My Fitbit insisted that I hadn’t slept well but I felt alright until I started yawning all morning. Had woken up at six, did my morning routine up until where it says, „write for 25 minutes“, started researching executive function disorder and made breakfast a little too late.

My husband showed up early so we got into each other’s way while making our respective breakfast. I crocheted a bit. We talked. I crocheted some more and did the dishes. I read „Mind over Matter“ while brushing my teeth and it said that the people who think they have lots of self-discipline are more self-disciplined. I can’t quite decide it that’s because the have experience with it or if it’s just a self-fulfilling prophecy so I decided that I had lots of discipline, willpower and energy.

I made deodorant, something I had been procrastinating about for weeks now, went running and actually ran all my running intervals. This is huge. Besides the willpower-thing I also had help from the weather. It was a rather cool day: 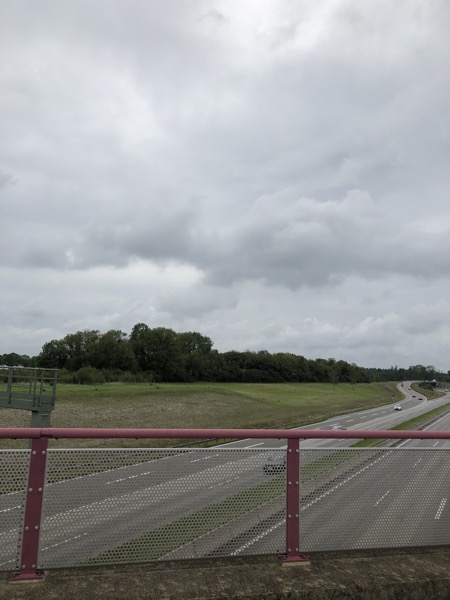 Shortly before I took this photo at the halfway point I had met my husband who was wearing a rain jacket, scarf and hat because of the cold and the drizzle. This is what I was wearing: 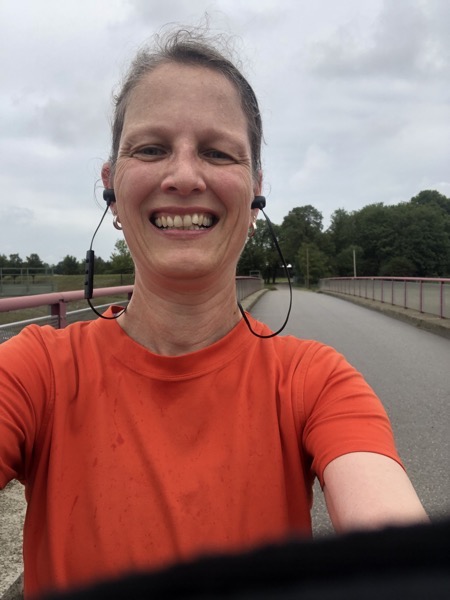 And at times I wished for shorts. 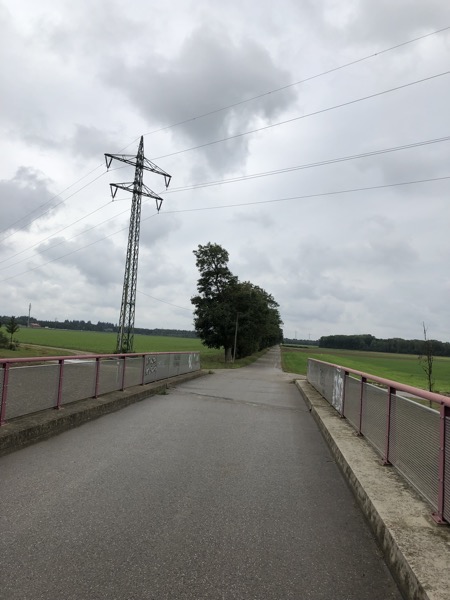 Back home I started being totally cold again. I had wet feet and my socks were all muddy.

We made chili for lunch: 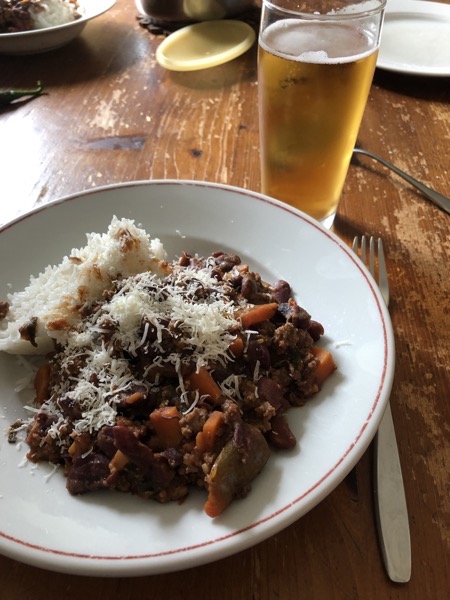 Since I never get anything done after lunch these days I decided to trick myself. I did the dishes the minutes I was done with eating, put the sewing machine on the table and set a timer for 45 minutes. I had a very nice break, reading and looking at Instagram and drinking tea and when my timer went off I only dithered for 15 minutes or so before putting a load of wooly things into the washing machine and starting to mend my orange dress (yet again) and to work on the yoga pants some more.

Unfortunately I was all out of thread for both the yoga pants and the t-shirt I want to make. But there was progress. I hung up the socks and such and there was this: 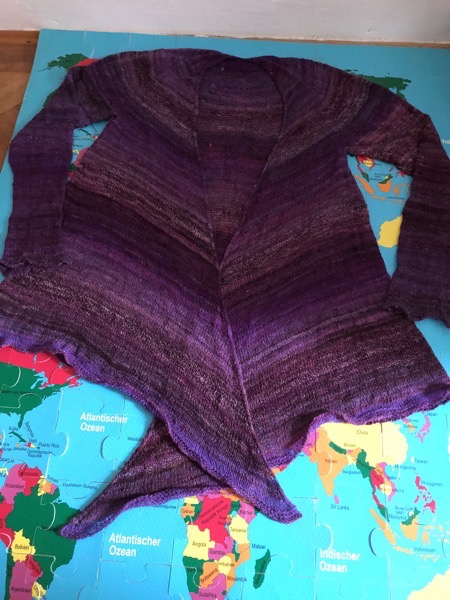 I had planned to block this Comodo cardigan properly but then decided that laying it flat would be good enough.

I cut the waistband for the yoga pants, sat down and did some thinking about the teaching website and called it a day. Started writing this post, made myself another cup of tea instead of eating something, read some more of the Seanan McGuire book, brushed my teeth, watched Star Trek with the boy while doing more crochet (the blanket is almost two-thirds done), journaled and went to bed.

So a pretty good day, apart from the fact that there was again no writing and no music.

Today I want to do some stretching in the morning and work a bit more on the website and do the homework for the writing workshop I’m taking. (Nobody but me will look at that homework but I thought it would do me good.) And prepare for the next podcast episode.