I woke up at six after a restful sleep. Did all the morning things including writing 700 words. Lost half an hour to the internet somewhere.

There was breakfast. My husband showed up and told me stories about Carlos Santana. And about carrots as one does. The boy was late, I crocheted. The blanket is almost half done by now. We ran out of bananas. I did the dishes and cut my husband’s hair and went running: 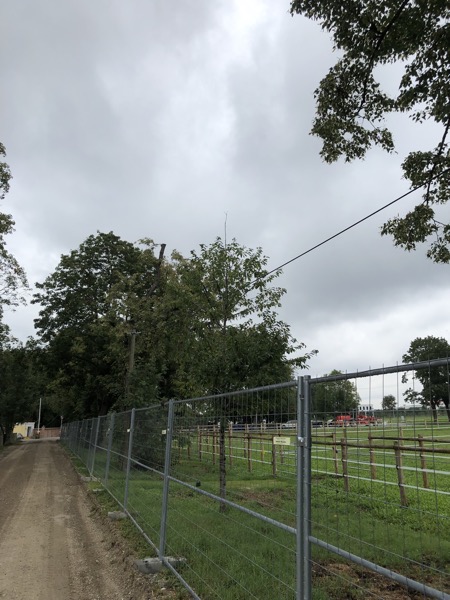 The weather was gray and cool, prefect for me. 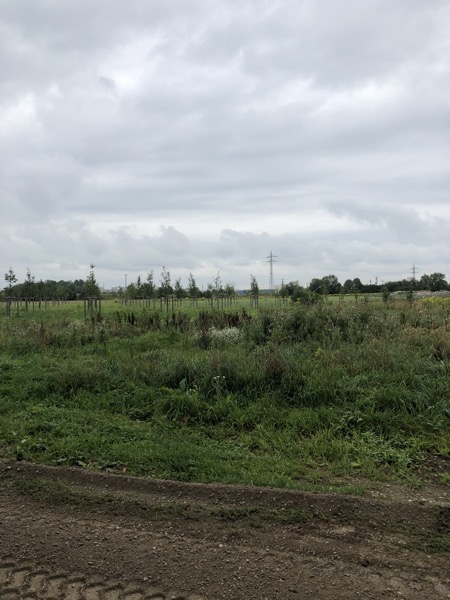 I ran 8.2 k, and this time I actually ran all my running intervals apart from ten seconds here and there.

Since we had run out of bananas I decided to do the health food store run a day early. Which resulted in all of us having lunch half an hour later than usual. Which my husband didn’t like. Well, none of us did. But the food was good: 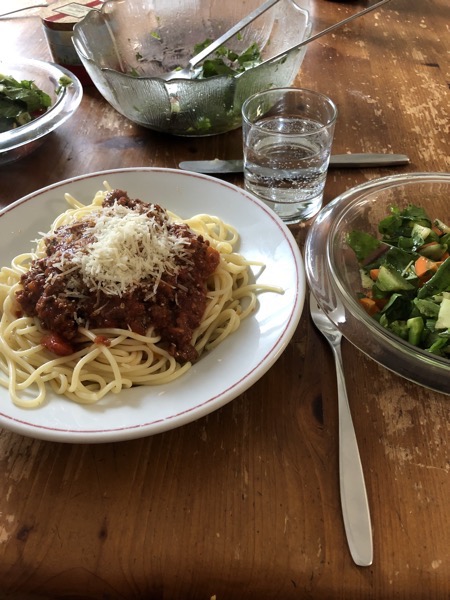 And I just realized that we have been planning to make pasta three days in a row. But no, my husband changed the plan to include beans today.

Then I fell into a kind of slump but recovered and finally took a shower. And just when I was starting to do what I had planned for the day my husband showed up again and told me that his life insurance money had arrived. His parents bought a life insurance for him decades ago and dutifully paid for it for years.You see, my husband’s family is one where people quietly squirrel money away and put them into savings and then, years later, they have money. And there are emergency funds. So when the furnace breaks down there is a cache of money that you can use to pay for that. I think that is a great way to do it.

So, that life insurance thing was one that ended after a certain amount of time. And my husband got the money back plus interest. Which was quite a substantial sum. Enough to cover the rest of our mortgage and buy a nice new guitar and a sofa.

So after making sure how much money it was my husband and I spent most of the afternoon looking at different models of Gibson Les Paul Standard to decide which one to order for him. He wanted it to be as light as possible, with nice-looking grain and the right neck profile. Also, not too expensive. We did settle on one and I think he will be pretty happy about it.

But. There went my afternoon.

It was time to hang up laundry and then watch Star Trek. We watched the last episode of season four of Voyager and the first Vic Fontaine-episode of Deep Space Nine, both really excellent.

So, all in all a very good day, only I didn’t write as much as I wanted and I did no work on the teaching website. Oops.

Today I want to do everything I didn’t do yesterday, maybe go to the bakery and seem other stuff. Somehow the days are always shorter than I think they are.