Woke up at six and for once had gotten enough sleep. Well, almost. The Fitbit says I ran two minutes short.

I did meditate for five minutes, write morning pages and then lost some time online. I thought I would make up for it by writing on the train. (Spoiler: I didn’t.)

I had breakfast and tried to get the sock-in-progress to a point where I could take it with me on the train but failed. I am at that awkward stage where you turn the heel and I’m losing stitches right and left and have to be super-careful not to end up with the dpns falling halfway out all the time so I just packed the spindle. Which I carried all the way there and back without taking it out.

I was almost early enough to be completely ready before my husband showed up so that we could talk a few minutes before I had to leave.

I had decided to wear my trusty denim skirt with a t-shirt, leggings and bright red hand-knitted socks that were corresponding to my red backpack and bright red rain jacket. Also a hand-knitted cotton cardigan. That skirt always looks a little ridiculous but it is great for traveling because it is sturdy, it is a wrap-skirt so the width is adjustable and it has these huge pockets.

I walked to the train station and went to Munich. Then changed trains. The train to Nuremberg was pretty empty. I did not write on the train. I told myself that I couldn’t because there were no tables or trays on the train but really, I just don’t like writing on trains and should just accept this.

Instead I read. I almost finished „The 15 Secrets Successful People know about Time Management“. I have to say that the second half is not as good as the first one and, as I said before, I didn’t really learn anything new. But then I have been reading these kind of books for decades. I did finish „Furtive Dawn“ by Helen Harper and have to say that I liked it better than the second in the series, it was a very satisfying end to the trilogy. And then I started „Saphir Flames“ by Ilona Andrews. I am a third through by now and this is really, really good. I might have to dissect this one to see how it’s done. These two are just so good. (Ilona Andrews is a husband and wife team writing.) I mean, Helen Harper is good and what I’ve read from her has a cozier feel to it which means the pace is not as fast but still. I pick up anything from Ilona Andrews and it pulls me right through the book. I’d love to learn how to do that eventually.

Speaking of pacing I did watch another lesson in the pacing workshop. Next up is the first assignment which I still have to do. When the workshop was recorded they did it in weekly installments with homework assignments. I bought it when it wasn’t live anymore, so I can’t send my homework in but I can still do it. And I’m determined to do it because I bet I’ll be getting more out of it that way.

When we pulled up to Nuremberg it was raining so I put my rain jacket on. And then it stopped again so I put it back into my backpack. Over the course of the day I was shedding one layer after the other until I was in just t-shirt, skirt and shoes. Everything else went into the backpack.

Since I often have trouble deciding where to eat when I’m on my own and don’t know the place I’m at I actually looked on the map beforehand and decided to have a burger at the hipster burger chain that the boy likes: 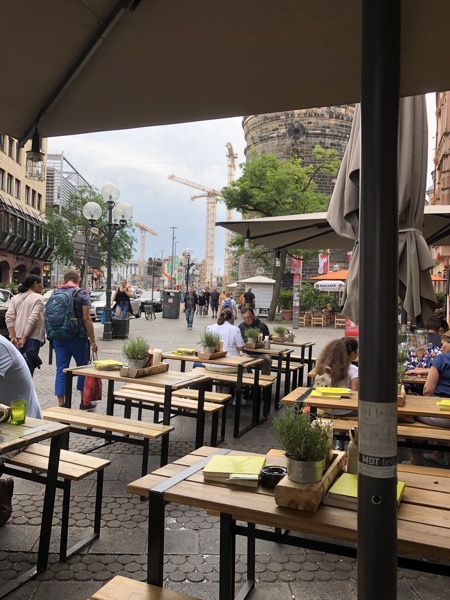 And the food didn’t disappoint: 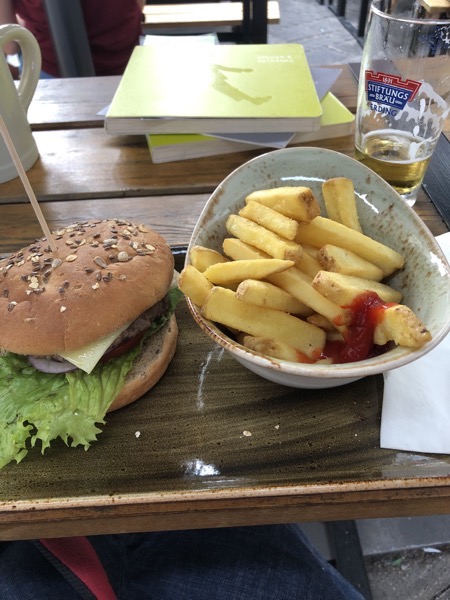 Since I had the lunch menu and there was a warm beverage with it I did drink my one cup of espresso for the year: 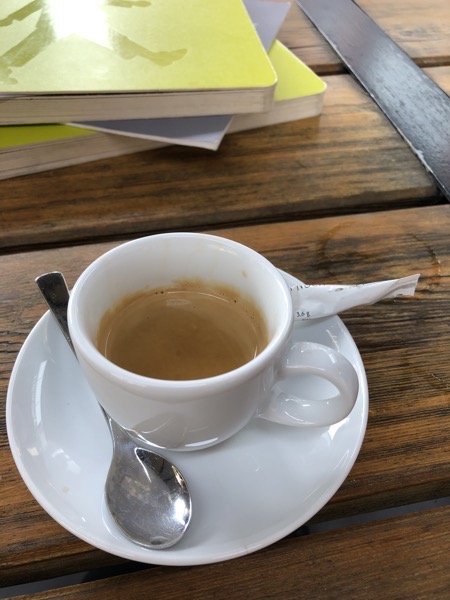 Then I walked around a bit to look at the city and then I headed to the Germanic National museum. I only managed to see a small part of the exhibits. I saw the musical instruments, some everyday items from medieval times and all the clothes, of course. I took oodles of pictures but won’t put them all in this post, sorry.

This was interesting, fabric printed so that it could be made into a waistcoat easily: 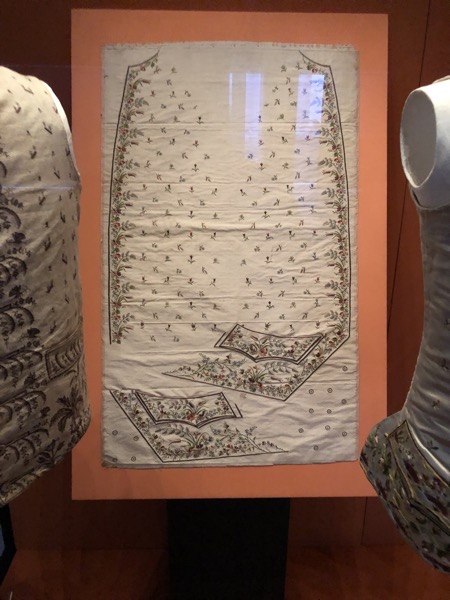 And I guess this is what one of these would have looked like: 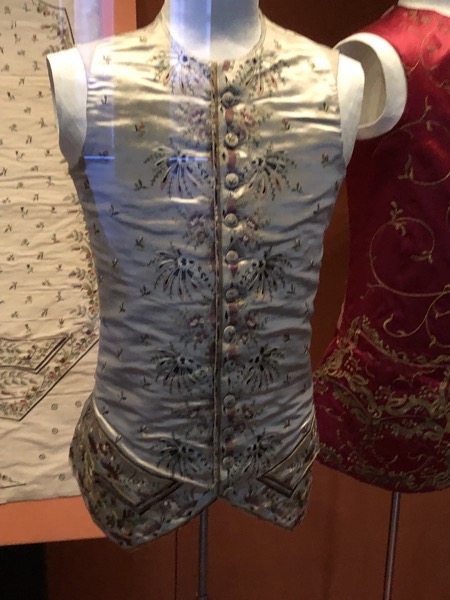 Though I can’t quite figure out how they pieced it together, there must have been a seam on one of the fronts.

I also looked at some of Franz Marc’s sketchbooks and then I had to stop looking at things because it was almost time to get back home again.

I bought some junk food for dinner, boarded the train again and went home. I read all the way and while changing trains I listened to podcasts. Oh, and I have now found out that Google maps doesn’t give me audio clues anymore while I’m wandering around. It’s the Bluetooth earphones. When I was in Hamburg I had found that the audio cues only worked with the earphones plugged in, not with Bluetooth. Well, so I just used the other pair of headphones. But. My new phone does not have a headphone jack. Oops. That made things more inconvenient. Not impossible, though. And I was still in a major tourist area where you have all the signposts.

When I came home my husband was busy practicing drums in the basement. I sent the boy a message and shortly afterwards we were all reunited. My feet hurt.

I took a shower, spent some time only, started writing this post and went to bed.

Today there will be the cleaning of the house, some writing (I hope), lunch at one of the Greek restaurants in town (the boy has lunch with my mother-in-law again), the publishing of the podcast and lots of slumping, I’m sure. Because while day trips are fun they are also exhausting. But totally worth it.