Since I had gone to bed way late I was rather tired when the alarm went off. I had contemplated not setting one but had hoped to magically get enough sleep between eleven and six. Ahem. Bow to the power of my logic. (I need eight hours of sleep minimum, by the way.)

So I basically gave up right there when I woke up, The day would have been packed if I had followed my initial plan. I had even put everything important into my calendar, you know, time-blocking everything. Well, apart from the supermarket run because when I did put everything into the schedule I hadn’t planned for my upcoming day trip.

So I continued reading „Help me!“ by Marianne Power about her year of trying self-help (spoiler: it didn’t make her a completely different and perfect person just by snapping her fingers), crocheted two more stripes on the crochet blanket (I hight be a little obsessed.), walked to the grocery store in my new and shiny running shoes (They fit! And don’t hurt my feet! A miracle!), went running but gave up after 2.5 kilometers: 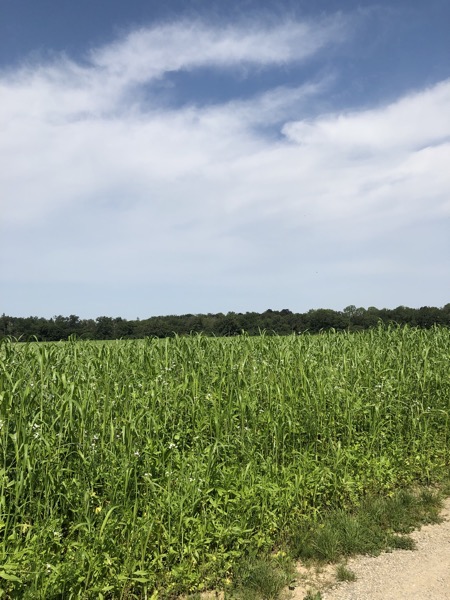 Unfortunately I still had to walk home after that. But there wasn’t much more running. 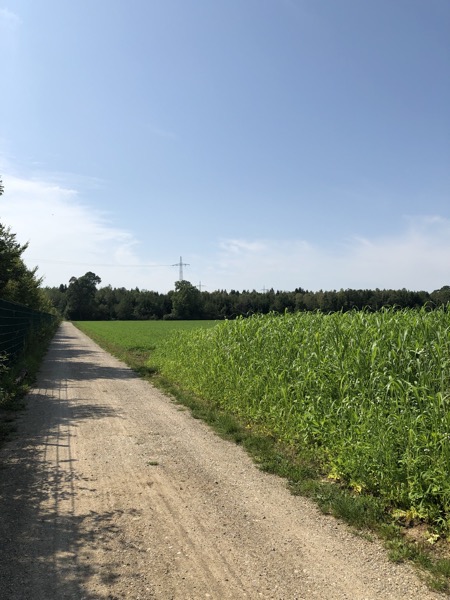 I think I’ll repeat this week of the Couch to 10k-program next week.

Then I helped to make lunch, took a quick shower and ate lunch: 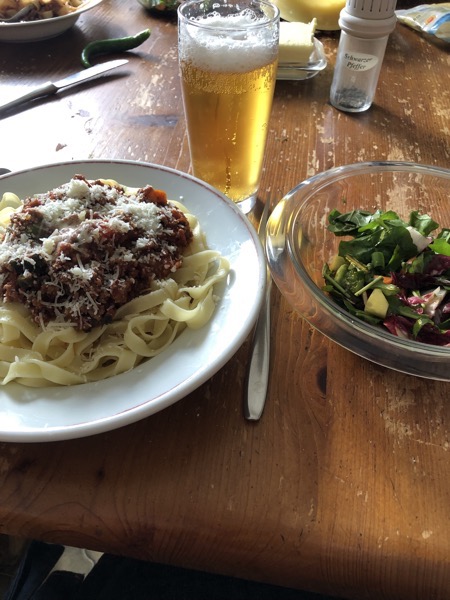 Did the dishes, had a short break, taught a student while her baby was watching us, procrastinated for half an hour, got the podcast ready for uploading, taught another student, started writing this post, answered some email (but not all), prepared for today’s trip by downloading the map for Nuremberg and buying a train ticket and then watched some Star Trek with the boy.

In between students I had taken yet another look at the 3-day-novel contest. I read everything on the website yet again and briefly thought about participating. It takes place next weekend from Saturday through Monday and you attempt to write an actual novel start to finish in that time.

A short novel has about 50,000 words, maybe 40,000 (though that is very short these days) and so you would have to write between 13,000 and 16,000 words a day. Which would mean to sit down and actually write for something between ten and sixteen hours per day.

Maybe I am better off just developing that daily writing habit I’ve been reading so much about.

Of course, today I will be writing all the words on the train. Because I always write so much on trains. (Um, no, I never do. Trains are not calm and quiet.) Well, maybe this will be the one time…

I’m also taking a spindle, I think, and something to read. I’ll be spending six to seven hours on trains, depending on which connection I’ll take, and maybe four hours or so in Nuremberg. But I’m really looking forward to it.

I’ll be taking all the things. The only other things I’d need if I were going away for a weekend would be toiletries and pajamas.