Woke up before the alarm and was spending time on my phone on social media right away. Not good. I did meditate and write for 25 minutes but that was it.

I went running and it was mostly fun, also hard: 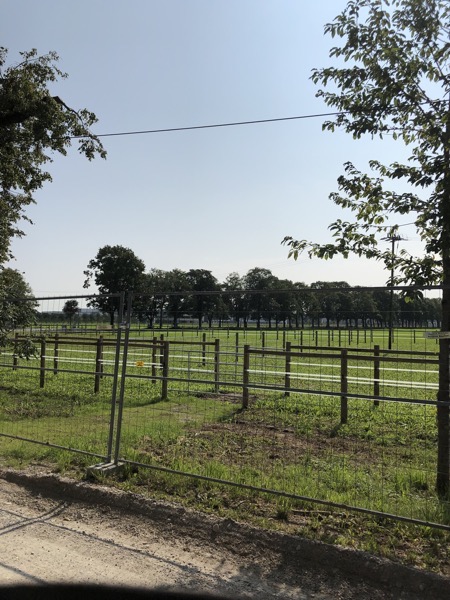 I am now doing intervals of four minutes of running and two minutes of walking. I might not have run for all of those running intervals. Maybe I will need to repeat this week, we’ll see. 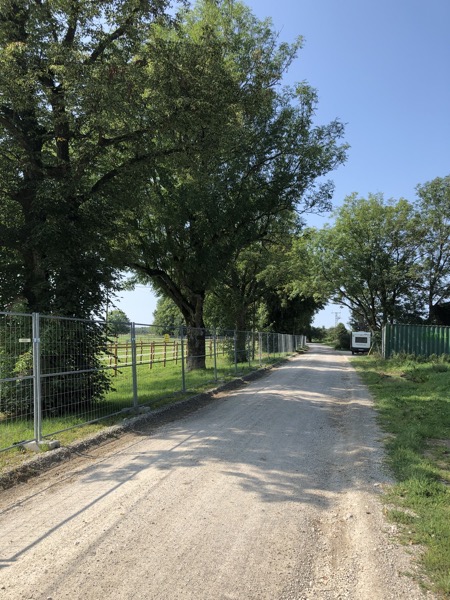 On my way back my left foot felt like there was a stone lodged under the ball of my foot. That was somewhat painful. When I came home I found that the new pair of running socks that I had worn for the first time already had a hole.

I examined my shoe. No stone. I examined it again and felt something. Turned out that the shoe was disintegrating, a bit of the material had bunched up and I had almost run a hole through the sole. Huh.

I thought that I had bought those shoes just a year ago but in fact it was two years. I went online and found another pair for two-thirds of the price. Vibram Five Fingers are pricey so while the new model seems to be a bit more water-resistant I can run with wet feet for a bit longer if it saves me 45 Euros. I have ordered one size up so that getting them on and off might be a little easier.

I took a shower while my husband was mowing the lawn and helped with making lunch. We were late again but only by 15 minutes this time: 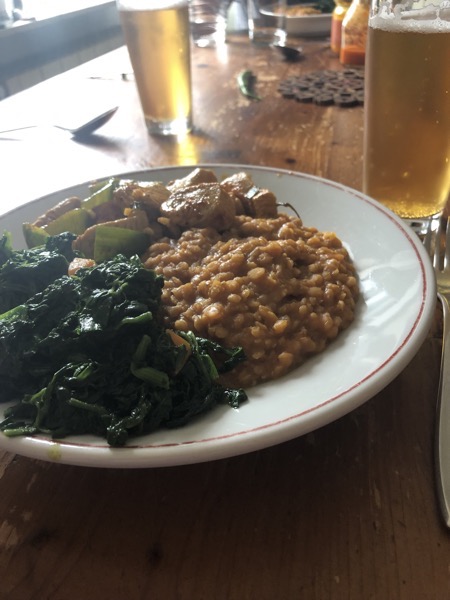 I did the dishes right away, took a break for reading (almost bought yet another book but consulted the book budget beforehand) and then took the old Kindle keyboard apart to change the battery. I had pulled that one out so my husband could read a particular book and when I tried charging it I found it dead.

But. I had ordered a new battery years ago. Taking it apart was rather easy: 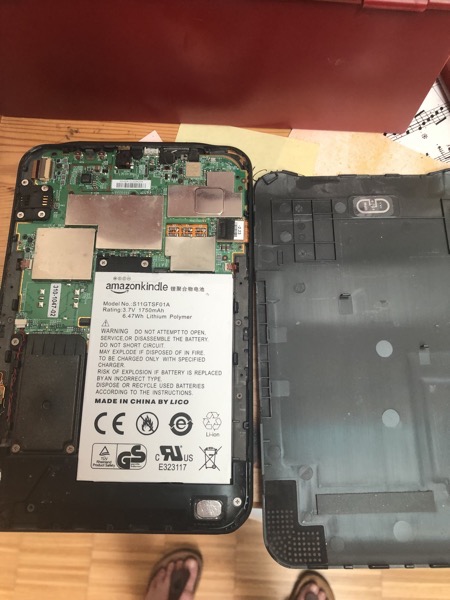 Put the new battery in, plopped the cover back on and voilà: 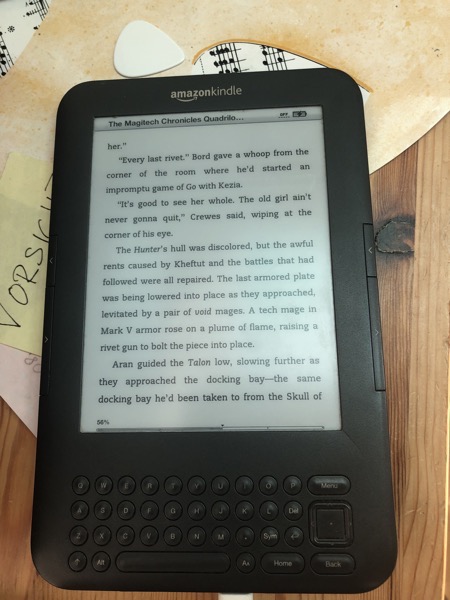 I am rather attached to this Kindle, I bought it as soon as I could, when you still had to order from the US and have it shipped. I’m not quite sure but it might be ten years old at this point. I can’t seem to find out when I bought it.

Then I recorded the podcast with only a few technical problems, had a long conversation with my husband regarding his choice of Les Paul (he is still spending a lot of time looking at different models, thinking about pros and cons for all of them).

The boy and I watched some Star Trek, I failed to write more words (which makes me rather behind already), bought the new book after all (I just moved 3 Euros from ‚groceries‘ to ‚spending‘, no biggie) and stayed up too late reading. This bodes well for today, don’t you think?

Today there will be some grocery shopping and some teaching. No idea what else.