Going to bed on time makes you get enough sleep, wake up earlier and have more energy.

Opening the Daily Stoic on my ebook reader makes it the first thing I see when I open it in the morning which means I don’t forget it and read the quote for the day.

Telling myself that I only have to sit in front of the computer with the novel-in-progress open until the timer dings. No pressure, just a little light reading and maybe changing a word or two. Result: 500 new words and an idea for the next scene.

I got up, had breakfast only slightly earlier than my husband, knitted, talked with my husband, looked at some more pictures of Gibson Les Paul guitars (choosing a guitar is even more serious a business than choosing yarn, slightly more expensive too) and waited for the boy to show up.

Since I was convinced that the boy would be extra late again I re-applied trick 3 again and wrote some more.

Then the bell rang and the guy who was scheduled to look at the broken glass above the entrance to the annex. He was actually rather nice and businesslike but won’t be able to help us because his company doesn’t do glass. So that went both better and worse than expected.

Dishes and such and then I went and ran errands. The tea shop, the post office and the health food store. I almost didn’t get stamps at the post office yet again because it was already so late but applied

Think of future me and do her a favor. And since I was so late the post office was rather empty, there was no line and I was in and out in no time. And now we are all set with stamps for at lest a year.

When I returned home it was already lunchtime but lunch wasn’t ready yet. Ultimately because I decided writing was more important than eating on time. The boy was even helping with the cooking. I unpacked the groceries and entered the fray. We had homemade pesto Genovese with spaghetti that my husband had brought from Italy and salad. All veggies and herbs were grown in our garden and it was delicious: 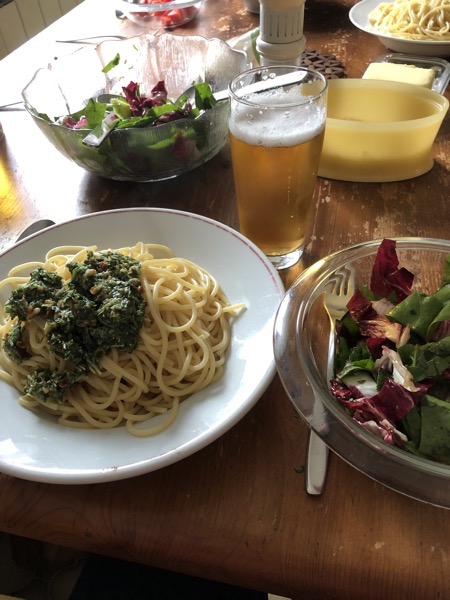 I did the dishes right away (another trick, the longer I wait the harder it gets), watched a little more of the lecture about research for fiction writers and did a round of social media. Right in the middle of that I remembered that I had wanted to try out a new trick,

Putting the sewing machine on the kitchen table after lunch to get myself sewing again. 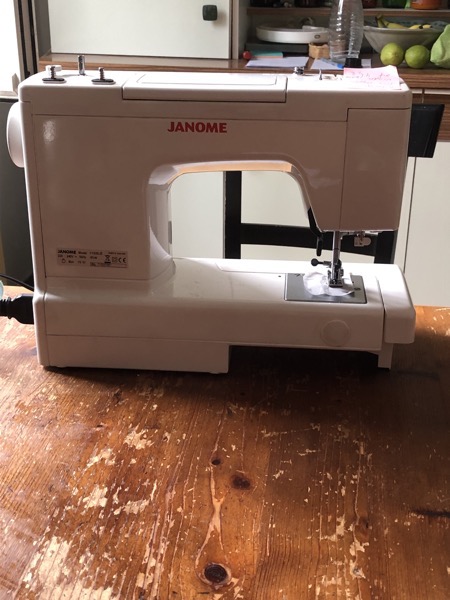 And it worked. It took my husband reminding me on top of the silliness that would have been putting the machine back without using it.

I sewed one seam on the black yoga pants, decided that the next step will be to cut out a waistband. The pants are sitting way lower than I would like but I have enough fabric left over that I can cut a generous waistband to make them fit better. I’m not quite sure how long I want the legs but I’ll decide that after the waist is done.

I also did all the mending that I needed the sewing machine for: 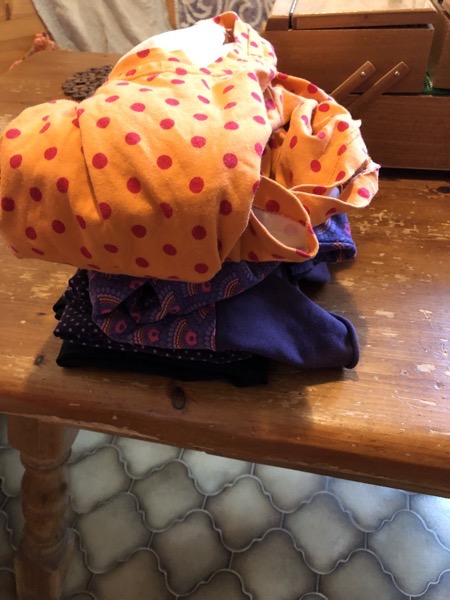 Two dresses and two pairs of leggings that had ripped seams. 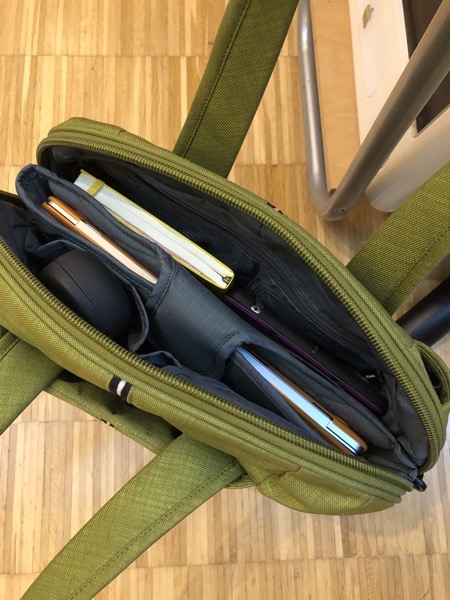 I think that might have been a great idea.

Then it was time for my next trick:

Set a timer to remember brushing my teeth before watching TV so that I won’t snack late in the evening. The three of us watched the second half of the Woodstock DVD: 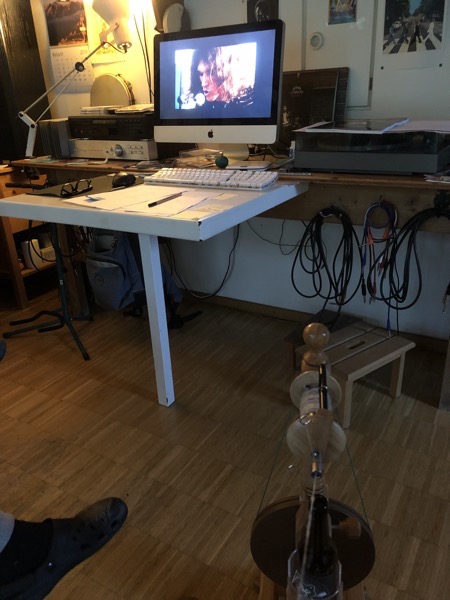 This time we watched it on my husband’s computer because he has that hooked up to a nice sound system and it turns out that watching a concert with better sound makes it much more enjoyable.

We finished watching that, I got ready for bed, started this post, read a bit a turned off the lights.

It would have been even nicer if all the things on my list would have gotten done but I am pretty happy with that day.

So. Today there will be running and maybe finally barbecue and I’ll be teaching two students. And the usual stuff.