And I didn’t get enough sleep yet again. And didn’t write before breakfast but that was to be expected with me being a little anxious about the MRI.

Had breakfast and got ready for that. Walked there and was on time even thought I thought I would be a little late. Had the MRI and used the time in the machine to meditate. The thing I find most unpleasant about the whole experience is having to take my glasses off. When I was returning to the cubicle with my stuff I had no idea which door to take. But everybody was very helpful.

The radiologist looked a little puzzled when talking to me about the results. „So, have you had knee troubles before?“ Yes, I had. „Have you had surgery?“ Nope. Seemed that my meniscus was looking like it had been operated on and smoothed. Puzzling.

I walked back home, the knee was alright so I talked a little with my husband, did the dishes and then went for my walk/run: 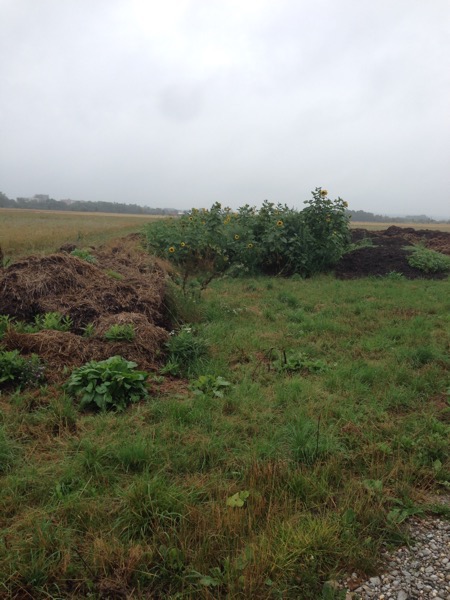 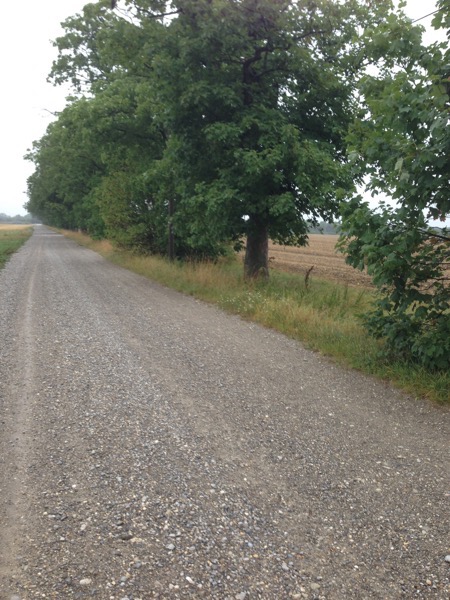 Then back home where a friend of my husband was visiting. Which made lunch rather late: 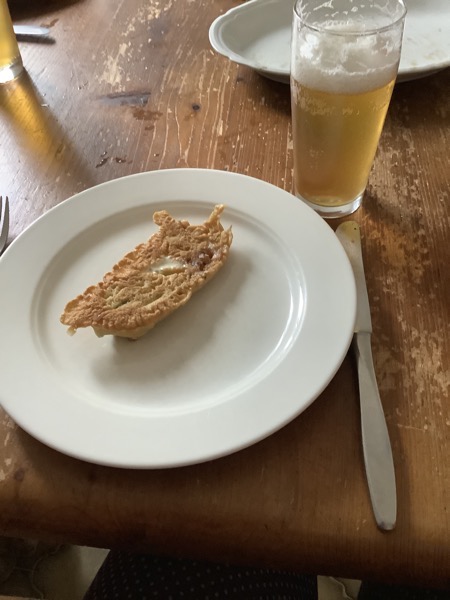 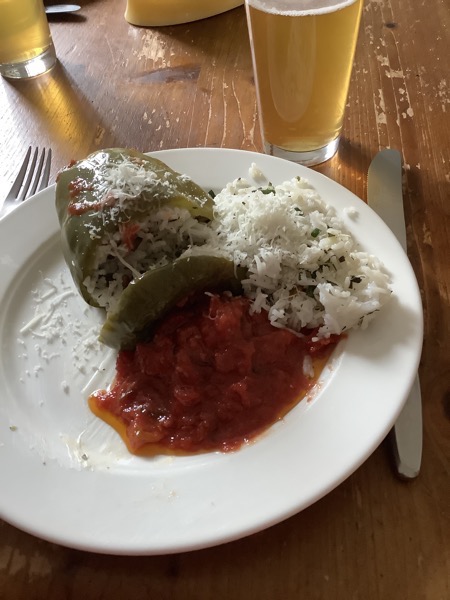 And then I went off again – this time without doing the dishes first. But I did finish „99 ways to tell a story“. Most excellent book: 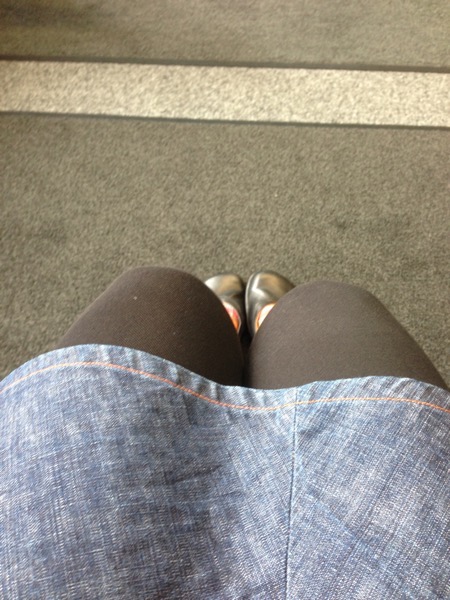 To see the orthopedist about the MRI results.

He was his usual non-talkative self. „We have the results of the MRI and everything is looking fine. You must have sprained your knee without noticing. You can move it normally. If it hurts, use the bandage, bye.”

Um, okay? I don’t think it was a sprain. Especially since the other knee is a little painful as well. I’m thinking that too much sitting around is the cause of the pain. That my muscles are tense and pulling the joints out of whack and that I should have stretched after exercise.

And I’d like to take a look at the old images of my knee from a few years ago when I first had that knee pain. Some time around 2013 or so. I might even have a CD with those images somewhere in the house. No idea if I can find it.

So, officially my knee is fine.

Now I just need to continue those exercises. Because if I don’t do them it starts hurting again.

On my way back home I went to the health food store. And then I collected the boy and we started the adventure of doing a video call with my mother. That was pretty funny. But we were victorious over technology. The boy and I were very amused when we sent her a screen shot of his phone with the camera button circled in yellow so she saw where to look for it and she still couldn’t find it.

Turned out she had tapped the screen shot repeatedly and that had somehow failed to connect us. But we stayed polite and didn’t laugh.

And when we finally managed to get that video call going it turned out that we didn’t know what to talk about so we ended the call after a few minutes.

After that my husband and I met to discuss garden care during his trip. He pointed out every little pot and plant. I do understand, he is leaving all his babies in the hands of a woman who doesn’t like to get her hands dirty and is allergic to basically everything. I will try to take care of everything as good as I can but I did draw the line at collecting and disposing of snails.

Then I helped him order some legendary pickups. It was one of those shops where they tell you to send an email or call and my husband had never dealt with something like that before. So I helped him to write the email and when there was an answer only half an hour later or so I helped him transfer the money from his bank account.

And then it was too late to write. Which was rather unfortunate because even with my reduced goal for Camp NaNo I still had about 13,000 words to go before Wednesday night.

I still decided to watch Star Trek with the boy. We saw another excellent Deep Space Nine episode that tied in perfectly with the kind of moral dilemma that the boy and I had been talking just minutes before.

Then I talked to my husband some more and finally told him what the doctor had said in the afternoon. I did my knee exercises at last and barely managed to turn the lights out on time.

Today there will be the panic before my husband leaves for his trip (it’s inevitable but at least he organized the packing much better this time), and I will teach two students.

And then I will attempt to write like the wind.