Well, I did get enough sleep.

Didn’t do much else, though. I had one of those days where I hang around waiting for it to end. Worrying about the knee in the morning but it was much better in the afternoon. The boy slept until 11 which threw another wrench into the schedule but most of all I was just off. Didn’t want to write or do anything else constructive, just read and eat.

My husband had a great idea for lunch, though: 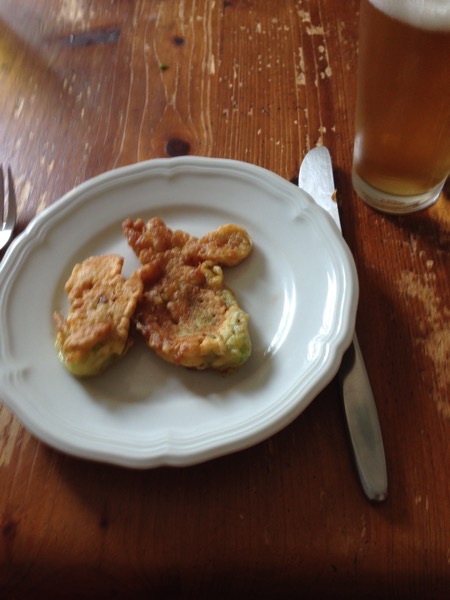 Zucchini blossoms again, plain and filled with anchovies and then: 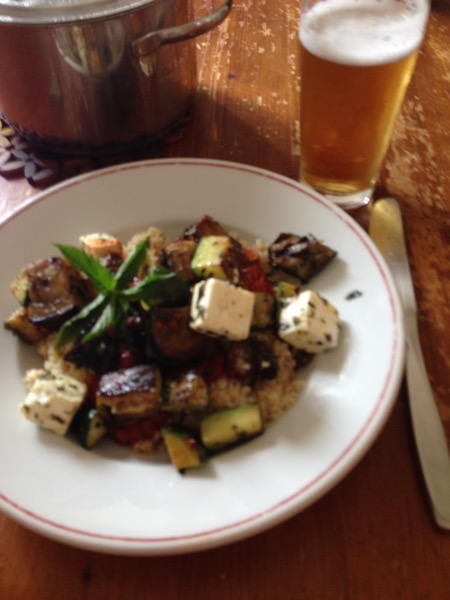 Zucchini and herbs from the garden.

I did the dishes right away and sat down to spin for a bit: 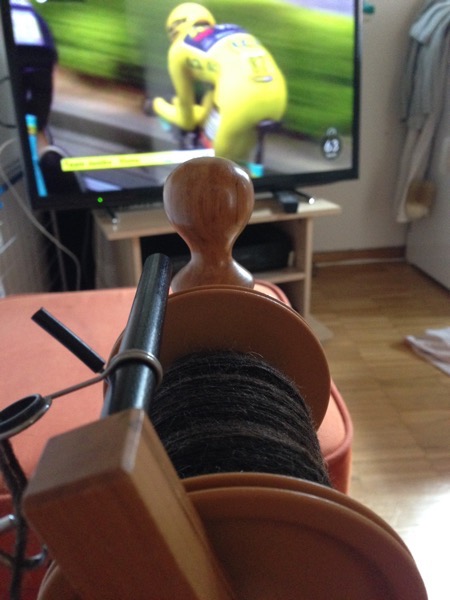 Had plans to be super-productive but didn’t do anything I had planned. I almost finished another book, though.

Then the boy and I watched some Star Trek. I had started the first sleeve on the Comodo cardigan in the morning and continued knitting on that. And then I went to bed early at least.

Today there will be all the things and teaching. No exercise still.