So for day now I’ve been doing that thing where I am all pumped up to be super-productive but then I don’t get enough sleep, don’t really do much all day but wish I were asleep, eat too much – especially at night – then get all motivated to do at least something in the evening and end up just sitting there with no energy to get myself to bed.

Yeah, that was basically my whole week.

I did get up early but it didn’t really help, the boy’s cheek is looking better but not back to normal, he came home around midnight the night before and had to get up earlier than usual because his class had to help with the yearly sport thing (Federal Youth Games) at school („Bundesjugendspiele“ for my German-speaking readers – it’s a thing).

My knee was both better and the same as the day before. I consulted Dr. Google, have deemed that it is most likely overexertion (dumb me) and that any real doctor would probably tell me to use the RICE protocol. Which I’m doing and it is starting to feel better. Which also means that I won’t be running today. Or Monday, I think.

I did clean the house and make pizza from scratch and fought the urge to start practicing drawing right away. I found a tutorial that looks promising and am itching to get into using my new iPad mini for this. Urges like that are usually a sure sign that I committed to something different. The minute I announced that music was my most important thing and that I’d spend all my free time and energy it was when I started this here blog, by the way.

And now you know why I usually avoid sweeping statements like that. 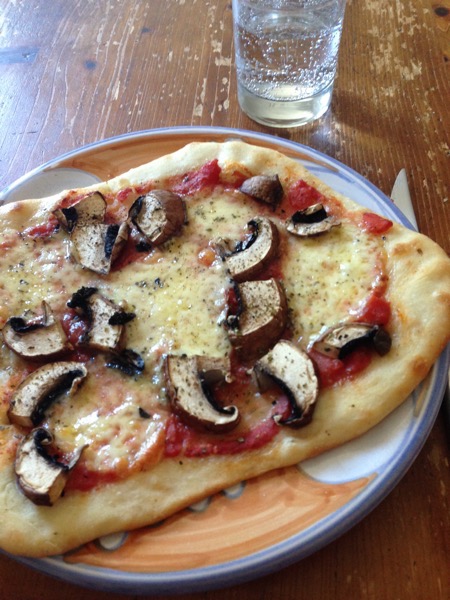 One of these days I’ll manage to actually make them round as well.

Then there was the teaching, one student after the other all afternoon.

I had published the podcast before my first student but only managed to announce it everywhere after teaching. Then I started writing this post, did a bit more planning for Q3, watched Star Trek with the boy and then I did a whole lot of nothing and went to bed on time for once.

Today there will be the start of the Tour de France and the Tour de Fleece which will find me in front of TV all afternoon. I am also hoping to write thousands and thousands of words, wish me luck.

I’ll alternate icing my knee with spinning. Sounds like a good idea.