I had turned my alarm off in an attempt to get more sleep and woke up at six all cranky. Opened all the windows wide and sat in bed reading for a while.

I had a late breakfast before my husband joined me, made a list for the day and knitted a bit.

We tried going running early but I didn’t leave the house until after ten. Fortunately it wasn’t as hot as expected. I ran another 5k which was fun: 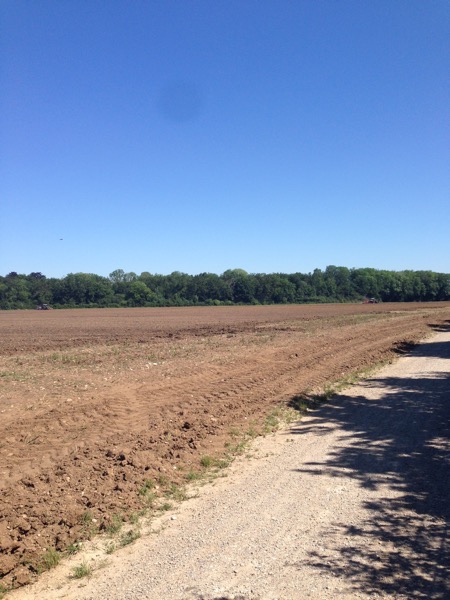 I did forget my hat: 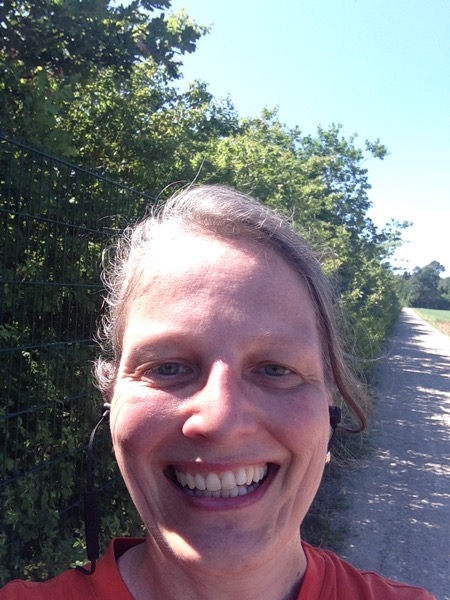 Back home I immediately headed out again to run some errands. I wanted to get a binder for my HB90 planner. I’ve been using the planner to plan quarterly all year but hadn’t printed it out yet. The selection of binders wasn’t the best so I got a plain white one. I also bought some bread because we wanted to have salad for lunch and only had sourdough on hand.

This time I did most of the cooking: 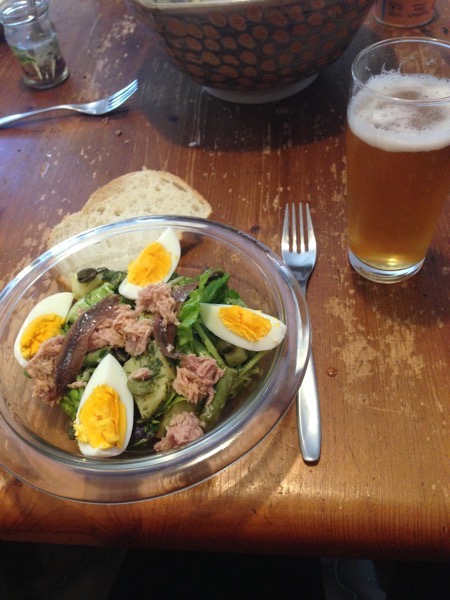 It turns out that making Salate Niçoise means needing three pots to cook potatoes, beans and eggs in. It was pretty good, though.

I made the boy help me with the dishes afterwards and then took a little break. I finally took a shower and tried the boy’s hair products. I have to say that I didn’t have any frizz after using them but I’m still not sure if I like them. In the afternoon I printed the planner and put it into the new binder and wasted a lot of time on the internet as usual. No writing again.

And then my husband informed me that the red currants were ripe and needed to be transformed into jam. I had totally forgotten about that and was angry at losing my evening. My husband didn’t realize that making jam on Sunday means doing the time-intensive work of cleaning the berries and making the juice the day before. While I am not all that keen on the making of the jam itself it is actually the fast and easy part of the jam making-process.

On the other hand we won’t be making as much jam this year as we used to do, first of all there isn’t that much fruit and also the only one who eats and likes it is my husband. And we can always give fruit to my mother-in-law who makes jam for the annual bazaar.

I did some strength training, I still got to watch Star Trek with the boy and I also ate some dinner because I was just so hungry.

And then I made red currant juice and went to bed.