When I woke up from the alarm at 5.30 I felt like I had barely slept but my Fitbit told another story. Seems I spent almost nine hours in bed with the lights out.

I opened all the windows immediately and it was blessedly cool at that hour.

I meditated and made breakfast, the boy got up and ready for school. I got an email about my rewards for the „Diving Kickstarter“ and had fun choosing a workshop and lecture. At current count I have 16 lectures and 2 workshops from WMG-Publishing alone and so far have only watched two of the lectures. I want to make time in my life to learn more about writing, so that will go into my plan for the next quarter.

My husband showed and I knitted on the cardigan for a while. We got going soon after that, though, because it was starting to heat up again. My husband always runs on Fridays and I was so motivated by finishing „Running is my Therapy“ that I decided to do the same: 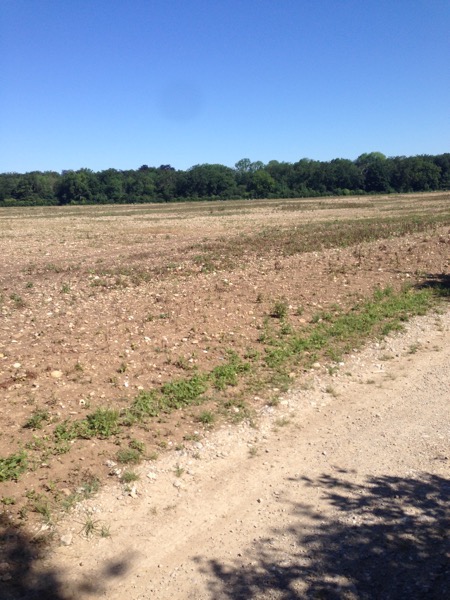 And this is how I look after 500 meters of walking and 2 kilometers of running in rather warm weather. I took way less walking breaks than usual: 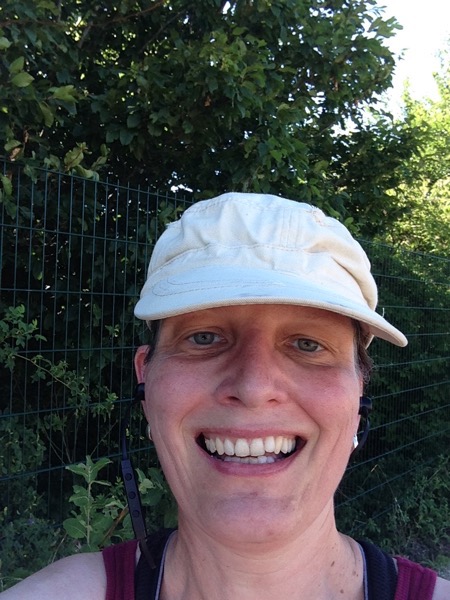 Yeah, I don’t do heat well. But it was great. That was the half-way point, by the way.

Back home I did the usual weekly cleaning and heated frozen pizza: 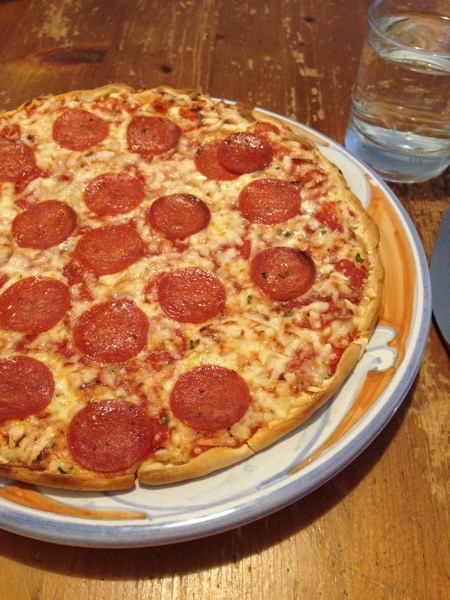 It was okay but the boy and I both felt less satisfied as if we had eaten homemade pizza. It doesn’t taste as good, there’s sugar in it and I never want to stop eating afterwards. So I guess next time will be homemade again. Tastes much better as well. And there are no weird ingredients in it.

Then I got ready for teaching my first student early. Between the first and the second student I hung up a load of laundry and practiced. Before the last student I had a longer break which I used to eat some sandwiches and talk with the boy about some stuff I needed help figuring out. You know, the thing that’s called ‚rubber-ducky debugging‘. But the boy can actually make suggestions too so it’s better than that.

Meanwhile the boy was in the basement whittling some more chess figures. They need to be done by next week so they really have to push.

After my last student we sat down in front of TV and watched some Star Trek and I spun a bit. Then watched the Alliance of Independent Authors’ Advanced Salon and turned out the lights.

Today there will be more running and I want to think about my goals for the next three months. And do all the things but we all know how that will go on a hot Saturday.