That was exciting. Everything is alright, though.

I did wake up shortly before the alarm and started the day by lying in bed unwilling to wake up. I had just watched a video about the importance of starting the day right for motivation and that was definitely not the right way.

Still. After three days of not writing I was pretty set on getting some words down. I started by writing morning pages because my mind was still reeling after talking to my mother, then I forgot to meditate and then I forced myself to write. After a slow start I managed to keep working on the novel for almost an hour, so that was good.

Then breakfast. My husband showed up late so I could finish another novel and switch to „Storm Cursed“ by Patricia Briggs. I worked on the Crazy Tee and managed to finish the body. Well, almost, there is some ribbing to knit and then the sleeves.

We were pretty late again but managed to go running anyways: 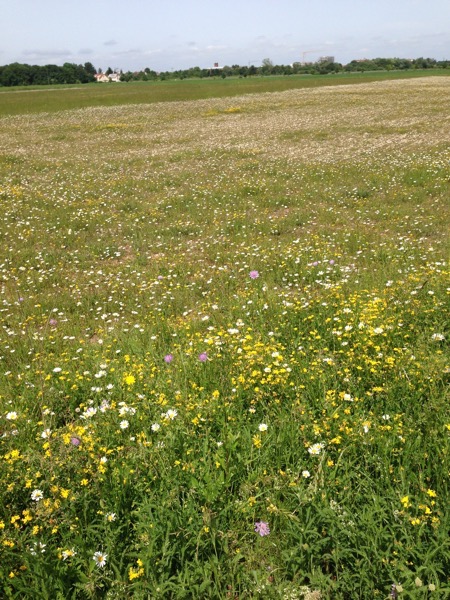 It had rained before but the run was nice and dry: 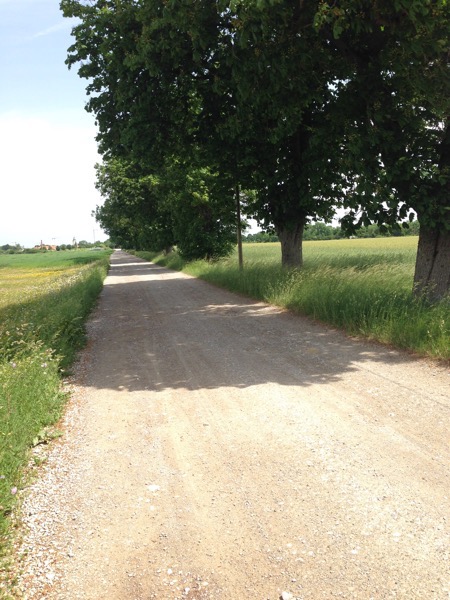 And then we made lunch: 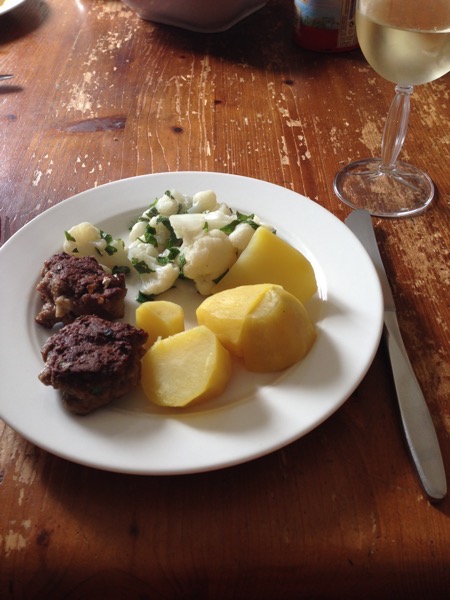 After that I did the dishes right away, took a break, then a shower and then proceeded to finish the taxes.

Not my favorite thing to do. But I did it and found out how to do everything and after about two hours of work I managed to send it all off. We still need to sign the paper copy and mail it but apart from that we’re done for the year. Phew.

Just when I was about to hit „send’ and felt like celebrating my husband came into my studio asking me if I had seen the weather and that there was a big thunderstorm coming. I had already seen that the sky was all dark and a little yellow and that this would be a doozy. I finished the taxes and sat there in front of my laptop when there was a rather weird sound coming from outside and right after some big things hit the roof. I thought, „Hail,“ and turned around again when the noise became so loud and the hits so hard that I fled the room because I was afraid the hail would come through the skylight.

This was what we saw when we looked outside: 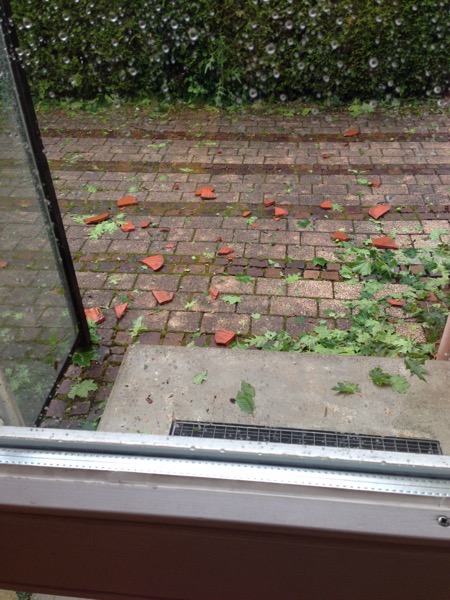 Those are shingle shards from our roof. The hailstones were about as big as a golf ball. My husband almost wept when he saw the devastation in the backyard. This is our porch, those poor cucumber plants were razed off: 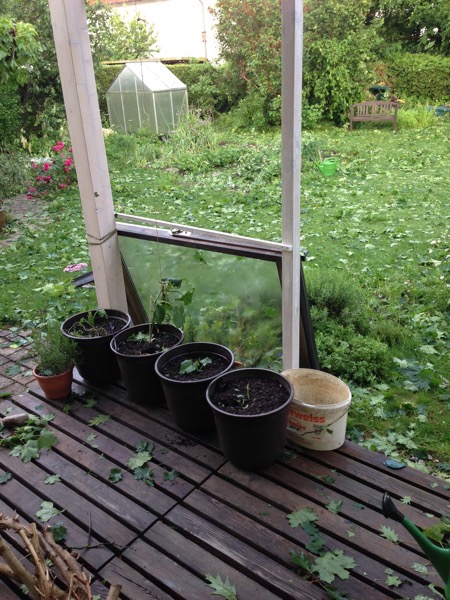 There are holes in the rainwater barrel where hailstones went through a bush, then through the water in the barrel and still punched through the plastic wall of the barrel.

At least the skylight held for which I am rather grateful, for a moment there I imagined what I would do if both my laptop and my piano would be ruined: 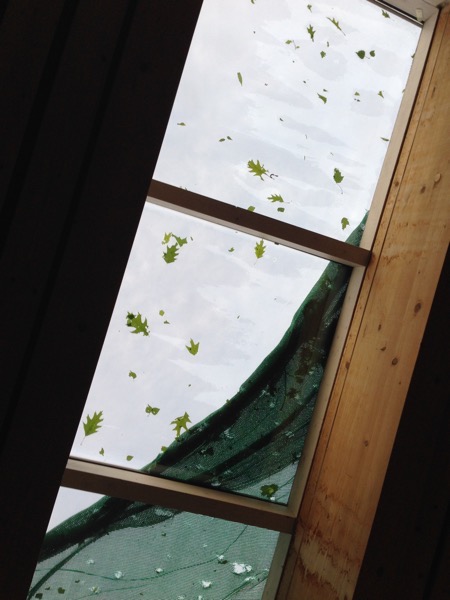 The tarp over the skylight got ripped half off and has holes all through. The small roof in front of the annex door is cracked, the greenhouse roof is broken and about half the plants are dead.

While we were still looking at the damage the doorbell rang and our next-door neighbor was there asking us if we were alright. Which was rather sweet. Apparently nobody was hurt. One of the boy’s classmates was out there riding their bike and ended up with bruises and cuts all over their hands.

So it seems we will spend most of the day accessing damage and documenting it so we can get everything back to order. Fortunately we do have insurance against hail damage, my parents-in-law saw to that after the big hailstorm in the eighties.

Still. It feels like half the maple tree ended up on the lawn but fortunately it is only small branches and a lot of leaves.

So I guess I will skip my short run today. The boy has already started helping my mother-in-law with cleanup. There will be more of that later and also a grocery run. Since the boy and I will be gone for most of the week we don’t need as much food as usual, though. And I have two students coming in despite Pentecost break.

We’re all a bit shaken today.