I didn’t sleep well with the going to bed too late and such but had turned off all the alarms and woke up at 6.30. I meditated for five minutes and then went onto the blog. Things were still as broken as ever and the support had not been helping.

Then I had breakfast. I had started a new novel the night before but found that I was not really in the mood for it in the morning so I started another „Fräulein Schumacher“-novel, the seventh in the series. I had just finished the two „Lily Duplessis“-Books by the author (Andrea Instone, highly recommended) and since the third one of those isn’t out yet I had to comfort myself with the mystery one I hadn’t read yet.

And then I turned back to the blog problem. Since the trouble had something to do with memory I thought maybe upping that might help. And I do need some more server space soon. With all those podcasts I will run out in a few months.

But since the support person had asked me to say where the „technical problems“-error occurred I tried replicating that one. And after a while I got an email telling me that there was trouble with my blog and that it had to do with one of the plugins. And when I deactivated that plugin I suddenly was able to upload images again. Huh.

Of course when I tried fixing a few other things that are going on with the layout of the blog and such I was locked out of my own site for a few hours again.

In between the whole blog thing the rest of the family had breakfast and we talked about other stuff. Like the fact that there is an autistic character on Sesame Street these days. So cute. The boy was the one who told me.

With all the blog stuff and then doing the dishes I was too late for my walk and decided to reschedule so I could help with lunch. We briefly thought about reaping the spinach and having that but I decided against it because we have a rule: no complicated cooking on Saturdays. Because of the running and the boy sleeping in and everything being later than usual complicated cooking on Saturday just derails the whole day. So we had chili again: 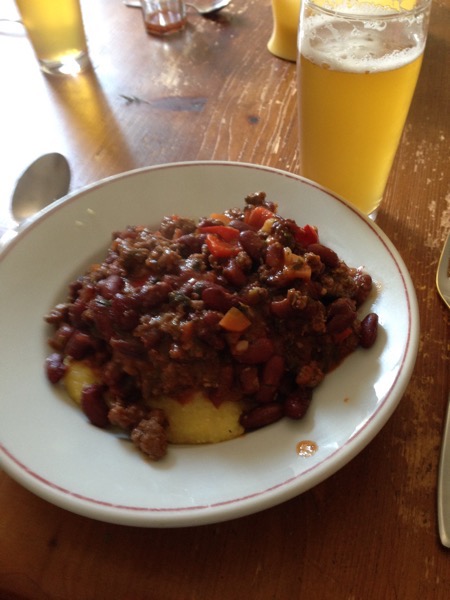 I did the dishes right away and the rest of the family helped. And then I did not fall into a slump and I did not watch the Giro but instead I watched two webinars on book marketing while spinning: 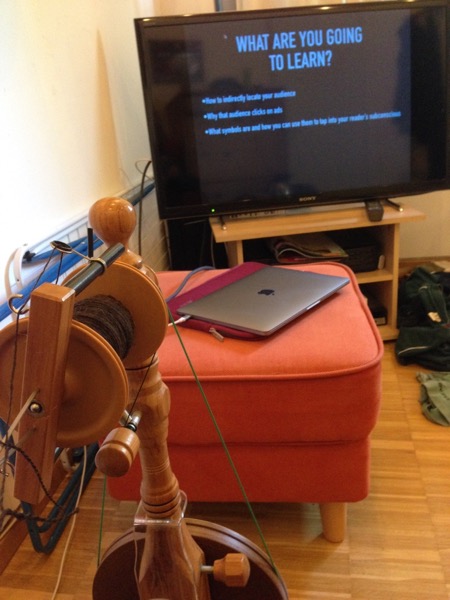 I have to say that I found the course on „Ads for Authors who hate Math“ intriguing (I’ll buy the book instead, though) and the course „Author Platform 101“ almost as interesting (it is three times the price, though, and I’ll and up buying – the book). I did learn a thing or two and managed to spin quite a bit of Corriedale. And the webinars gave me ideas for the newsletter and the podcast.

Then I finally went out for my walk: 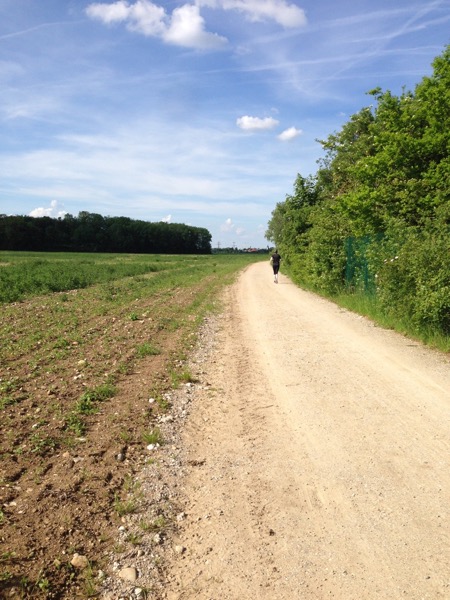 I took a shower and had dinner in front of TV with the boy. We watched two episodes of Star Trek. They were both pretty good but the Voyager one had some rather flaky pseudo-science. Good story, though.

And then to bed.

There were more things on my list but I’ll get around to them today, I’m sure. At least I did set up my bullet journal for June. Well, mostly, I haven’t gotten around to setting goals.

So, today there will be yoga and the writing of the newsletter and a lot of cooking for the dinner tonight. It’s all okay, because I have a list.