I did set my alarm for 5.30 even though that meant not enough sleep.

And promptly spent half an hour on the internet. Might have been better spent on sleep. But. I did manage to write for 45 minutes. Phew.

Then the usual, breakfast with the boy and with the husband who is feeling a little under the weather. I did persuade him to skip running at least for the day.

I dawdled and knitted and read „Prince on Paper“ which is a wonderful book, and then I made myself run, very slowly, with a lot of walking for 7 k: 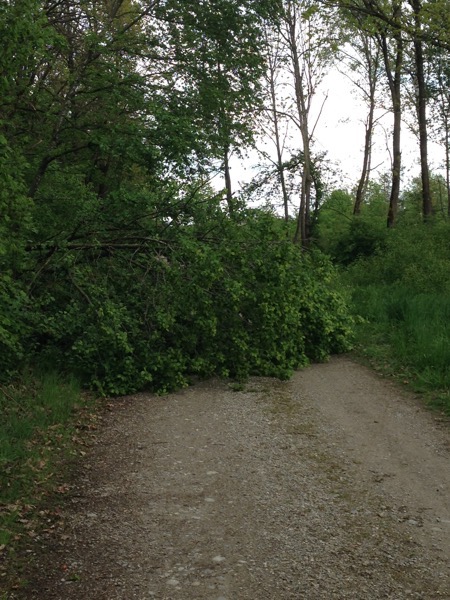 A tree fell on the path but it was rather easy to pass. 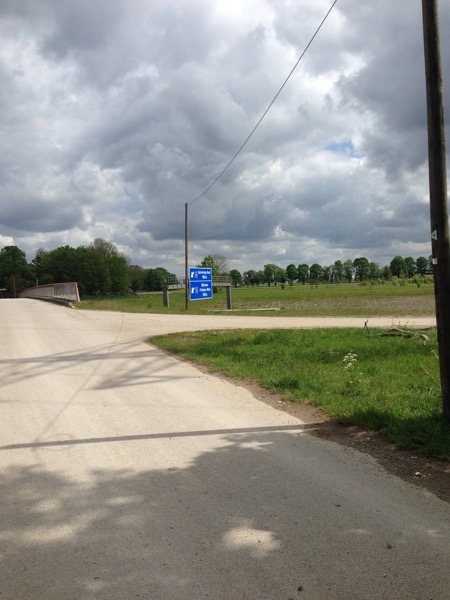 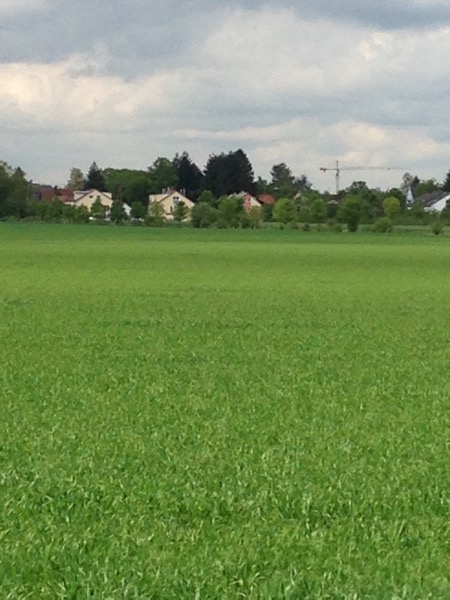 The weather was nicer than it looks in the pictures.

I went back home and helped making lunch. First there was a completely failed attempt at asparagus soup with way more salt than anyone needs, unfortunately: 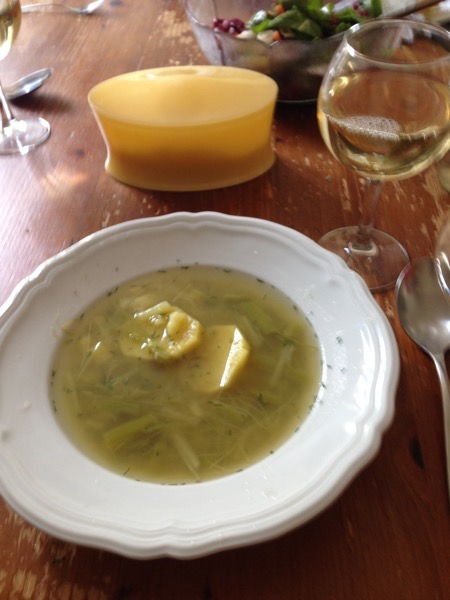 On the bright side we did have some pretty tasty spaghetti bolognese and salad: 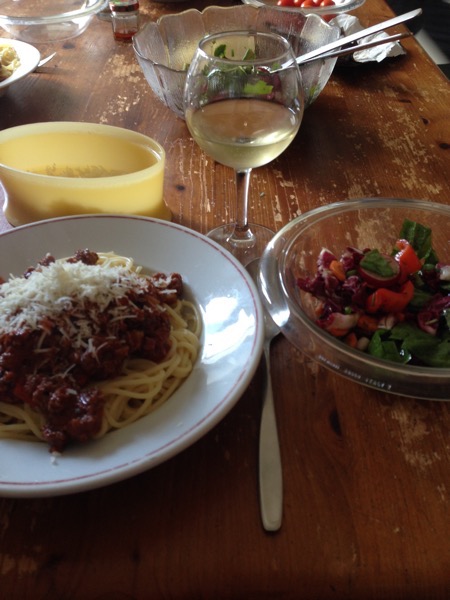 Then I talked with the boy for an hour, did the dishes, took a shower and got ready for teaching.

My first student didn’t show for her rescheduled lesson. Second and third were there and delightful as always. Fourth and fifth student of the day both called in sick.

I tried working on the website and wrote some emails. Then the doorbell rang and another potential new student showed up. Neat.

Then I did some bodyweight training with the boy, got ready for bed, finished „Prince on Paper” and turned the lights out.

I’m hoping for more of the same today with added grocery shopping and an earlier bedtime.