Woke up at six after a long sleep and didn’t feel tired for once. Made breakfast and ate it, did not meditate or anything but was instead thinking about the day ahead. And I did all the lists and took all the pictures in preparation of the podcast.

My husband slept a little later than usual so I went out to the bakery and the butcher while he was making his breakfast. I wanted to get there before they were out of Brezen.

And then I decided to try and get the podcast recorded before out guests would arrive. I put on makeup, set up the lights and microphone and the old computer, found that I had to configure GarageBand again and had some technical difficulties that meant I ran out of time for recording. But. Everything was set up already.

Our friends showed up exactly on time and we had a nice chat and later some Bavarian food: 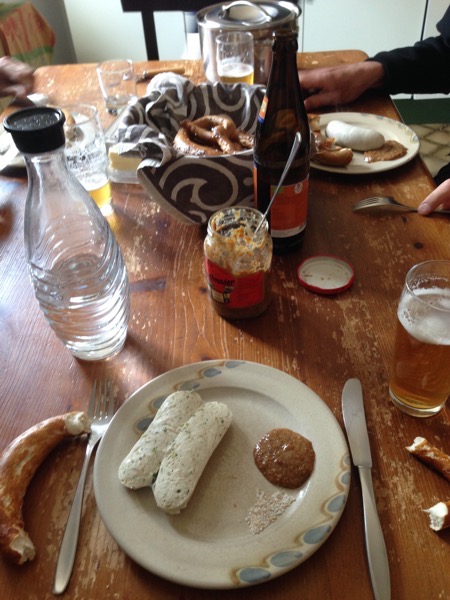 They left pretty early which meant I now had some time left for the podcast. Recorded that on the old laptop without a hitch. The video quality might be a little worse than on the new one but at least everything was working.

Then I taught my students, started writing this post, had another Breze for dinner and worked on the podcast some and went to bed early.

Today I want to finish the podcast, clean the house and teach all the students. And watch Star Trek with the boy tonight.