I turned off my alarm and woke up at the ungodly hour of 6.30. Meditated and wrote morning pages. No novel-writing yet again.

Had a late-for-me breakfast and was finished right before my husband showed up. We talked. And talked some more. And did the breakfast dishes and lo and behold – the boy showed up as well.

My husband headed out for his run while I was doing some urgent book research and thinking which made me late for running. I mostly walked anyway and cut the run short to only 5k. The weather was beautiful: 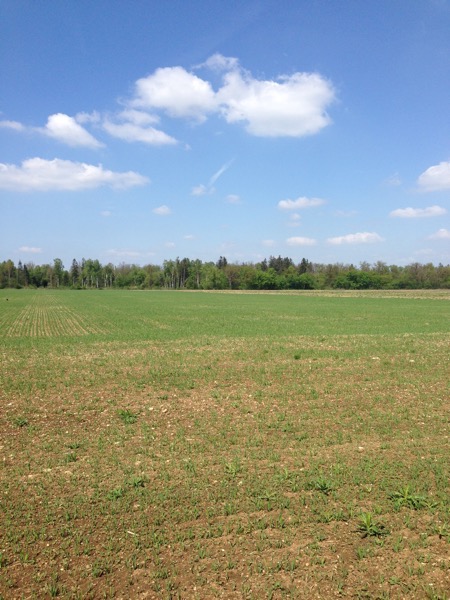 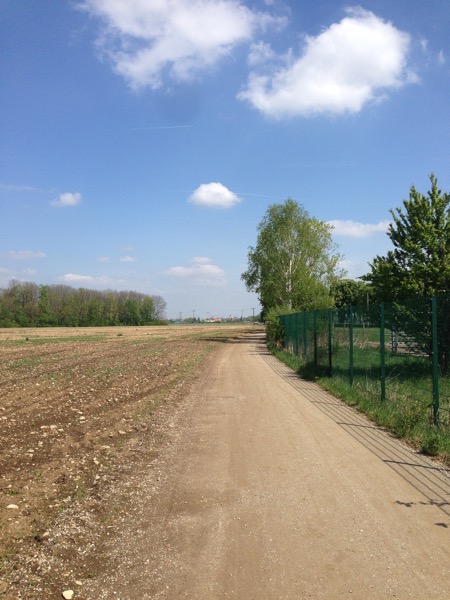 And yes, things are still rather dry despite the rain we had.

Then we made lunch. It was rather delicious: 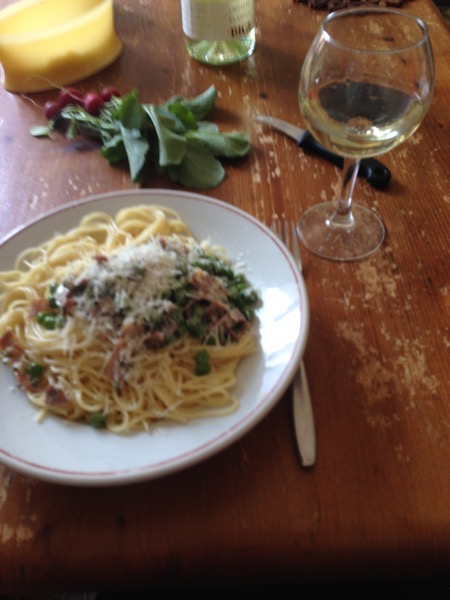 That’s spaghetti with peas and ham in cream sauce and a glass of wine. Here’s the bottle: 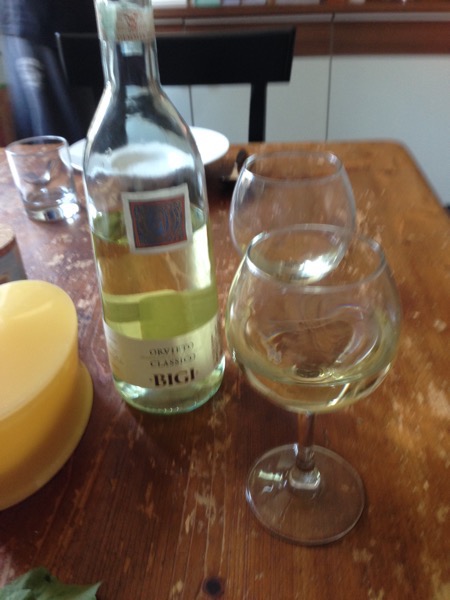 Unfortunately, lunch was a little spoiled by a heated family discussion along the lines of punctuality and showing up for meals on time and such that went on for quite a while after the meal was finished.

Then came the time that I had planned to record my podcast. Well, first prepare it and then record it. I had it all there in my calendar. Prepare podcast, record podcast. Only. I felt so exhausted and really didn’t feel like putting on a show that afternoon. I mean, even my husband is still without energy and he didn’t travel after the renovation shenanigans.

So I made an executive decision to not record the podcast episode which means there won’t be a new one up on Friday. Sorry. But I felt like I was sick and – well, it is something I do for fun, mostly, and while I’m committed to my bi-weekly podcast schedule I won’t kill myself to adhere to it.

And then I spent the rest of the afternoon waiting for the day to end.

I did try to call my mother because she had made it clear that she wanted to hear about my trip. She wasn’t home so I actually talked to my father on the phone which I never do. Usually it takes about two hours minimum and is filled with topics that I usually avoid or am not interested in at all. But this time we did have a real conversation about computers and renovations and their lawn, thank Bob for shared interests, and he informed me that my mother would be back an hour later.

So I sat around some more and read before calling my mother. She kept the call to 33 minutes which is rather brief for her as well. She wasn’t clear on why I had been visiting Hamburg and interrogated me about the trip, mostly if I had stayed in a hotel all by myself, not with any group, and if there were people I knew, and if I had done my sightseeing on my own or not.

I think that she thinks that I’m not social enough, she also finds the idea of traveling alone rather alien plus she is pretty lonely herself. So I assured her that I met loads of people, that I knew quite a few, spent time with a friend and was socializing like a pro.

Only afterwards did I realize that apparently my mother is one of those people who don’t go somewhere when they don’t know anyone. While I am a big introvert I don’t have problems meeting people, starting conversations with strangers or going somewhere alone, especially not if I am going there as the member of a community where we all have something in common.

For me the biggest drawback of traveling alone is going to a restaurant or café without having someone to look after your purse while your using the restroom and such. And after a day or two I tend to avoid the hassle of finding something suitable to eat and resort to a steady diet of potato chips, sweets and beers alone in my room. (And many thanks to PiaPessoa who told me that there are pills that help with digesting fructose. I knew that they existed but last I heard they weren’t available in Germany.)

The boy and I had dinner in front of TV watching a ‚Voyager‘-episode that started promising but had a disappointing ending.

And then I went to bed early after reading a bit more. I’m more than halfway through „Good Omens“ by now. I like it much better than the first two times but that might be due to me reading it in English this time. I have to pull out my German hardcover version but that means moving a few pieces of furniture. I think the old version I had might be abridged.

Today there will be the usual routine things plus running errands really early, guests at noon and then teaching. Bonus points for doing bodyweight training and an extra gold star for noveling.