I woke up at six and felt without energy already. I guess I’ll need a few more nights of enough sleep.

Breakfast was had, my husband and I talked at length and I finished the heel increases on the current sock.

I went grocery shopping instead of running because our pantry was rather empty and I won’t be able to shop on Thursday because we’re expecting friends from out of town. I did get quite a few steps in by going to the health food store first and then in the other direction to the supermarket and to buy shampoo and conditioner for the boy. My Fitbit tells me that I got 42 minutes of exercise in, so that’s alright. I call it cross-training.

When I returned home my husband was almost finished with cooking lunch. He had let himself be inspired by the picture on the polenta package: 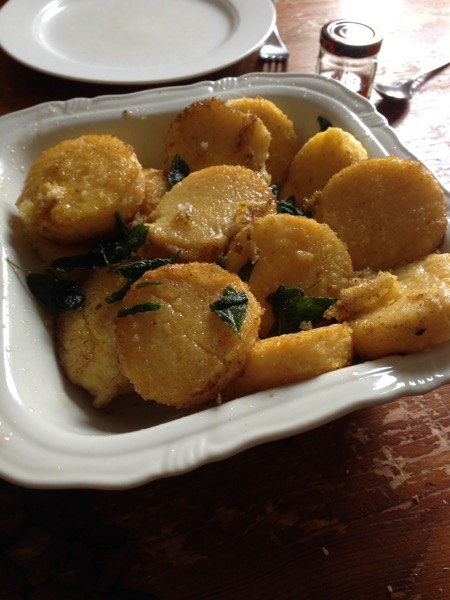 We had them with fennel and tomato sauce: 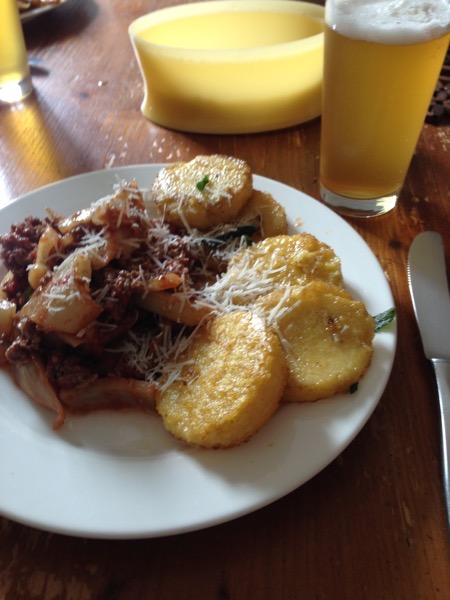 Then I taught my first student of the day, the woman with the baby. The baby was totally quiet and slept through the whole lesson. The mother has been practicing and is making good progress. I am in awe.

After that I tried finding the list of things our friend can’t eat because she’s allergic to them. They weren’t in my computer’s notes so I recharged the old PDA. That was devoid of any data whatsoever so I turned the eMac on, the one I bought when I was pregnant with the boy. 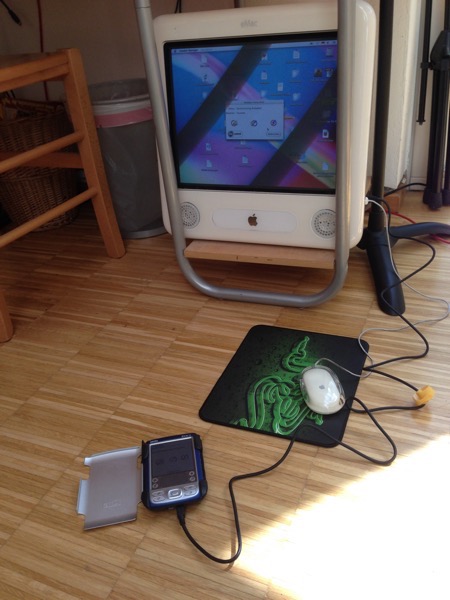 (The monitor just looks stripy in the picture, it’s fine in real life.) 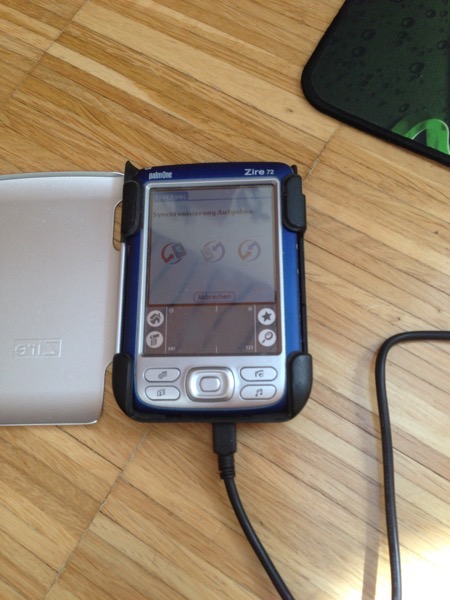 I connected the two devices, synced the PDA and voilà! List of things our friend is allergic to. (She has to eat strictly vegan, nothing with sulfur, nothing from a tin or package, no kiwi and no pineapple. And something else that I didn’t write down.) The good thing is that she will have already eaten beforehand. But since we will have to eat lunch while they are visiting we’d like to have at least something on hand that she can eat if she wants to.

Then I taught another student, called a potential new student back, taught three more students until eight o’clock, started writing this post, refilled the water in the piano, finally did the dishes from most of the day and keeled over.

Today there will be the preparing, recording and cutting of the podcast. Also, running. Maybe watching a bit of Star Trek.

We did get an invitation for another free improv concert on Friday with an additional party to celebrate the 200th concert. My husband won’t be able to go because he is teaching until 7.30 at the least and we would have to get the train at 7.15 to get there.

We briefly thought about me going alone. And then I remembered that these days I tend to fall asleep during the concert some time before the intermission and that I really don’t need another night of not enough sleep. I’ll stay home.

And here I thought school starting would mean some kind of routine, ha!