Didn’t get enough sleep yet again because I didn’t want to stop watching that „Alive and Kicking“-documentary. No writing in the morning and I don’t remember if I meditated or not. This is clearly not working at the moment so I’ll change my morning routine and get up right after the alarm goes off. At least that’s the plan.

I was happy to see that I’m not hopelessly behind on writing yet, if I manage to write 1,200 words five times a week until the end of June I will be able to finish until my new and improved deadline.

Mind you, all I wrote last week was 2,000 words so maybe I am already hopelessly behind. Who knows?

There was breakfast and my husband got up late. I spent the time he ate breakfast winding plying balls for the sock yarn that I’m currently spinning. I started the last step of plying and the yarn is looking really nice right now.

Then we went and measured the balcony and found that there will be about 24 square meters to paint. Since we had decided to use the better brand of paint and since there is a shop that sells it one town over I had decided to take the bike trailer and pick up a prescription for thyroid meds at my doctor’s office and go to the nicer health food store while I was there.

It was rather cold and windy and there is a hill between this town and the next that is quite bad for motivation because you have to go up and down both ways but since I had skipped my run for this I was okay.

So I got my meds and then looked for the paint shop. Which was closed. Their website had said they would be open in the morning but the sign on the shop itself said they’d open in the afternoon. Also, that the shop will be closing for good in two weeks time.

I briefly thought about waiting for two hours and then I briefly debated coming back in the afternoon but I wasn’t all that keen on it. Going there takes about half an hour by bike, and it was windy and then there’s that hill.

So I went to the health food store, bought all the meat and all the sweets and bananas and lip balm and potato chips and went back home again.

My Fitbit, by the way, thinks that I was totally not doing anything. Of that hour of bike riding I did today it counted twelve minutes and when I was working on the balcony I took it off.

I came home – without paint – and diced a carrot for lunch: 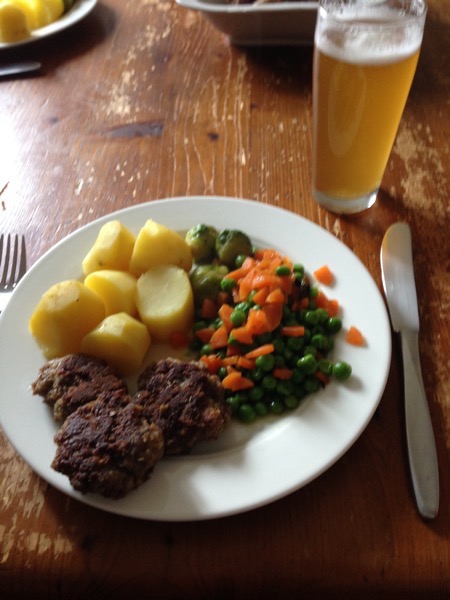 Then I ate some chocolate bars and some licorice that I had bought. It is a little hard to get licorice here (thought I have found out that my regular grocery store does sell my favorite kind, so there’s that) and I really wanted some. It did look a little squished but the taste was alright. Unfortunately I later noticed that the ‚best before‘-date had been at the end of last November. Oops.

It didn’t have any ill effects, though.

I had done the dishes right after lunch (I’m trying to reestablish that habit.) and then folded some laundry and hung up some more and then we finally got started with the balcony.

The first step, of course, is the sanding. This is how I was kitted out: 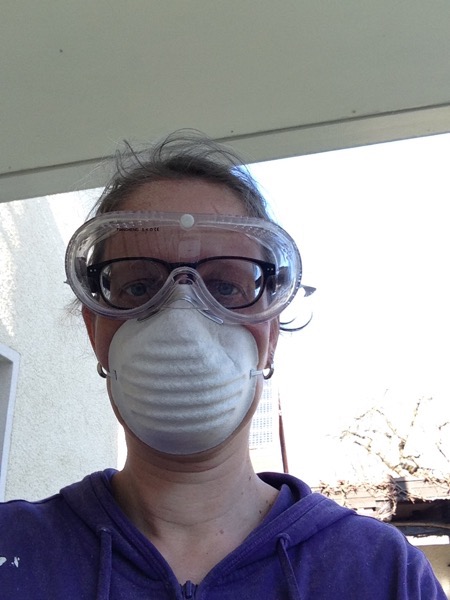 I still had dust in my eyes but not a lot, and after a while I also remembered to use earplugs.

Both of us sanded for a little more than two hours and this is how it looked afterwards: 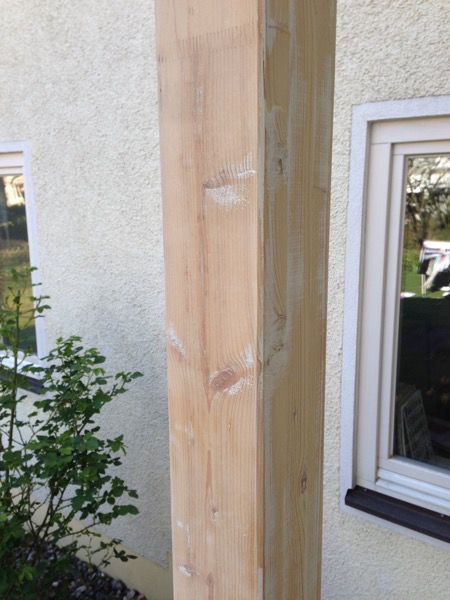 Looks good doesn’t it? Now here is the balcony in all its glory: 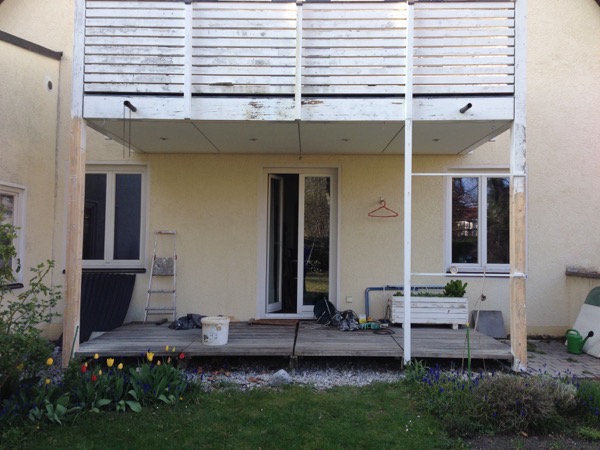 You can see on the left how my husband used the stepladder and how I didn’t. Also, in my defense I ended up with the inferior sander again. We have two and one is working quite a bit better than the other one. Maybe we’ll change tomorrow. Or maybe not, if my husband has to work on the ladder all day and I get to just stand on the balcony for work.

Now, two hours is not all that long but after that my arms were a little limp and my hands were tingling and numb. That will be fun over the next few days, I’m sure.

Tomorrow I will take the bike trailer to the hardware store and get paint for real this time. Not the good one but we have used that brand before and it will have to be enough.

We had to stop sanding at six because my husband had a student coming but I’m glad for it.

Today there will be the buying of the paint and the sanding and more sanding and then the teaching of two students.