I had turned the alarm off but woke up at 5.13 anyways. I did feel good, strangely enough. I didn’t want to start the weekend just checking off to-dos so I ended up not doing much of anything. I did enjoy myself, though.

I had a late breakfast after a lot of reading in bed and the rest of the family was a little late as well.

I didn’t quite know what to knit and so I started the second running sock without having finished the first one. The next step would be knitting the toes which needs a bit more headspace and quiet. Since the sock yarn came in two small balls instead of one big one I decided to just start the next sock.

I found that the only note I had ever made on the how I made the first one was, „Running sock, cast on 72 stitches on 1 mm needles.“ That was all and it wasn’t even in the index of my bullet journal. Seems I will have to count the rows on the first one. Later I found that I was pretty sure I had knitted the ribbing for 20 rounds and 55 rounds of the rest of the leg but I can’t be sure until I have compared that to the existing sock.

They boy showed up irritatingly late and immediately said that he needed more supplies for his trip. I really don’t like when he tells me he needs stuff just after I went shopping but that’s what always happens. So I have him some money and told him to get it himself.

While he was having breakfast we were talking about all kinds of things related to his trip, what to pack, how to get the ticket on his phone, when to do what and then I tried upping the balance on his phone to no avail. Tried it five times with two different modes of payment. Weird.

All of that meant that I was late doing the dishes and then way late for running. I had planned to do almost 10k but in then end resigned myself to a walk around the neighborhood. 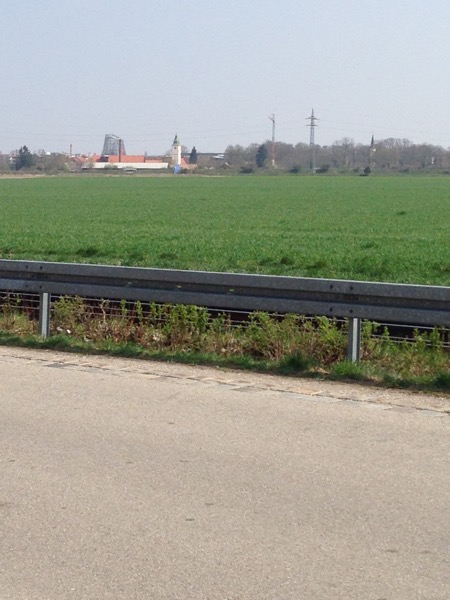 When I came home my husband was busy cooking and then the boy showed up saying that he didn’t get anything he went out to buy. He couldn’t find his hand creme and lotion in the store. So I put my shoes back on after talking to my husband, told the boy that he had to come with me even though he really didn’t want to and we went to the health food store.

And the two things he had wanted to get were right there. In his defense, the layout of the health food store is rather illogical and weird. Good thing I’m used to it.

Then we had chili for lunch which was really good: 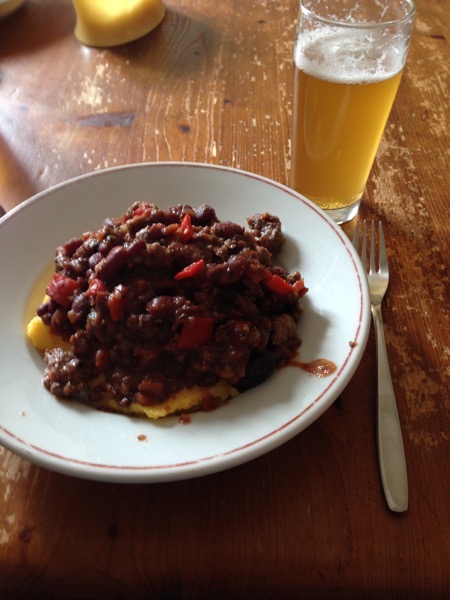 I indulged in a brief slump but then cut the boy’s hair, helped him think through his packing list, did the dishes, finally took a shower and – also finally – got up my kanban board for the second quarter of the year: 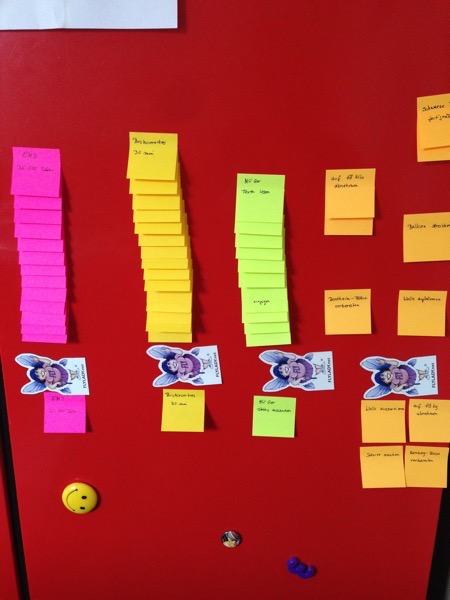 The smaller stickies are much better. I felt more motivated right away but didn’t actually do anything.

I did help the boy with his packing again but he didn’t finish it (of course). I think he spent all afternoon on getting half his packing list done. While trying to program some math equation into python.

Then we sat down together, all three of us and watched „The Big Lebowski“. My husband and I both had seen the film before but it was the boy’s first time. He did like it.

And then I went to bed a little late.

Today there will be the getting the boy ready for his trip and seeing him off on time, some yoga (I hope) and something productive. It is supposed to be real cold with snow.