I didn’t get enough sleep and it showed. While I did meditate and write morning pages I then was so early that I thought, „Oh, I can read for twenty minutes before writing!”

My husband came over a little before eight and started the wood stove saying, „Just do what you want, I’ll build the fire.“ So I started watching a video about book launches and 6 minutes later he wanted to talk to me. I might have been a little irritated. I shortly gave up on watching anything (which had been a bad idea anyway) and then my husband said something and I said something in return, and he had the feeling that I was exploding in his face, and I had no idea, and he was angry, and that basically was my day.

I did the dishes, I talked a little to my husband who was still angry, I waited for him to come back to the kitchen only to find out that he had gone running without telling me, I procrastinated, I went running myself, found that I had no grit, oomph or willpower left at all and cut my run short, walking all the way back home: 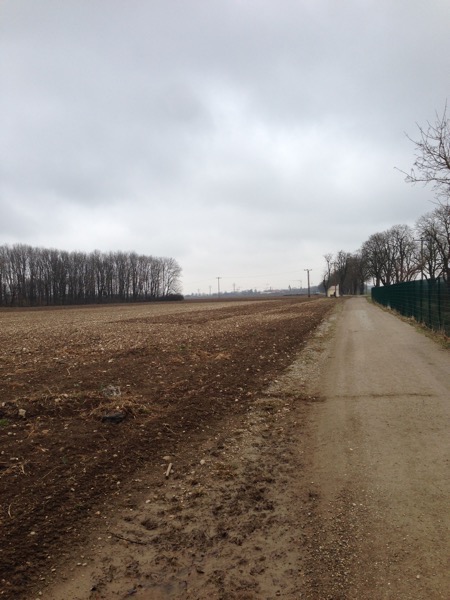 I came back home, asked if I could help with cooking (the answer was no), took a shower, went back to the kitchen, started making the salad, set everything up for the podcast, went back to the kitchen, folded a load of laundry and put it away, had another delightful discussion with my husband, ate too much chocolate, did my singing warmup and tried recording the podcast.

Lunch was tasty but a little tense: 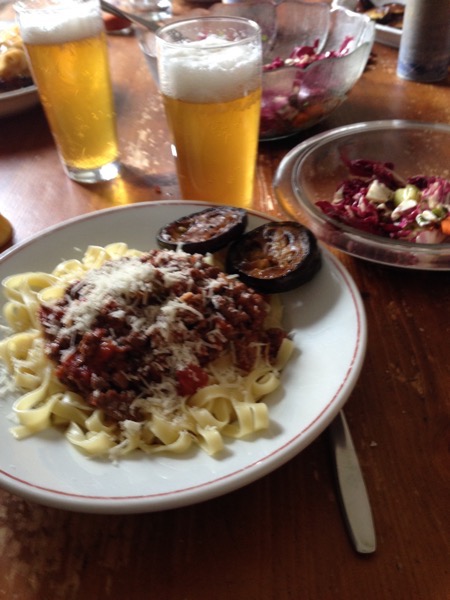 I had to start the podcast three times because I was just not in the mood, and when I finally got going I had technical problems again. Still, I did manage to record a one-hour episode (apparently I have a lot to say about that topic). I got ready for teaching and then spent my time between students working on the podcast.

I had another potential new student come over, the son of a neighbor who is in kindergarten. That was nice. And I had an e-mail exchange that might eventually lead to another student returning. All very good.

As I said, I was teaching pretty late and when I came into the kitchen afterwards my husband and the boy had just finished dinner and were busy doing the dishes and talking. Which warms my heart because the two of them don’t spend enough time together.

I helped a little and after the boy had gone upstairs my husband and I sat down and talked some more. Turned out I was triggered and then he was triggered and the stress we are having and my lack of sleep made things worse. Since my husband is as sick of all the drama in the mornings as I am he decided to try having breakfast in the annex. We’ll see how that goes.

Then I wrote in my journal for a bit and read a little more in the novel I put aside for the paranormal cozy mystery trilogy I inhaled over the last few days and turned the lights out on time for a change.

Today there will be grocery shopping combined with a trip to the hardware store. And I will work on the video part of the podcast and teach some students and hopefully also do bodyweight training. Bonus points for starting to get the bedroom ready for painting.