I woke up from the alarm but would have preferred another hour of sleep. So I didn’t really do anything until breakfast apart from reading. My big hope was that I would get back to my normal routines but, um, not quite.

I did get up on time and made breakfast and re-started the misbehaving sock heel while the boy got ready for school. My husband showed up early and basically started cleaning and getting the living room back in order before he even had breakfast. There might have been words along the lines of „I am working here like crazy while you just sit there.“ He was right, of course, it’s just that I find it rather unnatural to do that kind of thing before breakfast. Okay, I already had had mine, but still.

I did get up eventually, we found that there were vast tracts of kitchen ceiling still unpainted so my husband broke the paint out yet again, we cleared paint stains off every surface at least twice and started putting things back where they belong.

After he left for his run it was me who kept doing ‚just one more thing‘. I think he was back home again before I left. In between I had started a load of laundry, found out that when the boy hung the last load up the day before he had not made sure to spread the laundry out properly, so everything was still damp, my husband found the laundry room in the basement had almost flooded so I went upstairs to my mother-in-law who had said she’d call a plumber about that.

I went running/walking. I had been so exhausted and a little sore from the painting that I almost didn’t go but in the end it was a great idea. Even though my earphone’s battery went somewhere before the middle: 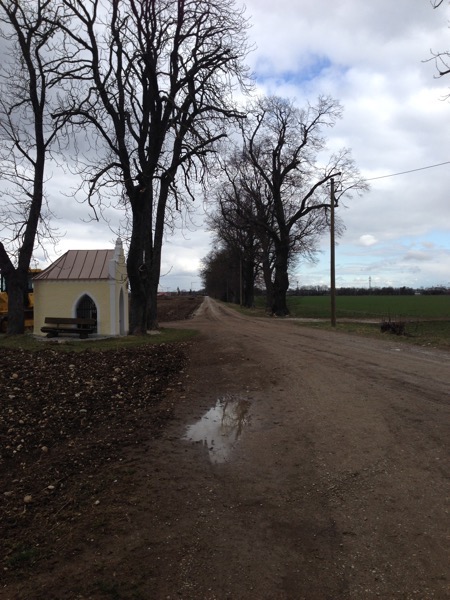 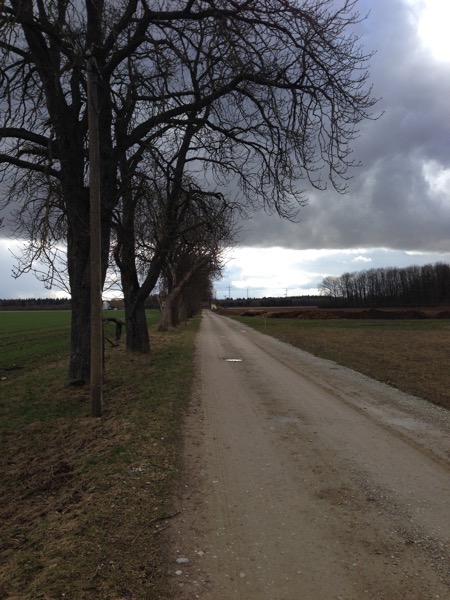 I did have a good idea for lunch: 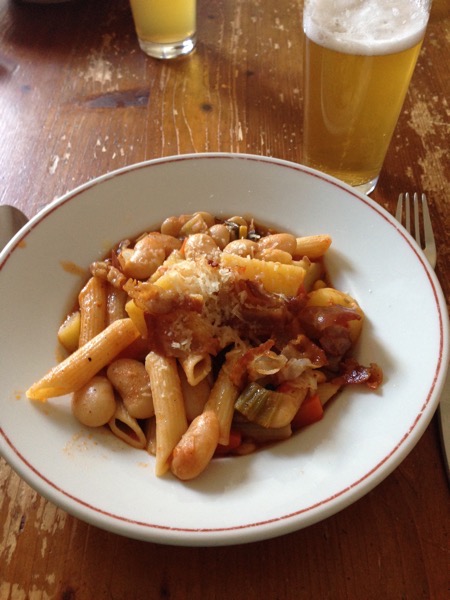 Then I actually did the dishes right after the boy had finished eating, got ready for teaching, did my singing warm-up, found a new ukulele piece with fingerpicking for a student and printed it out (also made sure I could play it), taught a few students, checked e-mail way too often, brushed my teeth, got ready for bed, read a little and went to bed super-early.

Today there will be more running and some shopping at the health food store and my husband has a dentist’s appointment and there will be quite a few students and some strength training.