I woke up from my alarm at my new and improved wakeup time of 5 am. Since I managed to go to bed too late the night before because I was too exhausted to get ready for bed and spent an hour eating cheese and hoping that I’d find the energy to do the dinner dishes I ended up with lack of sleep again.

This is a really bad habit that needs to be culled ASAP. So I will have to go back to brushing my teeth and changing into pajamas the minute I step into the old part of the house after teaching. If I do that I usually find my way to bed easily.

So I did not write, forgot to listen to the classical music but read and meditated. It is a bit funny that I was reading the book about grit while not being gritty at all. There’s a reason I thought I needed this book.

Then I started researching Firewire to USB adapters for recording and since there is no such thing, really, I started researching mixers. As one does. Since one that connects to my computer without any kind of adapter would cost 500 Euros at least (probably more) and since the ones that would need only a USB to Thunderbolt 3 adapter where many and the cheap ones probably weren’t any good I gave up on that soon. I will have to rig something so that the two adapters in a row are more secure. I might have to involve duct tape after all. (Did you know that duct tape is actually called gaffer tape in German? True fact. And it’s pronounced ‚gaffa‘. I never knew why it was called that and thought that that might be the name of a city or something.)

So I started breakfast a little late but early enough for the boy to have a relaxed breakfast. He wanted to have a conversation about how dumb it was that they have to have PE in school. While I really get that he doesn’t like PE I still think that it is an important subject. I don’t agree with the way it is taught at the moment but in general I think that everybody should have a chance to learn about exercise and try different kinds. The boy doesn’t agree and finds that PE should be abolished. Or if they have to take it there shouldn’t be grades.

I then told him that there are people who believe no one needs music education or chemistry in their lives either and that school is for everybody and should make students able to do all kinds of things with their life and teach them all kinds of thinking and approaching problems.

He wasn’t convinced. As I said, I get it, PE was always my worst subject in school. It was a little better in the winter but the moment we were required to run, jump, catch or throw a ball I was screwed. Interestingly I did quite well high jumping. I’m blaming all the rope jumping I did for fun.

My husband showed up and lit a fire. It is still rather cold here. We talked a lot and then I went to the health food store and the bakery and to the stationer’s because the boy needs better drawing tools. I was looking for a fineliner but no luck. I brought two pens, both of which are not quite what he needs.

Came back home, changed into leggings and my old jacket and went for a 3 k run after mailing a birthday card for my aunt: 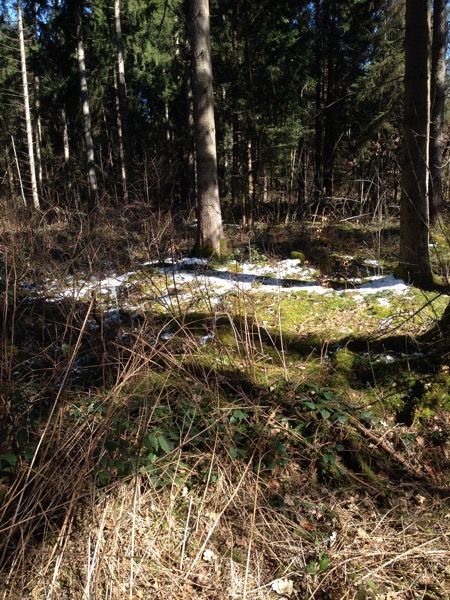 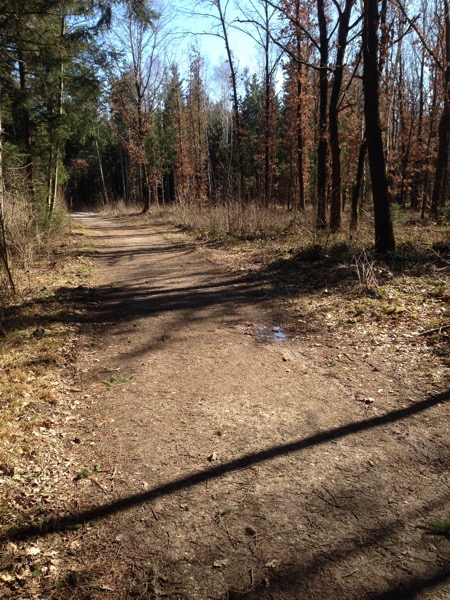 Then there was chickpea curry for lunch. Very good: 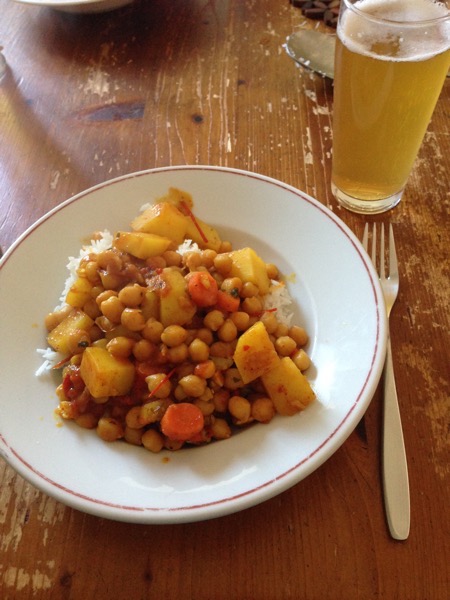 Then my husband would have liked help with washing the walls in the living room but I was a little pressed for time. I still needed to do some lesson prep, get changed and put on makeup and do my singing warmup. I showed my habit tracker to a new student the day before and it was a little embarrassing when looking at my music practice. So I’m determined to get a lot more crosses in there.

Then I taught quite a bit, practiced piano in the break between two students, got a little more detailed than usual with an old student (first I told her about my social media experiment and then she had to do her practice a little more deliberate after having to listen to a lecture about grit, oops).

Then I saw a potential new student, managed to brush my teeth early enough, wrote in my bullet journal, started reading a new non-fiction book because I had finished the one about grit (again, highly recommended – I’m all fired up about getting grittier), did the dinner dishes and turned the lights out on time.

Today will be another full day with running and a trip to the farmer’s market for potatoes and maybe some errands and writing show notes for the podcast and teaching. Lots of teaching. I really hope I’ll also do some writing.

Funny how all those new students mean I have less time. Weird.

I’m not complaining, though.