I woke up super-early. That was not what I intended when I set my alarm 15 minutes earlier. I am planning to move my wake-up time 15 minutes earlier each week until daylight savings time starts so that I don’t get jet lagged.

I did not write which was a bad move. I did all the other morning routine things, though.

Then I went out to buy Faschingskrapfen for breakfast. They were delicious but also reminded me why I don’t usually eat that stuff: 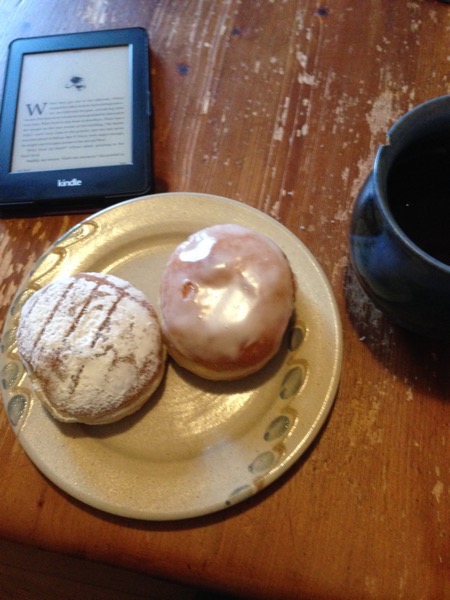 I was totally full and slightly nauseous afterwards and I also got a bout of anxiety later in the morning. Which is what usually happens if I eat too much sugar for breakfast.

And then I basically spent the whole day reading the Sarina Bowen book I bought the day before. I really have to take care with those because they usually leave me completely unable to do anything but read them until I’m finished. Too bad that I bought two more.

Then I did check my social media and e-mail only to find that there really wasn’t much there which was a little disappointing. I’m still having that itch to get on the phone every other minute. I was pretty good not acting on it, though.

And then I decided to start the crazy striped tee again. I had been a little unsure if I should knit it or not. Since I don’t have any other knitting project at the moment I just started it all over and have made great progress.

I went running way too late. The original plan had been to go and run errands before lunch on top of running but I left so late that I could just forget about any other plans. The run was nice but my willpower was drained about halfway through. There might have been a lot of walking. 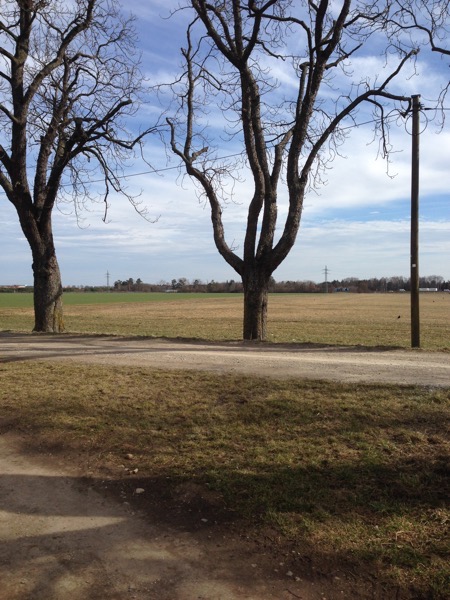 The weather was really wonderful but rather windy. On my way back I was about half as fast because of the wind in my face.

Then I helped to make lunch: 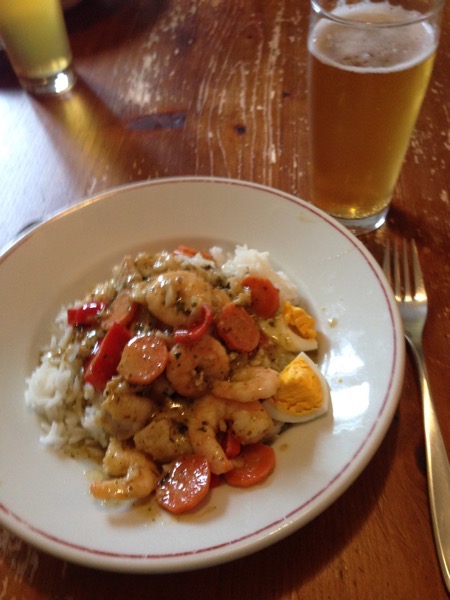 And then I spent the rest of the afternoon feeling bad about not getting anything done while doing more reading and knitting. As one does.

We did open a bottle of champagne in the evening, had a very nice dinner of fresh Brezn with butter (which doesn’t really go with the champagne but I didn’t care) and then we watched the first part of the „Salt, Fat, Acid, Heat“ documentary together. All of us, which never happens. Even the boy appreciated it even though he turned around at the end asking, „And what should I have learned from this?“ And we told him that this is about the kind of cooking that should be very familiar to him, where you smell and taste and touch all the ingredients and do it all by feel, a way of cooking that is rather alien to a lot of people.

Not that I understand how people follow recipes all the time. I distinctly remember asking my mother how much salt to put in the salad and her telling me to do it by feel. Which I found a little unfair because I didn’t have a feeling for that at the time. Still, I managed.

So that is how we celebrated carnival. Special food, champagne, and watching a documentary together. Very true to form.

While today is another day of carnival, this one being the more important one in Bavaria, the one where all the shops close around noon, I’m guessing we’ll be going back to normal again. Well, apart from more Krapfen for breakfast.

I’m hoping for serious writing time and a short run and some more stuff from my list. There will be one student, at least she is supposed to come in, and more TV watching in the evening. I’m still hoping to touch the sewing machine at some point in the week, we’ll see how that goes.