Pretty good day, though, if not as productive as I had wished.

I woke up early did my usual routine of checking phone and computer and such, then read the ‚Daily Stoic‘ and ‚World of Wonder‘ and meditated for five minutes. I managed to write a bit and only started making breakfast five minutes too late.

My husband got up in time to see the boy off and on entering the old part of the house promptly had a thermos come undone and splashed black tea all over the wood flooring and the wall. We need to paint the walls anyways…

He decided that it was cold enough for the wood stove but to let the fire die down later in the morning.

We talked a lot, since garden season is starting he is in overwhelm mode again. Which I can totally understand.

I did some crocheting and spontaneously decided that I needed both the „Digital Minimalism“ and the „How to Break up with your phone“ books. I started reading the breakup book right away and am currently almost a hundred pages in.

It seems that this year is shaping up to become the year I abstain from things. January was for drinking way less alcohol than usual, February for eating nothing with added sugar and March might be the month for being more mindful in using the internet.

Then I went for a short 3.2 k run after calling a potential new student back and making an appointment for the same day. I didn’t feel all that energetic but the run was better than the day before. The weather is still gorgeous and the paths are only starting to get muddy again: 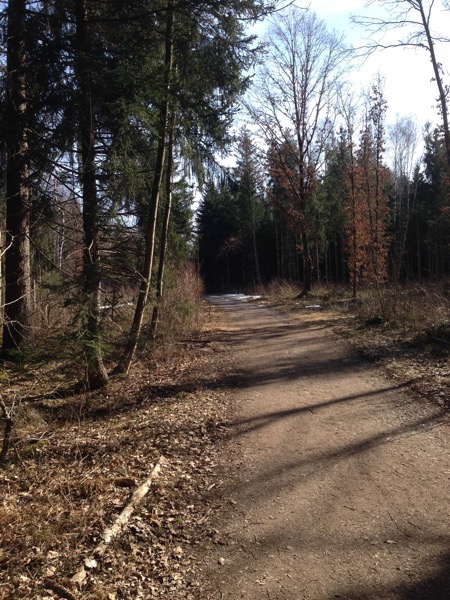 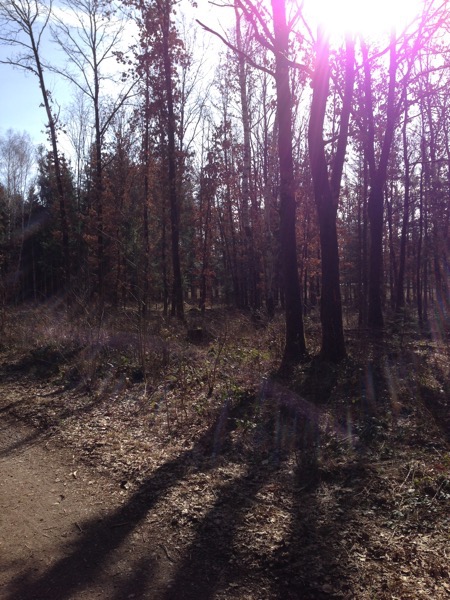 My husband made lunch without any help from me and it was rather good: 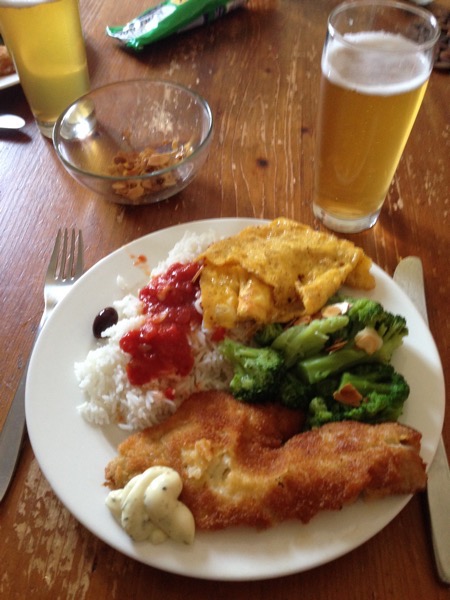 I spent more time talking with the boy than I intended which meant I ended up with no time for practicing. Then I taught quite a few student including someone who will start regular lessons after carnival break. I am very happy about the stream of new students coming in. Just a few more would be good.

After that the boy and I did some strength training, I ate some cheese, realized that I was way too tired to write some more, let go of the rest of my plans and went to bed.

Today there will be running again, a little longer this time, maybe grocery shopping if I can squeeze it in, and all the usual, including preparing tomorrow’s podcast. Oh, and a rather late student. So I can’t plan anything for the evening.