Woke up before the alarm, tried getting my act together, only managed one 25-minute pomodoro of writing before breakfast. I guess I’ll have to be content with that because I don’t really manage doing more.

Then we had one of those mornings where everybody gets on everybody else’s nerves, we ran out of coffee, turned out I had promised to thaw buns for breakfast and forgot (there was bread but it’s not the same) and the boy was cramming for a social studies test at the breakfast table which doesn’t make for the nicest of atmospheres.

The day basically continued in the same vein.

Since we had run out of coffee I decided to move the weekly grocery run from Thursday to yesterday. That wasn’t too bad because on Tuesdays the supermarket seems to be way less crowded. Also, this time I did not walk all the way there and back with my bags because I still wanted to get my short Tuesday run in: 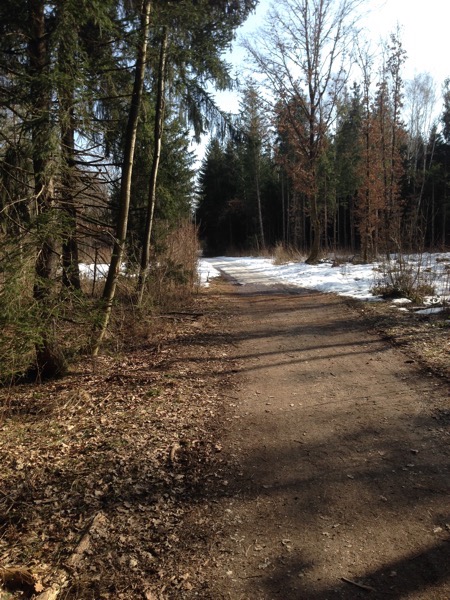 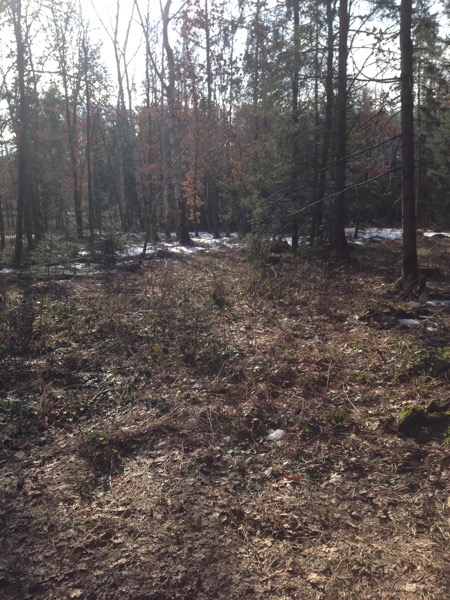 The frozen patches are still frozen which meant there was a lot of walking.

Then I came home where my husband was making pancakes. I folded two loads of laundry and put some of it away. (I leave my husband’s and the boy’s clothes out so they can put them away themselves.)

Lunch tasted good as always, even though some of the pancakes were a little, um, darker than necessary. I told you it was one of those days: 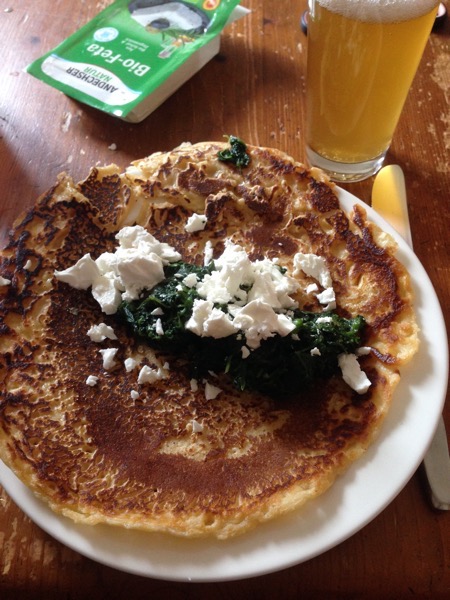 Then I talked with the boy, did a spot of prep for teaching, practiced a little, taught my students, did strength training with the boy, got ready for bed, wanted to write a bit but found that time vanishing into thin air because I foolishly updated my writing software, started attending the monthly webinar by Orna Ross, found that I was too drained to listen to anything and turned the lights out early.

Today there will be running and teaching and writing and nothing spectacular as far as I can see right now.

It feels like we’re all hanging in here until carnival break. 1 1/2 more weeks. Not that I’m counting or anything.