Woke up before the alarm after having gone to bed too late again. I should have brushed my teeth before the boy occupied the bathroom for almost an hour.

Had a rather enjoyable morning, lounged in bed, read the fourth Unlikeable Demon Hunter-book, meditated, listened to music and had breakfast all by my lonesome.

One after the other the rest of the family got up and had breakfast too. My husband and I discussed some teaching stuff for an hour (that was pretty ridiculous – we had a series of misunderstandings and started the whole discussion over again twice or so). Things were eventually resolved.

I did the dishes while talking with the boy, then finished reading the novel and went running. 6.34 k, really, really slow and feeling awful. Most of the paths were all mud but then there were some extra-slippery bits. And we all know how I feel about slipperiness: 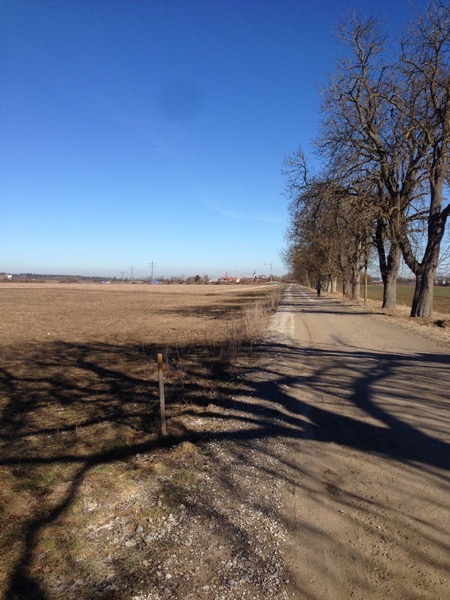 Beautiful, beautiful weather, though, even if it drew out all the people: 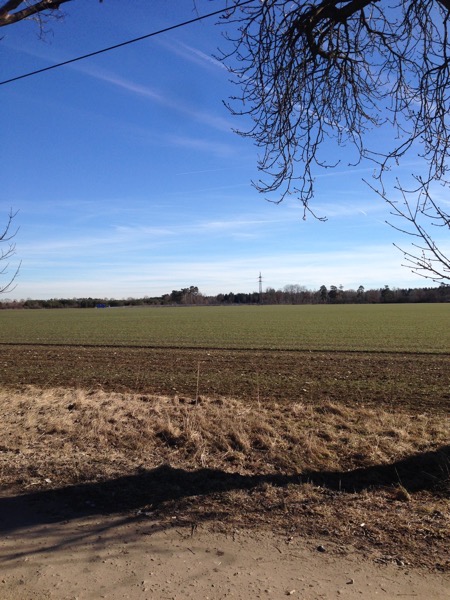 Yes, I know you can’t see anyone in the pictures. I’m taking care not to put other people’s pictures on my blog without asking them first.

Husband and I were both grumpy after a slightly weird week. We made lunch anyway but with added grumpiness: 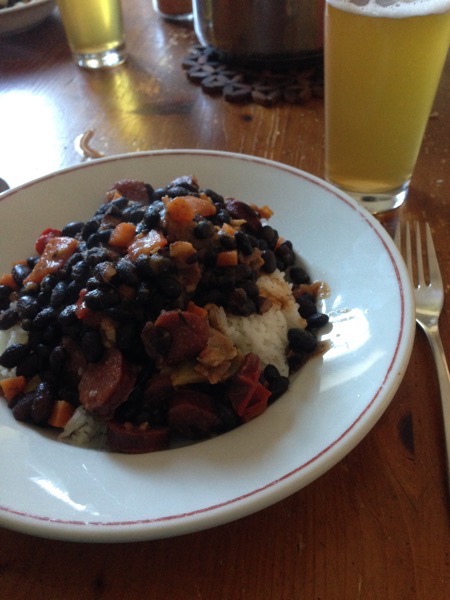 It did taste very good, though. Then the boy helped me with the dishes for the second time that day. He had gone to the library in search of a book about math. His math teacher had said last week that he could bring a math book of his own to keep him occupied in class when he’s finished with the work they get from the teacher.

Unfortunately, an ebook probably won’t cut it. And a lot of advanced math textbooks are maybe a little expensive. We have now ordered something that looked promising and affordable. The boy is all excited about finally learning “Multivariable Calculus and Differential Geometry“. I’m not quite sure what that is but then I haven’t done that kind of math since 1986. If ever. Now he just needs to wait until the end of next week to actually get the book.

Looking for that textbook took about an hour of my afternoon.

My husband had a kind of meeting, an old school pal of his had asked to meet him, and we were both curious what he wanted. When it was close to the time that ski jumping would start they still hadn’t finished and I went to record ski jumping for my husband.

The meeting remained a little strange but not too bad. It did make me wait until it was over, though. Stupid.

Then I decided that playing Luigi’s Mansion 2 would be a wise use of my precious time, I failed to get the green lightbulb five times in a row and decided to call it quits.

I did start reading a new novel. Well, technically two but who counts.

Then I tried convincing the boy to do strength training, And he did it. Without resisting.

I have to say that doing thirty minutes of strength training on a day where I already ran/walked 6.4 kilometers does feel a little strenuous. Still. It makes me very happy that I have stuck to my workout plan for the week.

Then the boy and I watched an episode of ‚Star Trek Voyager‘. It was a pretty dull episode, unfortunately.

I got ready for bed early enough for once.

Today there will be yoga and food and a virtual knitting meeting and some writing. And I will think about what I want to do over the course of the next week. Oh, and my brother-in-law and his children will descend on my mother-in-law’s place for the rescheduled Christmas sausages.

I better try and get things done in the morning today. Otherwise things might not work out.