I’d say I’ve proven that over and over.

I woke up around four in the morning, tense because of all the things that didn’t get done. In hindsight I really should have at least done the dinner dishes.

I did manage to write before breakfast, just barely. My husband showed up in time to get breakfast going and so we more or less had breakfast together. Well, it was more like me eating muesli with my tea not yet ready, after I finished that the boy showed up and right when the boy had to get ready for school my husband got to sit down but at least we were all in the same room while breakfast was happening.

I restarted the boy’s hat twice after that and then my husband and I went running. He left the house a little later than me but that only meant I met him a little later and then I was able to determine the best path for running by following his footsteps in the snow. 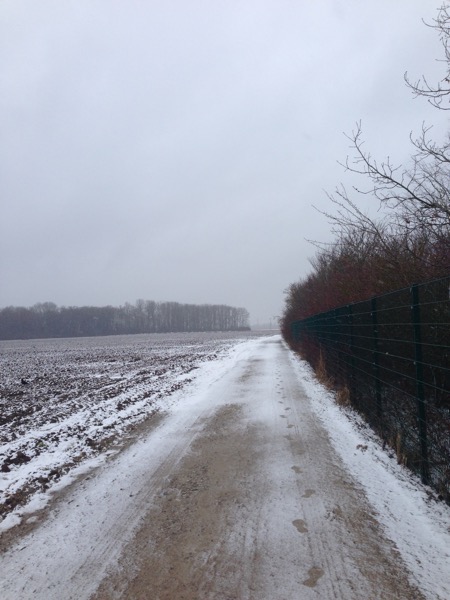 I started the half-marathon training all over again which meant I only had a leisurely 4.8 k. Since I was listening to David Goggins’ memories of running the Badwater Ultramarathon while out and about I even managed to run most of the way. 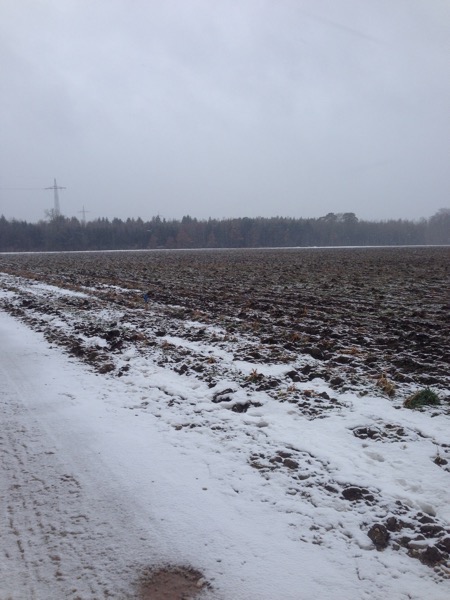 It was gray and a little windy but still beautiful and happy-making.

I came back home while my husband was still out and decided to do the weekly health food store run a day early because there was still enough time left before lunch. And since I really want to follow the training plan this time I will have to do either a short run or half an hour of hiking or something similar tomorrow morning in addition to the usual Tuesday stuff.

Lunch was rather early and tasted wonderful: 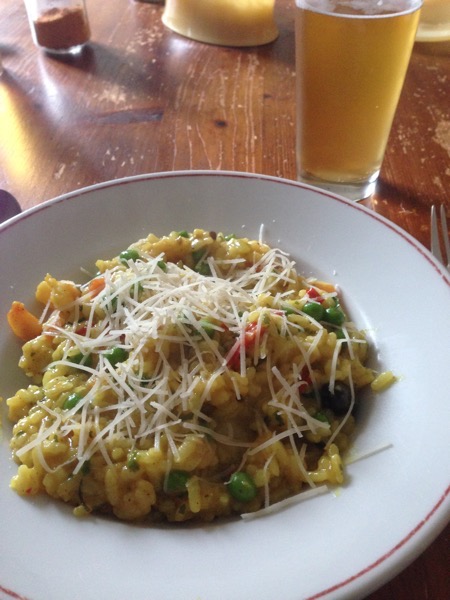 And then I fell into a Monday slump. I still had to take a shower and do the dishes and I wanted to prepare my lessons for the week and make music and write some more and all before four.

Well. I did take a shower and I did the dishes. And I sang a little.

Then it was teaching without a break, I made the boy practice piano, started writing this post, and then it was perfectly clear that if I didn’t get ready for bed ASAP I would have another evening of eating too much and not getting anything done.

I’m cross with not getting anything done, it’s not good for me. So, for once I managed to not sit around for a few hours feeling bad about not doing anything before turning the lights out too late. I mean, on those evenings I don’t even read or watch a TV show. I just sit there swiping from one social media thing to the other and feel grumpy.

Best way to spend an evening.

Today there will be running, maybe, and writing and all the usual and quite a bit of teaching and then strength training. I’d also like to re-ink my fountain pens.