I woke up from the alarm at 5.30 having gotten enough sleep for once. Yeah! This did not send my energy levels through the roof, though, because several days of not enough sleep demand more than one night of enough.

I was a little later today with writing which meant I only had fifteen minutes before my husband showed up but at least I had those.

There was breakfast and crochet and all the usual. Since we were expecting three packages (one of them the new guitar!) we only left the house one at a time. My husband went to the farmer’s market for potatoes and then running, and when he came back I went out for my run. 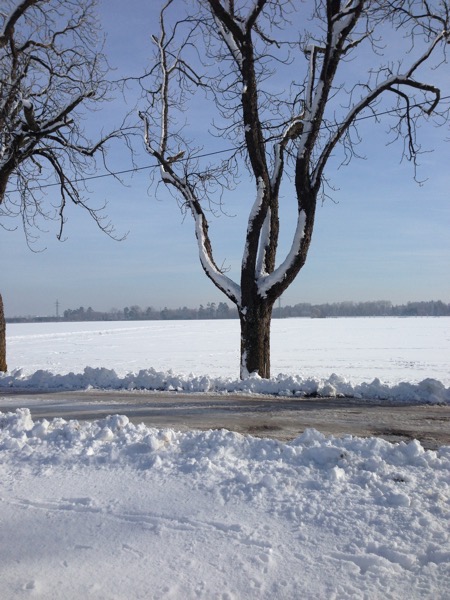 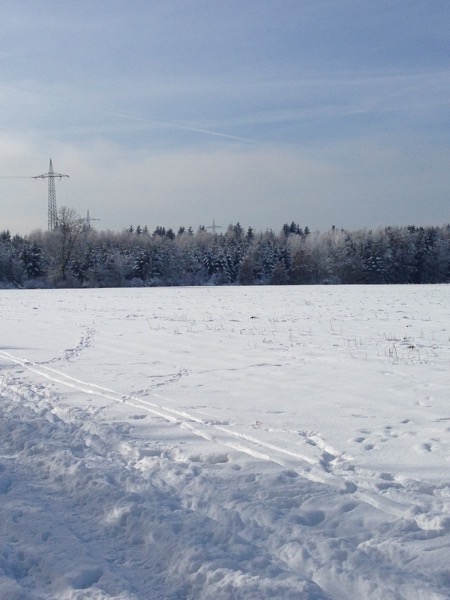 Wonderful run. Not slippery much.

Then there was lunch that my husband mostly made without my help: 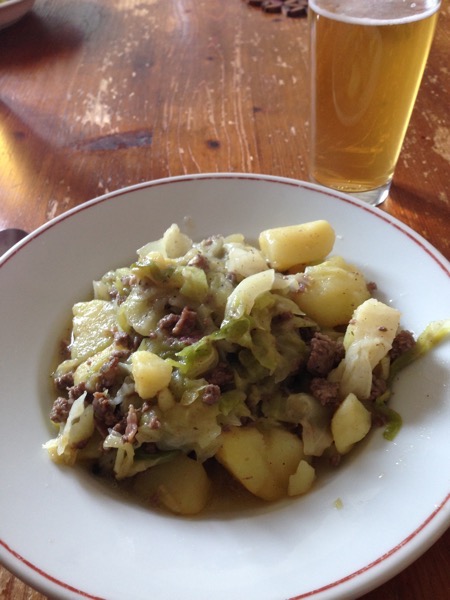 I had to think of a student of mine who had said to me, „Well, when you don’t allow yourself to eat anything, like when you’re trying to lose weight, that’s no good because you need things that taste good. I guess I can’t reach my goal weight because I like eating too much.”

And there I was sitting in front of that stew, starving, because I’m trying to lose the weight I have been gaining back, and let me tell you, real food when you are totally hungry and have been hungry for several hours already and especially if you have been exercising, well, nothing tastes better.

So in a way I’m enjoying my food much more when I am really hungry before eating. When you just stuff something on top because you have been constantly snacking all day, that doesn’t taste half as good.

Then I pinned the yoga pants together that I want to sew. I’m crossing my fingers that I did it right so that I end up with something wearable.

I practiced a bit and then I had big plans of doing website research but that never materialized. I did look through my books about singing, though, because I wanted to research something for one of my students and I have found something promising. Now I just need to work through the exercises myself first which means I need to pull the optical drive out and connect it to the computer. Or I could use the old laptop which is sitting right there and has an internal one. Huh. That was easy.

I taught a few students, one of them the new ukulele student who bought herself a really beautiful ukulele. I got a little envious even.

I started writing this post, the boy practiced piano without me nagging and that was mostly it for the day.

The boy seems to have a really productive week as well, he told me he tricked himself into starting his homework right after school by not going into his room but sitting down at the kitchen table right away. Which meant that he had time to do the things he wanted to do as well.

There was a Facebook live-thing I thought about attending but then I decided against it.

I rewarded myself with reading some more of the current novel in bed and turned the lights out early.

Today will be another busy day yet again. Sine the guitar didn’t show up yesterday we are expecting it today. We also have plans to go visit the former music store’s owner and I need to get groceries. I’m hoping to get all of that done in the morning all the while somebody is at home all the time because of the guitar.

Then I really need to do that website research and there will be a bit of teaching.