Woke up half an hour before the alarm, that’s what you get from going to bed at 9.30. I had a nice, lazy hour in bed and then my husband showed up to start the fire at 6.45.

I meditated quickly and got up. There was breakfast and crochet. The boy got ready for school. Breakfast for me was a little later than usual, the boy was not talking – as usual in the mornings – my husband was feeling a little under-appreciated what with him getting up early to save on fossil fuel and make the house cozy for us and meanwhile we were slightly cranky because of our disrupted morning routine. Also, we had to talk to someone first thing in the morning. And didn’t get to read while having breakfast.

So, my husband and I talked for a long while about this. He wanted to do us good but we didn’t really want it. And actually, it takes about an hour until the wood stove warms the kitchen. When my husband opened the kitchen door saying, „Leave the door open! I’m doing this so that the warmth can get over there!“ My feet became instant icicles and stayed that way for about an hour.

Now, I do want my husband to be able to come over whenever he wants but we realized that in order to actually heat the house with the wood stove he’d need to get up at six. And we would have the stove going all morning until it was time to cook lunch. That’s a lot of wood.

So we’ll see how that goes.

It makes me all the more determined to start going to bed around nine so that I can write for an hour first thing in the morning. I only need to make myself do it. Yeah. Piece of cake.

Then I went grocery shopping, and helped to make lunch. Yummy veal cutlets: 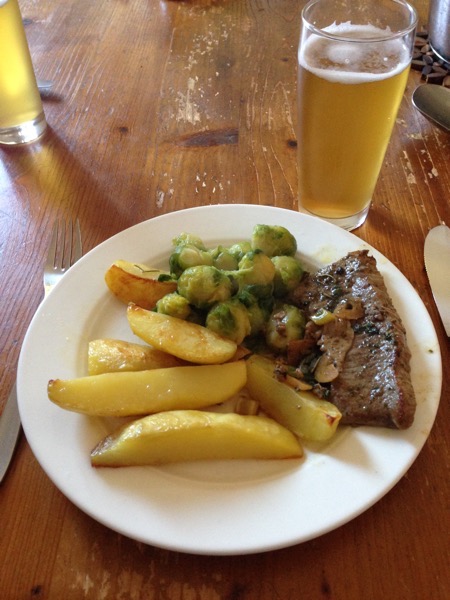 I did not do the dishes but started to get ready for podcasting right away: 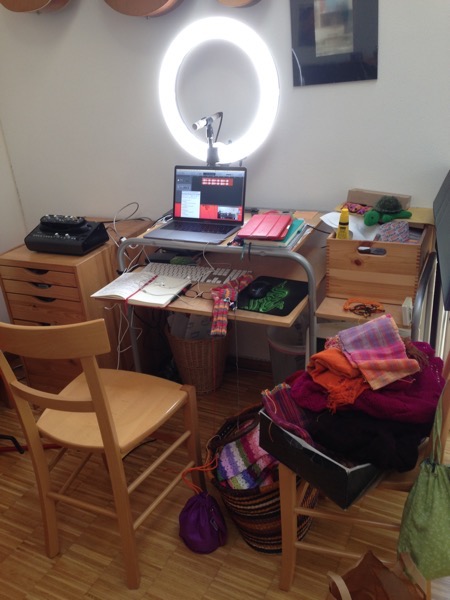 Good thing that I did because I managed to not turn on the video recording the first time through. A very nice 47 minutes-podcast – for nothing. I still have the audio but, well.

So I tried again and botched the second attempt after six minutes. And then I tried again. That one had to be a little shorter because I needed to be ready in time for teaching.

I taught a student. And started working on the podcast again, and my son forgot his piano lesson again but showed up twenty minutes late and at least played his piece, and then I taught two more students and had fun singing „Chop Suey“ from System of a Down with a singing student.

Then I – worked some more on the podcast. And got ready for bed and turned the lights out.

Today there will be cleaning and more podcast-stuff and lots of teaching and strength training and then the weekend and Star Trek.

And maybe I’ll cast on a new hat.