I woke up right before the alarm again. And didn’t write first thing. And totally forgot to meditate. I think.

I was that kind of day. For no apparent reason.

I made breakfast, there was no new snow (yeah!), my husband showed up at an unexpected time (He is still trying to get up at 6.45 but didn’t hear his alarm…), I prepared the podcast and timed myself to see how long it takes, I worked a little bit on the crochet blanket.

My husband left me alone so I could work on the novel and I promptly felt blocked and unable to write so I pulled out my list of things I needed to do throughout the day and finished Module 2 of the book cover design course, found a couple of hat patterns that would be great for a new hat for the boy, and researched difficult to sing songs for a student.

There were dishes somewhere in between, and then I went on a run. Rather late. I decided to mostly use sidewalks this time again. And while it was not as scenic the running was great. I had a bit of a view at the end, even: 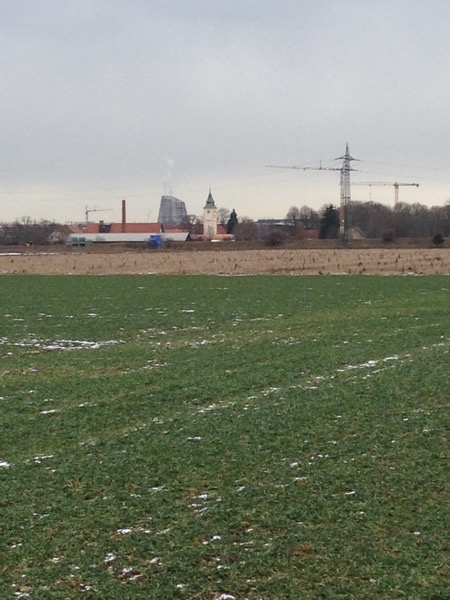 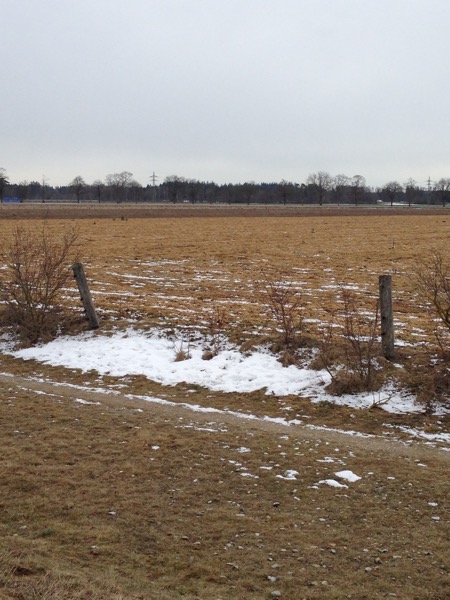 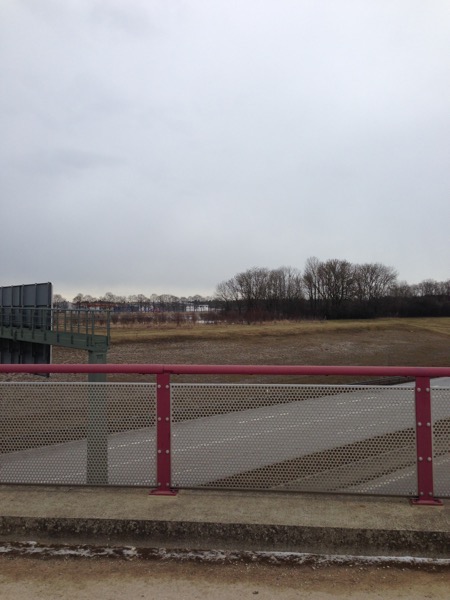 Bridge over highway. All of these pictures show the magic of framing because if you turn around all you see is houses and streets.

On my way back I started to listen to an actual audio book, something I never do, but I read that there was extra content in „Can’t Hurt Me“ in audio and so I decided to take advantage of the free trial membership for Audible (in the US no less) to get that and another book that’s only available in audio (Storyteller: How to be an audio narrator). I might be interested in doing my own audiobooks eventually. At some point in the future. If my German accent is faint enough. And if I have the time.

When I came back I helped to make lunch: 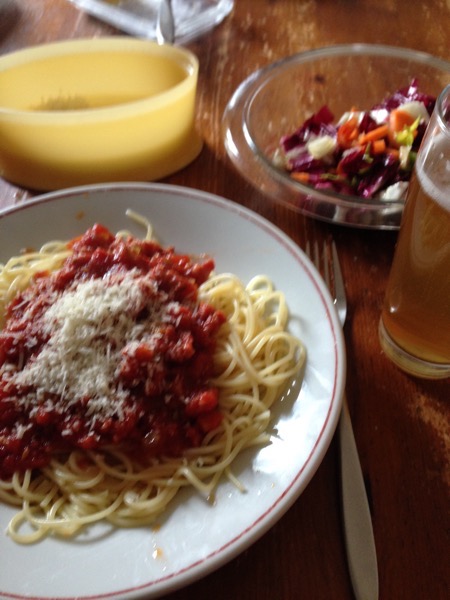 There is salsiccia in there.

Then I really, really wanted to get goin right away but didn’t. I did do the dishes, though, and did some more research and did my singing and piano warm-ups.

Then there was teaching.

And then I still hadn’t written. So I needed to get that done. All I actually wanted to do was eat al the things, crochet and start the new hat. (It’s so cool! It looks like the TARDIS but it’s actually a Dalek!!)

Today there will be grocery shopping and the recording of the podcast and teaching. I’m not even putting strength training on the list because that just won’t happen. I’m looking forward to a busy day filled with things I like, though.