Woke up from the alarm again, second night of enough sleep in a row. I could really get used to this.

I tried a new trick Jessica Abel had talked about in yesterday’s webinar, in order to prevent myself from mindlessly reading through the internet in the morning I set myself a timer telling me to start writing five minutes later.

It didn’t quite work as planned but I did get up on time and my husband slept until I woke him at 8.40 so I did some writing before he came and even some more while he was sitting in front of the wood stove building the fire.

I really should remember that.

I went running and that made me happy as well: 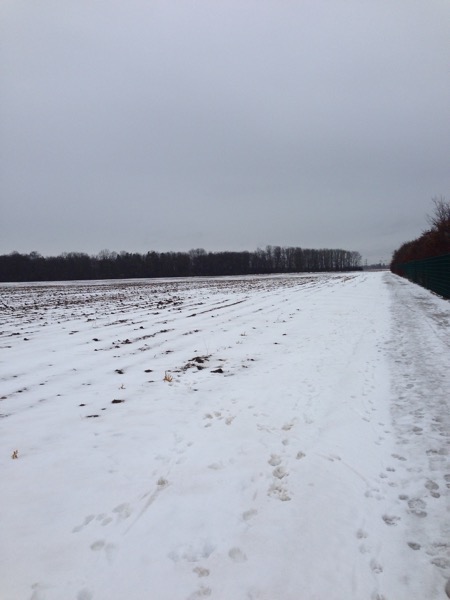 The ground was pretty soggy and slippery but I did some running in between all the walking and it was fun. 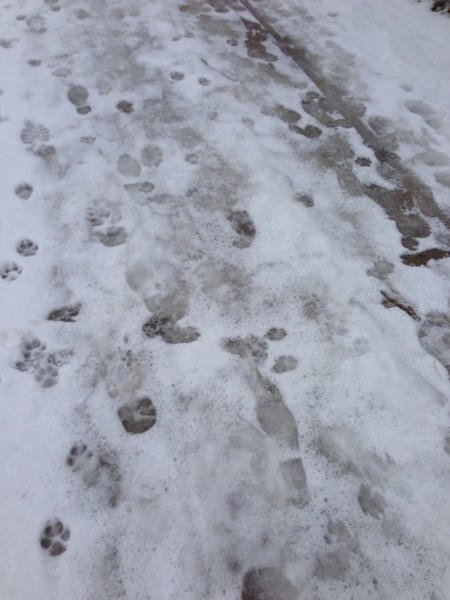 When I came back my husband had been worried that I’d twist my ankle. It’s a bit funny. Now that he is wearing actual barefoot shoes that don’t give support at all he is worrying about my ankles. My ankles were fine, I’ve been running in this kind of shoes on all kinds of terrains for some time now. I also think that his shoes might be more slippery than mine.

He did see my footprints when he was on his way home and could see that I had not come back yet. Seems I’m the only one with Five Finger shoes.

Then he made leftovers for lunch while I took a shower. I think I haven’t helped with cooking much all week. Weird. But it was a somewhat weird week all in all. 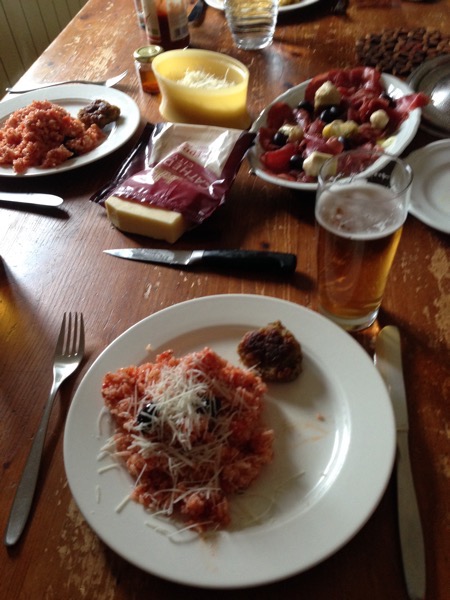 Then I talked with the boy at length, about the upcoming MENSA annual gathering in Hamburg, about how you get to know people at an event when you don’t know anybody, about school and about studying physics and IT. He helped me with the dishes.

Then I navigated the overwhelm that is the annual gathering website because I need to book the first part of the whole thing today and the second one next Sunday.

I did end up with a plan that might work and if I don’t get into the events I want I won’t be too sad. I’m sure I can have fun without overbooking myself.

Then I met a friend for a virtual knitting meeting and that was really great.

After that my husband approached me with the plan to buy yet another guitar. Since that is the model I immediately fell in love with last week I’m not sad about that either.

I put on makeup and real pants instead of yoga pants with holes in them and we went and celebrated my mother-in-law’s birthday.

The food was really, really, really good. And it’s even more special because I only eat it once a year. Maybe I should change that. I was sitting next to the boy and since my sister-in-law on my other side was more interested in talking to her daughters I ended up mostly talking to him. And it was really nice. I’m still a little surprised every day how much I enjoy spending time with my loved ones. I shouldn’t but I do.

After everybody was finished eating I thought in my infinite naivety that we’d leave soon and didn’t order a second beer. Well, no, they weren’t. First we waited and waited, then people decided that they wanted dessert, then we waited for the dessert and then we waited some more.

About an hour after finishing dessert some people were starting to make noises about going home so I immediately put on my coat and then, of course, I had to wait some more.

I was regretting that I hadn’t put a beer into the fridge earlier in the day but then my husband told me that he had thought of me earlier, and there was indeed one of my favorite beers ever was in the fridge.

Today there will be yoga and the booking thing and all the usual stuff. A real day off. I’m expecting a massive afternoon slump. And no, I’m not setting myself up for failure, this is called ‚being realistic‘.