Woke up from the alarm after sleeping well and long enough for a change. That made me rather happy.

Then I went outside and threw gravel on the sidewalk to deal with the dusting of snow there and the boy and I had a nice relaxed breakfast together. My husband showed up some time before the boy left and started the fire.

Then my husband had breakfast and then we had a big, fat fight.

That took much of the morning and went on into lunchtime. Fun!

I did clean the house and changed the sheets while my husband was running and we made pizza together. 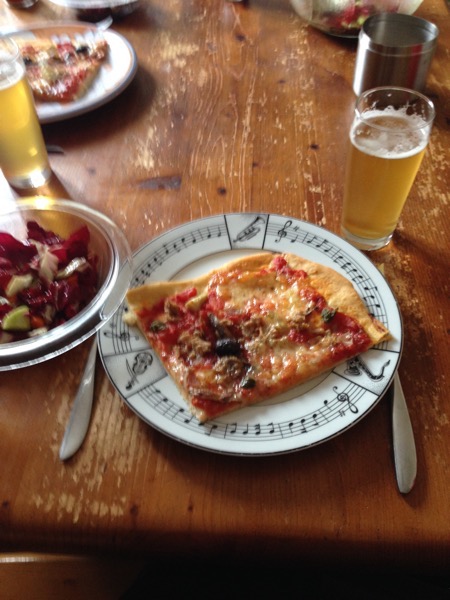 At least we ended up understanding each other better and apologizing and clearing things up but fighting always feels like a big waste of energy and time.

We did the dishes while waiting for the boy to come home. He was rather late and had forgotten that we had asked him to call us when he comes home late. We’re hoping he’ll remember next time.

Then I taught all the students and watched a planning video in between and right after my last student the webinar started. It was really good but a break before would have been better.

I also found that I had only one page left in my bullet journal. Migrating all the monthly things into a new notebook when there are only a few days left in the month just didn’t feel right. It seems I’ll lug two notebooks around until the end of the month instead.

After the webinar was over the boy and I watched Star Trek and ate leftover pizza. I worked on the crochet blanket and will be ready to start part four (that was released yesterday) some time today.

Today there will be running and food and writing and a virtual knitting meeting and in the evening we’ll go to my mother-in-law’s rescheduled birthday party.

I predict an extended Sunday slump this week.