The first time I woke up was 4.38 but I decided that was definitely too early and managed to fall asleep again until the alarm at six. I skipped my morning pages, spent some time on Ravelry and before I could even leave the bed my husband showed up. He had been awake since 4 and decided to start the fire.

Since the boy didn’t have school our whole morning was a little topsy-turvy anyways. Unfortunately, I don’t deal well with topsy-turvy mornings. I didn’t get to meditate at first and my whole morning routine was disrupted. Husband and I were both a little cranky as well.

The boy showed up late-ish and was rather talkative again. Slightly weird but nice. He helped me with the dishes. Then I got started with cleaning and managed to throw my husband off who had just come back from running. Running was no fun with the ongoing snow and slipperiness.

So I starte sulking and locked myself in my studio doing nothing which made me eve crankier while my husband started preparing everything for lasagna.

I ended up cleaning after all (phew), then helped putting the lasagna together. My husband would have preferred to eat earlier but I found the time alright. Lasagna was good: 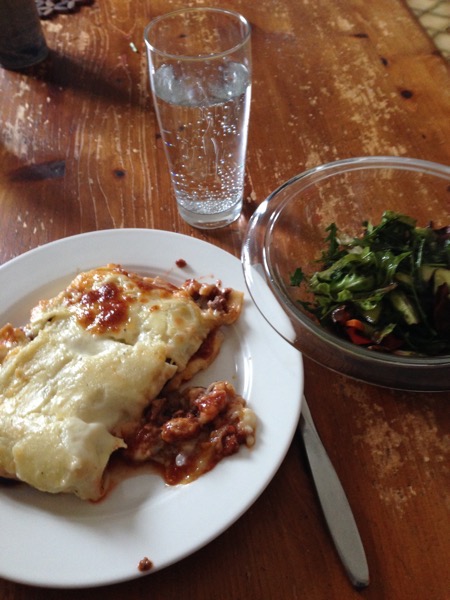 Did the dishes again, found that my new running shoes had arrived. I think I totally forgot to mention it here but a few days ago my husband and I were talking about running in the winter and I was lamenting the fact that my running shoes let all the water through which makes for somewhat cold toes after a while. He encouraged me to order insulated new shoes. Despite them being quite pricey. They arrived today. I’m rather happy that I ordered them a size bigger than my other pair: 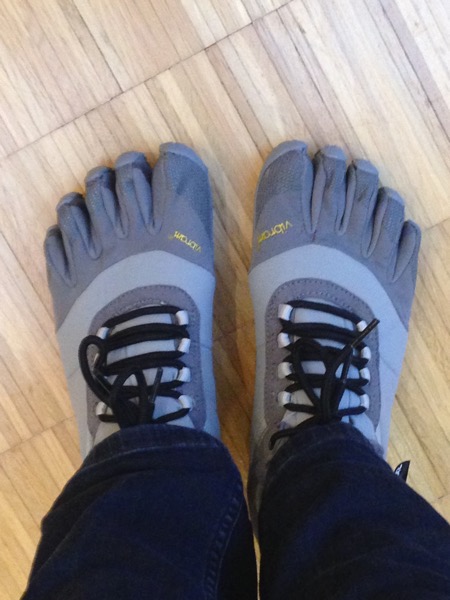 They’re also not waterproof but not all mesh like the others.

Then I started my Friday teaching marathon. And I actually enjoyed it.

After that I helped the boy fry some spaghetti with eggs, we watched some Star Trek while I worked on the Sweet Pea blanket, then I wrote a few words and went to bed.

Today there will be slipping through the snow while pretending to run, a super-early lunch and then I’ll leave for spinning meeting. My husband has a friend over, the boy and I will watch something together and that will probably be it.