In the evening I actually wasn’t quite sure where the day went. I did have a list, though.

Woke up early, wrote morning pages and started reading stuff on the internet. My husband had said he would get up at 6.45 to start the fire but then he didn’t. Which I found a little confusing but then 6.45 is really early for him.

So I made coffee and tea without the wood fire. Husband showed up when I had just eaten my first bite of breakfast and the boy came down shortly after.

Since it was snowing I then went outside to shovel the sidewalk. The snow was so wet that it didn’t fall off the shovel when I turned it so that was fun. Also, I managed to shovel during the time that hordes of children and teenagers walk by our house on their way to school. Good timing.

I did the dishes and finally moved all the plastic recycling to the outside bin. I had been dreading that for, um, weeks now. There was stuff in there from the boy’s birthday, even. Then I finally went for my run. My husband was already back home at this point and told me that it was near impossible to run in the wet snow, I was sinking in over my ankles and every time I pushed forward my feet would keep sliding sideways.

I did manage to run for about 500 meters or so but the rest of the way was a rather bracing walk. My hip was slightly unhappy afterwards. 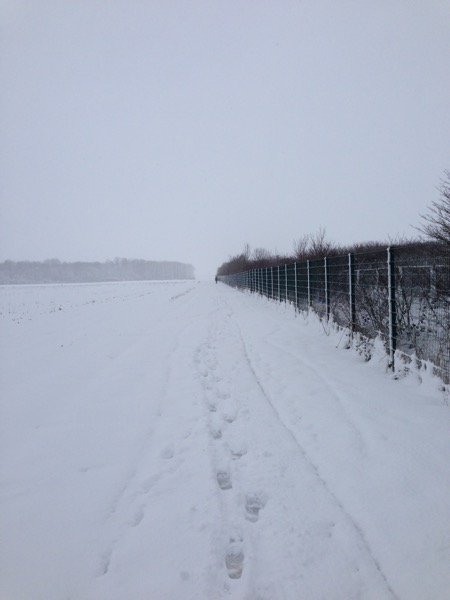 These are the kind of days where I wish I had snow shoes. Or maybe cross-country skies.

When came home lunch was almost ready but I got to take a shower beforehand. With all hot water, even! 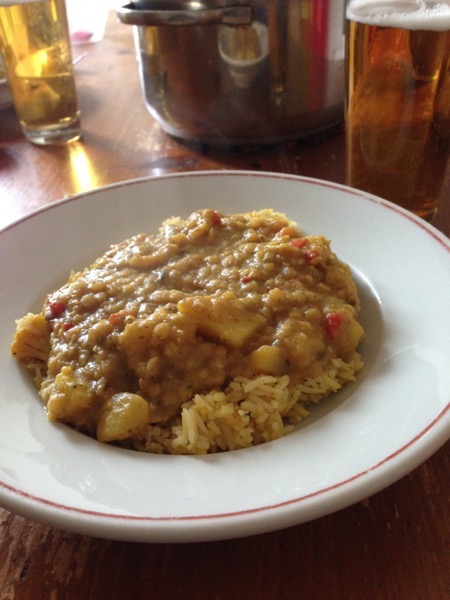 Didn’t look like much but was really tasty, rice and dal.

Then I did some more dishes, folded a load of laundry, made a bit of music, talked to my mother-in-law, read stuff on the internet and failed to write again.

My first student had canceled but then it was just one after the other until dinnertime.

Then there was some writing and some more reading (I want to read all the books!) and an early bedtime again.

Today I will probably shovel some more snow (mind you, my husband shovels way more than me) walk to the supermarket and teach until late. I am hoping to get some stuff done as well, like writing, the book cover design course and maybe a little work for the music teaching website as well.

The stickies on my improvised Kanban Board keep falling off and so far I haven’t even finished the first task on each bit project. I might be a little behind already…