I woke up at the civilized time of 5.30 which was really good, after having gotten enough sleep (phew!). I wrote my morning pages and failed to write anything on the novel and made breakfast.

The boy got up early as well because he had promised to tag along when I would buy the sacred bratwurst for Christmas for the first time.

So we set off around eight and when we arrived at the butcher’s there was a long queue but I have to say, it wasn’t as long as I had expected.

The funny thing was that we met my husband’s cousin and she was standing in the queue right in front of us. Which was a very good thing because on the way there I suddenly realized that I had no idea what the sacred Christmas sausages were actually called. „The sausages“ as my mother-in-law keeps calling them could potentially refer to dozens of kinds of sausages, even half a dozen kinds of bratwurst that they had in the shop.

It turned out that the cousin was there for the first time ever as well and only slightly better informed than I was but through keen observation I found out that what I wanted is called the „Christmas sausages“. And the distinctive characteristic is that they are with milk and veal. So I learned something new again.

We were victorious and while the sales woman was a little overwhelmed by my order of 45 „Christmas sausages“ and it took her some time to count them out and squeeze them into plastic containers the boy and I felt rather accomplished afterwards. We did a quick detour to the post office and then went home again where my husband was building the fire in the wood stove and ready to have breakfast.

I dawdled quite a bit but managed to eventually go on my Monday run. I even did the whole 6.4k and I ran more than I walked: 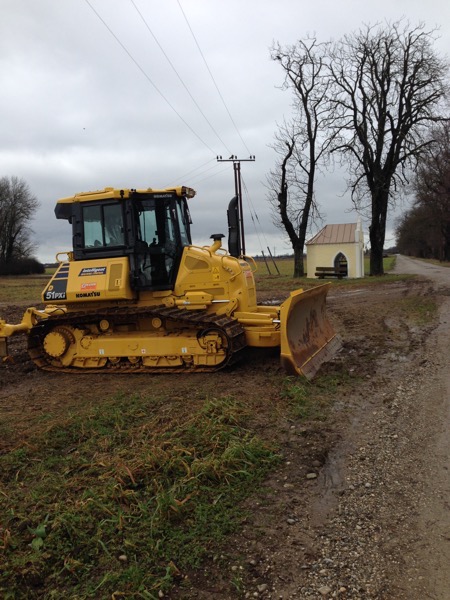 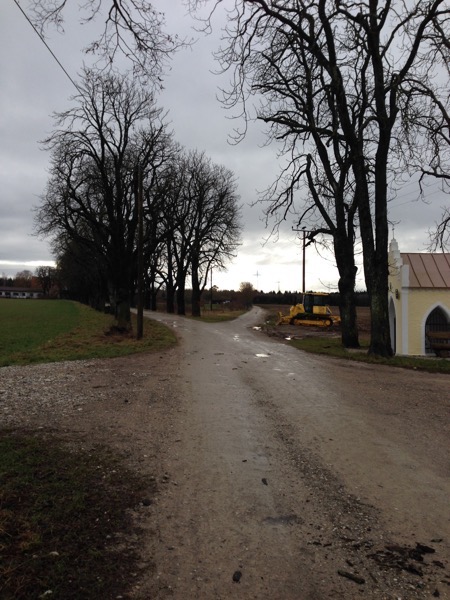 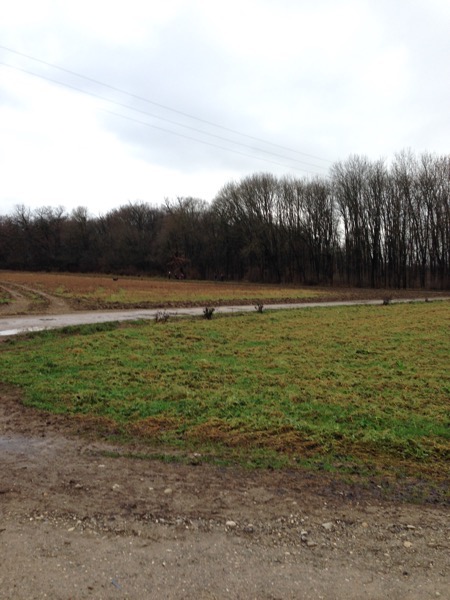 Running that much (after walking all the way to the butcher’s was a good thing because I might have eaten quite a bit of cheese for my second breakfast.

The we had spaghetti aglio e olio for lunch: 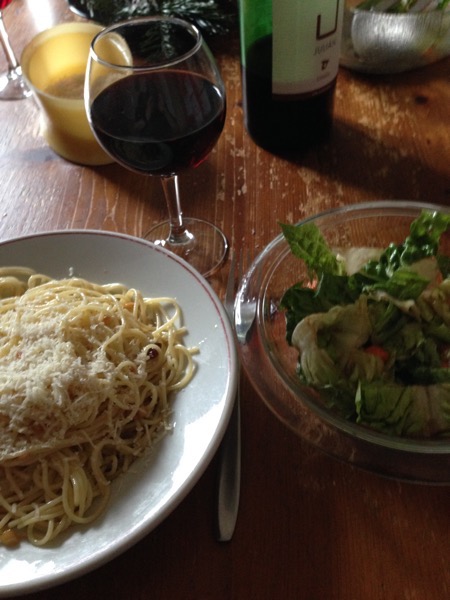 Then I had my usual afternoon slump. I was basically waiting for my mother-in-law to come back home. I hate not knowing things for sure.

Well, it turned out that she had called late in the morning and because my cell phone had acted up I hadn’t received the message before 3 pm. She had called to say that she would be staying in the hospital until Thursday or so because she was still not feeling all that good.

Since I was too fuzzy for writing I decided to get back to my book cover design course. It’s funny, I’m watching the videos and keep thinking, „Oh, that’s easy, no problem.“ And then I start doing things myself and find that I have no idea how to even select a box and move it around on the screen. I have to say that GIMP is about the most un-intuitive program I have ever used.

Well, there’s no way out but to go back, watch all the videos and do all the exercises myself. And the next time I think, „Oh, that’s easy, I don’t need to practice how to draw a box and fill it with color.“ I will have to eat my words yet again. Better to just go ahead and try to draw the box and fill it with color myself. I’m usually pretty competent with computers. This software is really humbling.

Then it was time to take care of the sacred Christmas food. My husband had started the sauerkraut right after lunchtime and was pretty irritated when I was sitting in the kitchen most of the afternoon failing to look after the wood stove and said kraut. Well, let’s say it was only slightly burned and there was still some left over in the end.

I did manage to start peeling the potatoes in time and we had our Christmas dinner rather early: 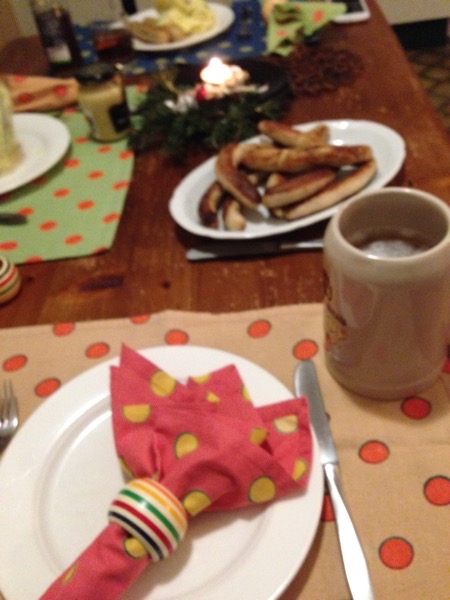 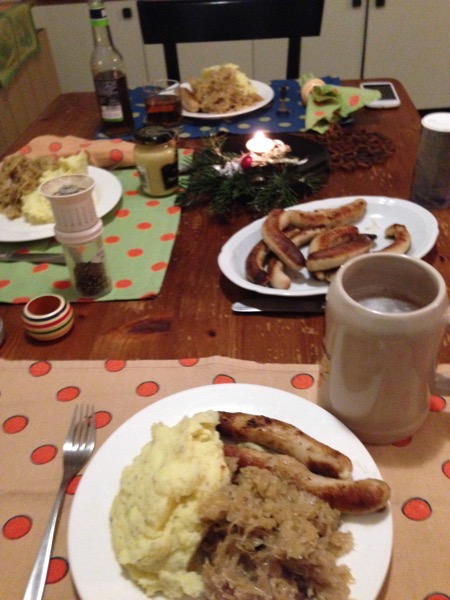 You should take note of the placemats and cloth napkins because this is really the only time of the year I will pull those out. This year everything was even clean and ironed. Woot!

The food was wonderful. Gorgeous.

Then I basically had to force the boy and my husband to open presents. I was very happy with the presents I got from my sister, namely the Neil Gaiman and Chris Ridell book „You must make great art“ which is wonderful and moving and which I read straight through right away and another one about making cloth from wild nettles. That one’s pretty cool too.

The boy and my husband were happy too, The boy got a „Tool“ t-shirt (yes, that’s an actual band) and quite a bit of money, and my husband got two CDs he had been wanting.

Then we did all the dishes and then I realized that I still needed to spin my advent calendar fiber. And that I still hadn’t written any fiction words.

So I spun the fiber and I wrote very few words and then I went to bed.

Today there will be the teaching of one student in the morning and some strength training and then the mounting of the smoke alarms (because it’s been a year that we got them and we should really mount them before my brother-in-law visits us next) and more fiction writing. Also, I do have a list.