Even though I went to be after 10 I totally slept in until 6.30. I had turned my alarm off.

And the rest of the day basically went the same.

I got up at the time I usually have breakfast, I knitted, I meditated, I decided on how to proceed on the Owligan, I ran a lazy 4.8 k: 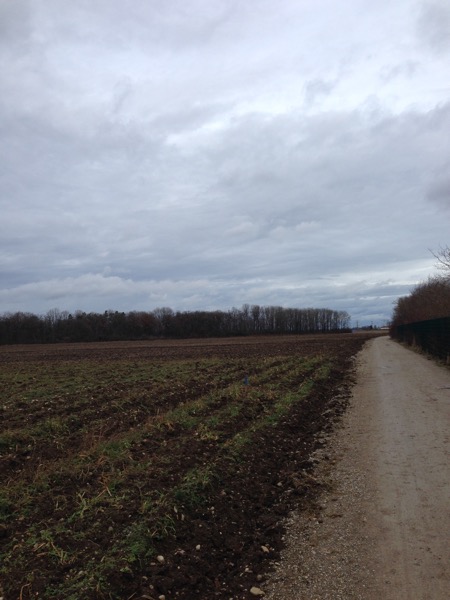 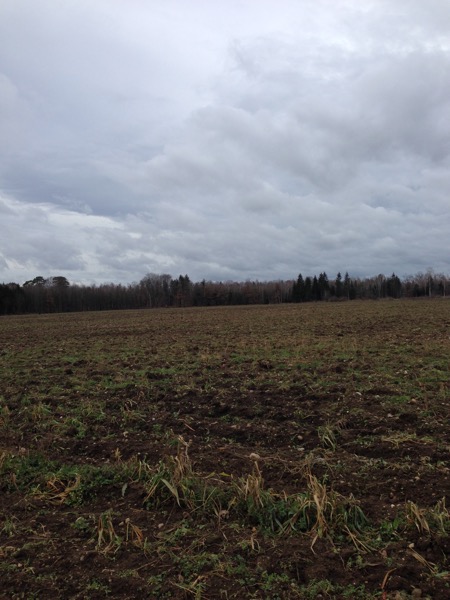 There was kale for lunch. But before there was a little kerfuffle with my MIL’s sister. MIL apparently had forgotten her meds so she called her sister and asked her to take them to the hospital. Sister arrived at our place while my husband and I were both out running. The boy can’t hear the doorbell (any of the three doorbells) while up in his room, especially since he is usually wearing headphones.

So I cam back from running to a note at the door saying that we should call her because of the pills. Also, there was a message on the answering machine. So I called her back and she said she’d be here in thirty minutes.

So I couldn’t take a shower until she arrived. An hour later. We did get the whole thing sorted just before having lunch, so that was good. 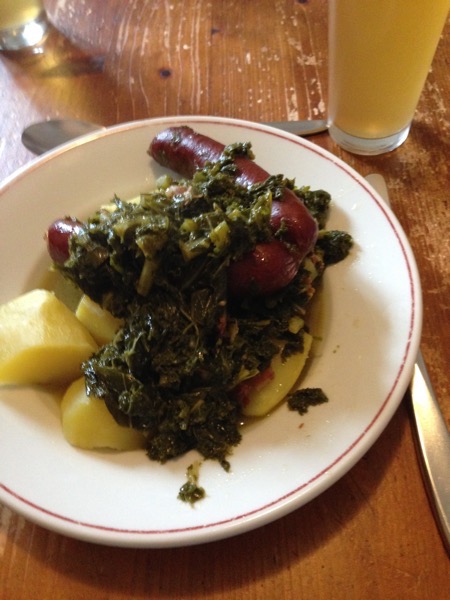 It was very good. We did a load of laundry.

I had started uploading the video for the podcast the night before but it took all morning until 3 pm for it to actually get uploaded. Then I could finally publish the podcast.

Then I crossed ‚baking‘ and some other thing from my list. I didn’t want to. My new bullet journal arrived. I really wanted a new notebook which is silly because there are still forty pages left in the old one and that will be enough until the end of January or so. I mean, I know there are people who always start a new bullet journal at the start of the new year but I usually don’t. Forty pages are forty pages.

So I just hung out and enjoyed not having to do anything. Then the boy and I watched some Star Trek and I spun my daily advent calendar fiber. Only two more days to go. Sigh. But I have another spinning project lines up afterwards. Or two. And since I’ve read the ‚Ply Magazine‘-issue about sock yarn I have been wanting to spin all the sock yarn again.

In the evening my brother-in-law called to tell us that my mother-in-law is fine. He saw her in the hospital already.

Today there will be yoga. And writing. And we will take the bus that only goes once per hour on Sundays to visit my mother-in-law. There was talk about a Turkish restaurant on the way.