I’m actually okay with it, though.

I had turned my alarm off because I had gone to bed too late but I still woke up at 5.30. Wrote my morning pages and then my day basically derailed. No fiction writing. It’s always a mistake to take a day off because it makes getting back to it somewhat harder. And it makes me more prone to binge-eat. Funny that.

I lounged in bed while reading the internet until past seven. Made breakfast, didn’t meditate because it was too late already. Did watch a bit of that book cover design course. Didn’t learn much.

My husband got up and I started knitting a fingerless mitten for him. Spent most of the morning knitting that only to find out that I didn’t have enough yarn after all. I did finish the one mitten, weighed it and found that I only had 15 grams of yarn left for a second mitten. Which would have needed 25. Nope. So I ripped it all back.

My husband commented that he just couldn’t understand how I could cooly rip that back after all that work and I heard myself saying, „Well, it was only two hours worth of work.“ Apparently two hours are a lot.

I felt really stressed out because there were so many things I wanted to do so I decided not to go for a run. Also, it was really windy and I am always a little wary of running through the woods when it’s windy. I keep being afraid of being hit by a tree or something. And I will walk a lot today so it was totally reasonable to change things around and do yoga yesterday.

Only the I didn’t do yoga at all. I sat at the kitchen table reading and eating cheese instead. Not quite the same as exercise.

I started reading three new books at once (always a bad idea, by the way). I decided that I couldn’t live without „Salt, Fat, Acid, Heat“ and declared it a Christmas present from my parents, and started both the new „Planeswalker“ book by Chloe Adler and „Diamond Fire“ by Ilona Andrews.

Then I helped to make lunch. We had chili because I had bought avocados but then we forgot all about the guacamole we had wanted to make and I only made it at the last minute. It turned out that the avocados really had been ready to eat the day I bought them. Unfortunately by yesterday I had to throw half of them away. Sad.

But the big thing was the cooking of the rice. My husband went for his run about an hour later than usual so he asked me to start cooking the rice while he was still out. Since I basically never cook I said, „Remind me again how much water I need to add?“ And he said, 1 1/2 cups of water to 1 cup of rice. So far, so good.

Then he went on to put the rice into a pot and closed the lid and said, „I’ve added the rice and the salt already.”

Half an hour later I put that pot on the wood stove without looking inside. I folded laundry and started another load in the basement and soaked a shawl for blocking and then there was a point where, in the back of my mind, I started wondering why I couldn’t hear the water for the rice starting to boil. „Oh, my husband is right, it does take forever for water to boil on the wood stove,“ I thought.

Then I decided to lift the lid to look at the rice. My husband frowns on looking inside the pot while cooking rice because that makes the water evaporate and then the rice can become too dry.

Well, turned out this rice was really, really dry. As in there was no water in that pot at all. When I opened the pot there was that lovely, toasty, slightly burnt smell coming out and when I stirred the rice there was quite a bit of it looking rather brown already.

First, I put some water in. Then I stirred some more. Then I decided that this wasn’t working, drained the rice, threw it all away and started a new batch of rice.

See, that is how we end up fighting all the time while cooking.

I asked my husband for information and he decided to start preparing the rice to help me. Since the lid was on the pot I assumed that the pot was ready to go on the stove. But. He even told me that he had added the rice and the salt. Nothing else. I was the one assuming that he just hadn’t mentioned the water. Even though the water was what I had asked him about.

So. He tried to be nice and help me, I made an assumption that seemed utterly logical and inevitable to me and in the end things went very, very wrong.

I didn’t mention the spoiled rice, by the way. When he came back he assumed that the burnt smell came from water boiling over. If that had happened when he was at home he would have been livid. And yes, I should have checked the contents of the pot before putting it on the stove. But really, who would have thought that he wouldn’t add water? Why? That is one of the things that we will never comprehend about the other.

I keep thinking that the person who starts something should also finish it or say something like, „Remember that you’ll still need to add the water before cooking this.”

He thinks that just starting something is already great and wonderful and that, of course, everybody should keep track of everything.

Lunch was still pretty good, shame that we had to throw a cup of rice and an avocado away: 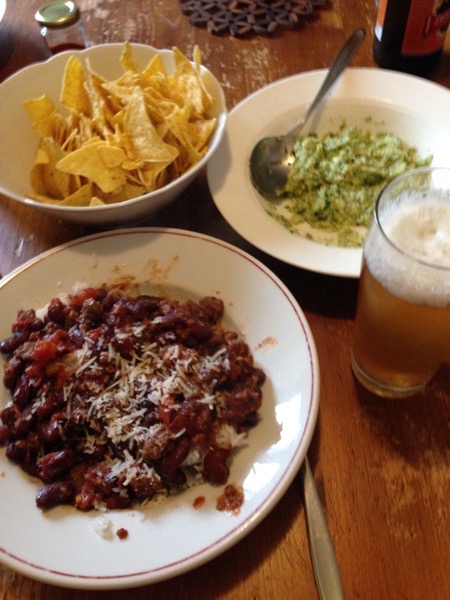 Then I fell into the usual Saturday slump. At least I used that lethargy to watch some more of that book cover course. Though I have to say I should have skipped the last two chapters. I already knew everything in them. Not the fault of the instructor, by the way, it’s just that I have learned a thing or two by working with Photoshop Elements for a few years.

Then I tried getting out of the slump. Around 4 pm I finally managed to tear myself away from the screen, removed my nail polish, took a shower and gave myself a pedicure. In between I carded the fiber I want to spin today: 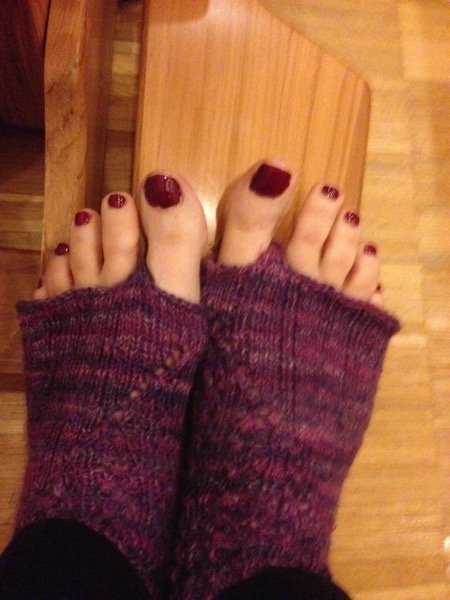 And then it was time to watch Star Trek with the boy. We had to stop the episode of ‚Voyager‘ constantly to verify some historic facts and such, as you do, and so it was already pretty late when we started the second episode.

The boy decided to go to bed instead of watching „Deep Space Nine“ so I started watching „Salt, Fat, Acid, Heat“ on Netflix instead.

Then it was rather late, I hurriedly got ready for bed and turned the lights out a little too late. Again. And no fiction writing.

Today there will be writing – at least I really hope so – and I will have lunch extremely early, like around 11.15 and then before noon I will leave for the Saint Nicolas spinning meeting. I already charged all my electronic devices and both my bluetooth keyboards because I am really determined to spend my time on the train writing.