I woke up from the alarm and decided not to write morning pages because of it. Went online and didn’t write. Boo.

Had breakfast, meditated for five minutes and started preparing the podcast. I didn’t get quite as far as I had wanted but that’s okay.

My husband showed up, built a fire and had breakfast while I worked on his hat. I’m already at the crown decreases. We had a great conversation about my writing and such and how to get better at actually doing it. Sorry, that’s an ongoing problem that probably won’t go away soon. If ever.

Then there was a bit of housework and the running. I did 6.4 k with slightly more running than walking. And I felt fine while doing it. The weather was pretty gray but dry and there weren’t any people out. I really enjoyed that: 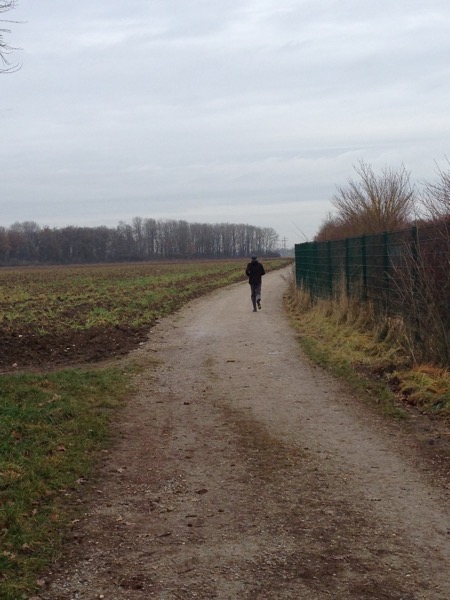 That’s my husband passing me, by the way. 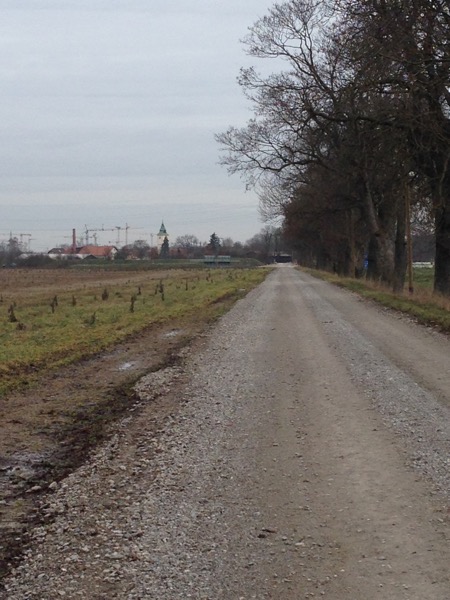 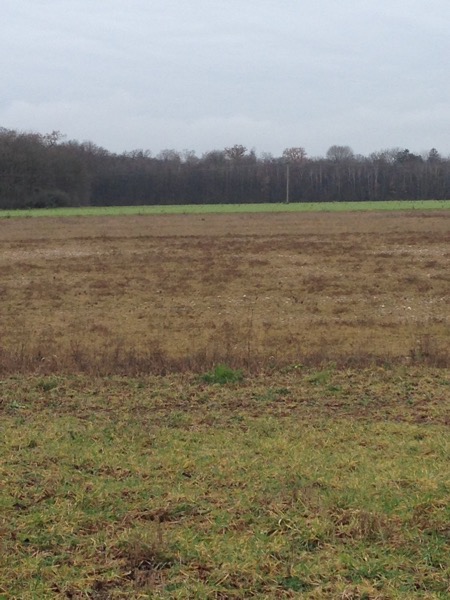 Halfway point when you look to the other side.

Then we made lunch with the usual misunderstandings and chaos. This time it was a rather elaborate meal (lamb balls, kritharaki with tomato sauce, tsatsiki and green beans with stuffed peppers for the boy) and my husband forgot to actually make the green beans. We started those just before everything else was ready and then he went and took a very short nap before eating because he had to start teaching early. As I said, slight chaos. But the food was very good: 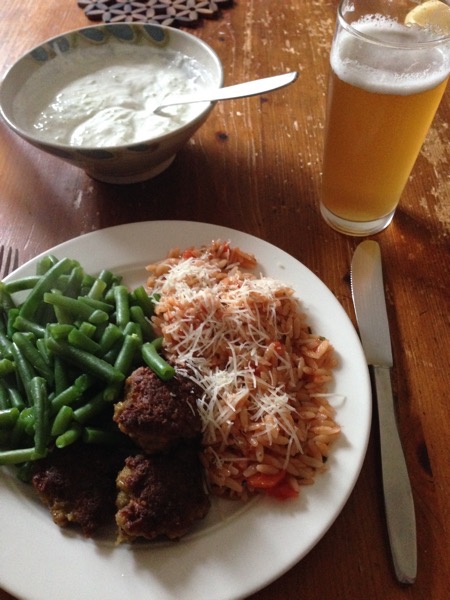 Then dishes and in between the folding of the laundry and getting ready for teaching. Yesterday I had decided to start a new spinning project next Sunday and I managed to card half the fiber I want to take. My first student was a no-show which is always rather confusing and then there was solid teaching until 6.15.

My webinar started at 6 but of course I couldn’t watch the beginning. It doesn’t matter, though, because I’ll be able to watch the replay. Webinar was great and I used that time to spin my daily portion of advent calendar fiber: 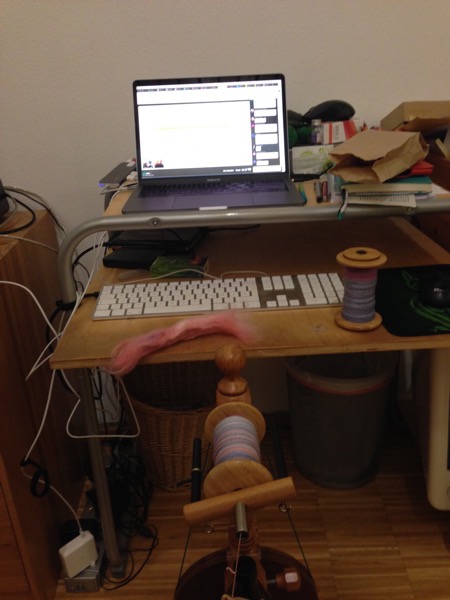 It’s getting rather more pink than I’d usually choose but I like it.

Then I started this post, did another pile of dishes, wrote in my bullet journal, wrote for 15 minutes on the novel, got ready for bed and crashed. I had been really looking forward to read some more of „The Omega Objection“ by Gail Carriger which is fabulous and so I read and went to bed too late. And yes, no drawing again.

Today I’m looking forward to go grocery shopping, prepare the podcast real quick and record an episode. Then teaching until late and then there won’t be much energy left.