Woke up too early and was tired all day. I’m thinking I should work on my sleep hygiene again but my husband thinks it might be the next iteration of the cold that keeps on coming back. I guess we’ll see.

When the boy and I were sitting at the breakfast table my husband showed up all of a sudden. And hour earlier than usual. Which was nice in a way but also a little confusing. Needless to say I never managed to squeeze meditation or writing back into the day. Serves me right for not using the time between 5.30 and 6.30 when I was awake but too cranky to do anything useful.

I went for a run. It was fun and all but so cold that I was still freezing an hour later. (Maybe it was the cold after all.) 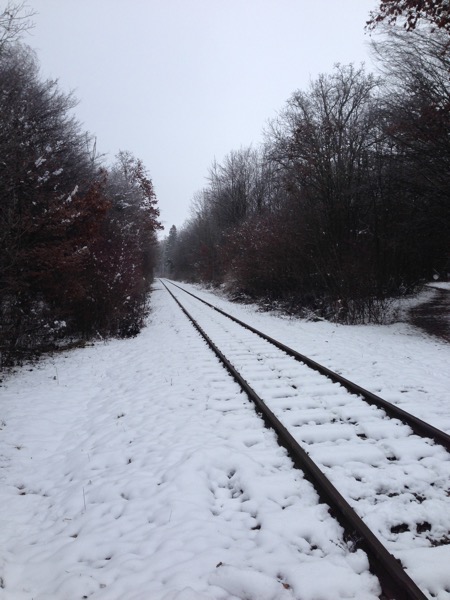 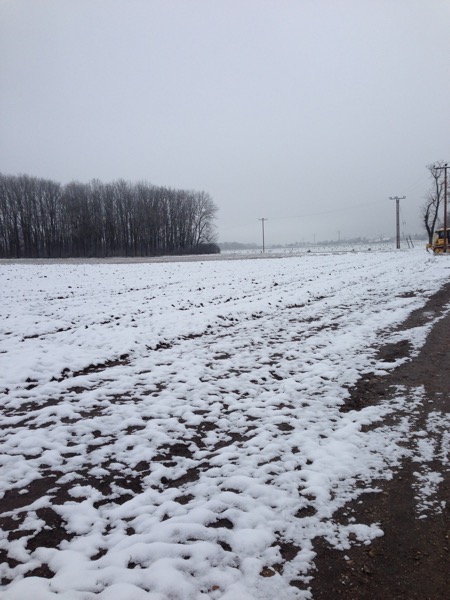 But first I did finish the cardigan! 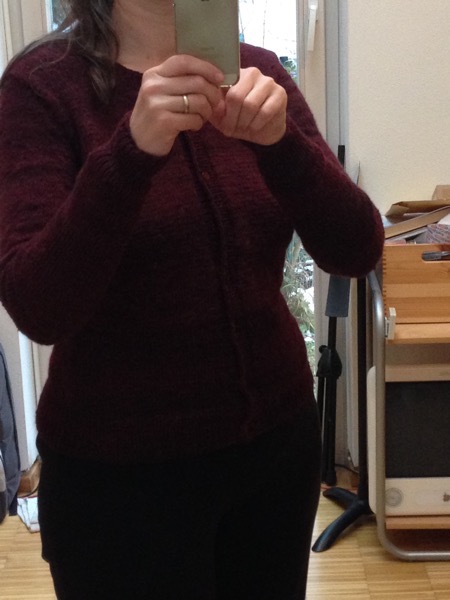 Then I took a shower and helped to make lunch: 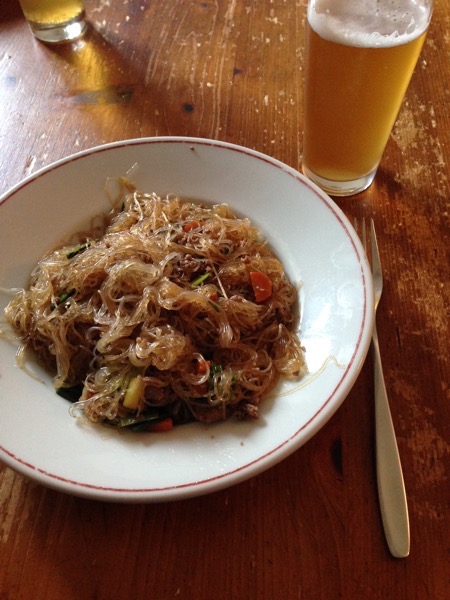 Something pseudo-Chinese with rice noodles, carrots, leek and ginger. The leek is from our garden. Unfortunately, we had to throw about half of it out. There might have been bugs but I’m honestly not sure.

Then I wanted to write or do something productive but instead I ate all the chocolate. Because that really helps when you don’t have any energy.

My first student had rescheduled to 3 o’clock (by email at 9.30 the night before – since I don’t check email after dinnertime I only saw that in the morning; but I got an answer to my 6 am-email a few hours later), so I got ready fifteen minutes before (that student tends to show up early). And then I waited. And waited. She showed up at 3.20, telling me that she thought the reschedule was for 3.15.

Which meant I hadn’t done the lunch dishes. I know, there was enough time before, but still.

And then I lost momentum for the day.

Taught some more students, waited for friends of ours who were bringing a wine order, got ready for bed at 7. Still no dishes because the boy was taking a shower.

My poor husband had to teach until 7.30 and showed up rather exhausted for dinner at 7.45.

Then I finally did the dishes and wrote very few words.

I ran the numbers and if I want to finish this novel until the end of the year, and if it runs as long as the first one in the series I will need to write 1,600 words each and every day. Including yesterday which I didn’t do.

Today I will do all the things, of course, go grocery shopping, get my new passport that I completely forgot about (I just got a letter that it had been sitting there, ready for me to get it since May, oops), make deodorant, practice music, write all the words, start at least one new knitting project and learn some more about book cover design.

You know, the usual.

So I’ll spin my huge advent calendar in December and then I’ll crochet a blanket in January and February. At least things won’t get boring. Even though I just finished that cardigan that took years to spin for and only less than four weeks to knit.