The fact that I had given up on NaNoWriMo didn’t sit well with me. So on Sunday evening I got it into my head that it still wasn’t too late.

I ran the numbers and found that an average of 7,600 words per day until Friday would still allow me to win.

Of course I made rules:

So I woke up and started writing only twenty minutes later. Made breakfast on time, ate, forgot to meditate and started writing again. The first thing I wrote after breakfast was my sad, way too late November newsletter. Then I wrote some more fiction while my husband was building the fire. Knitted four rows on the cardigan while he had his breakfast. Did the breakfast dishes. Supervised the beans starting to cook on the wood stove while my husband was out running and wrote some more.

Went for my first run in weeks: 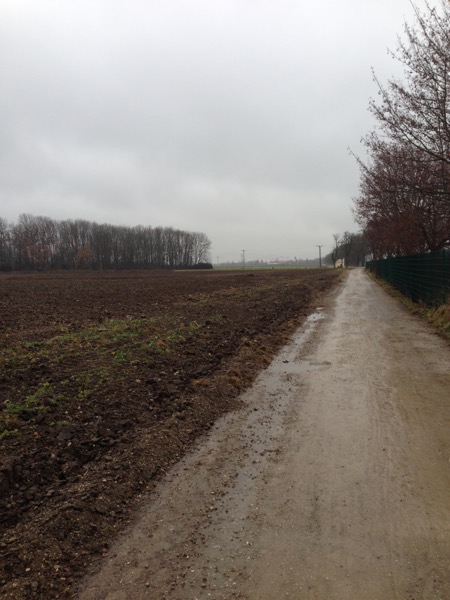 It was glorious if cold, wet and muddy. Not many people out, surprisingly. I was super-slow but it was fun and made me happy: 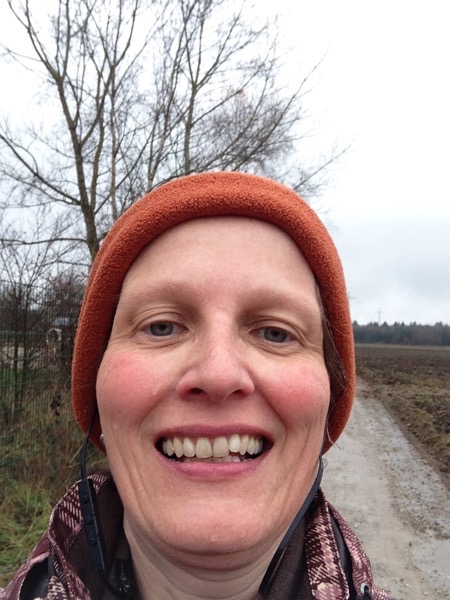 Then I helped a little with lunch, took a shower, got dressed and applied makeup right away. Also forgot to use body lotion yet again. (I only remembered when I started itching while teaching.

Lunch was beans and rice: 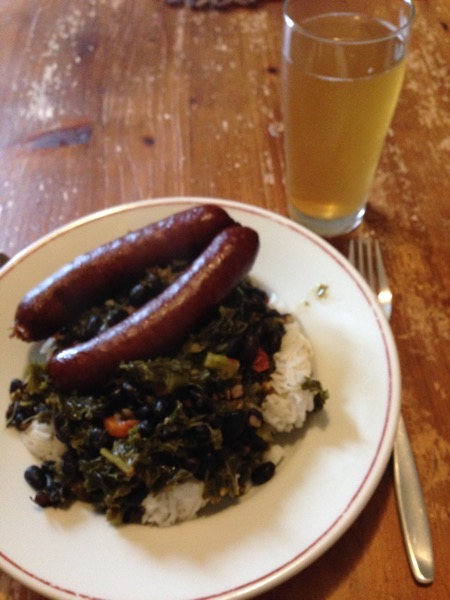 Then I wrote some more even though my brain felt like mush and I was starting to get a headache.

Then I taught four students. Listened to the boy practicing piano.

Then we wanted to watch ‚Doctor Who‘ but the new episode didn’t show up in the iTunes Store. We sadly had to watch an episode of ‚Deep Space Nine‘. Don’t get me wrong, we love ‚DS9‘ it’s just that we had been looking forward to ‚Doctor Who‘. Later that night the episode did show up but not as part of my season pass. Instead there was a button telling me it would cost an additional 2.99. Um, no. I’d rather not pay for the same thing twice.

Trying to get a message to support was another trial but I prevailed. We’ll see how that goes.

And doing it one day would not have been enough. I would have had to pull that same stunt (including the mushy brain and headache) every day for the rest of the week. And Monday is my light teaching day.

So I’m officially giving up for a second time.

My husband said that I could have spared myself the disappointment but really, I’m not disappointed at all. I just had a feeling that I hadn’t tried hard enough and so I decided to do an experiment. To see how much I could get in a normal day if I tried as hard as I could.

I’m hoping that that stunt has gotten me back to writing and that I will finish this novel in the not too distant future at a sustainable pace.