I woke up at 5.30 again after a night of pretty good sleep. Because I was tired of not getting anything done I started the day not by reading but by writing morning pages first thing. I found that my need to talk is huge at the moment and that it seems I can never get enough. I think that talking at my family for more than two hours a day about things that don’t really interest them is a little selfish so I pulled out the journal.

Which transitioned into meditation and then into actual fiction writing. 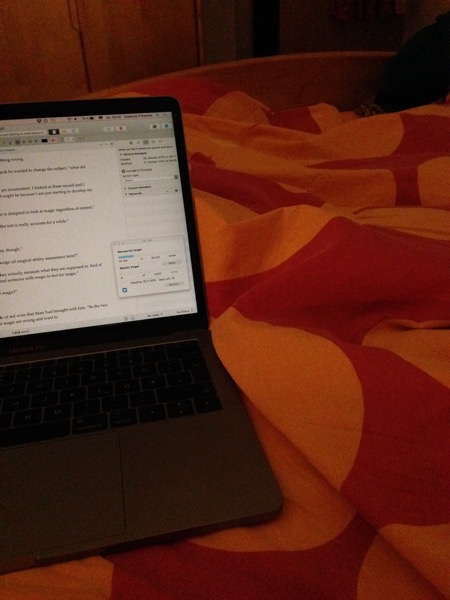 I finished the main body of the crochet blanket for the boy and started figuring out the border. Did the dishes, had a somewhat heated conversation with my husband that was really helpful in the end about goals and habit change and such. I think we both ended up understanding each other a lot better.

Then I went for an 8k run in the cold rain: 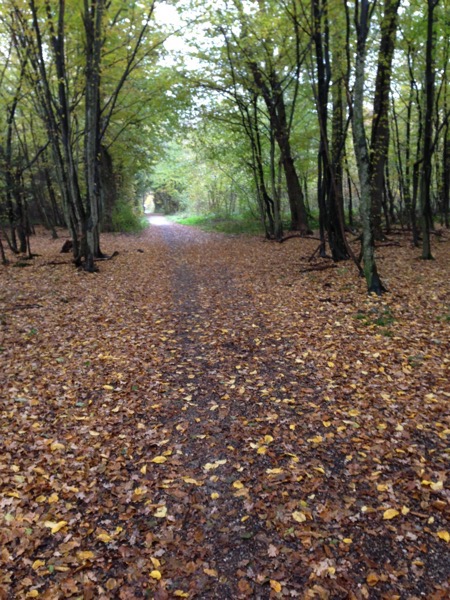 It was much colder than the days before. I know it’s weird but I really like running in the rain. Another bonus was that there weren’t many people out. 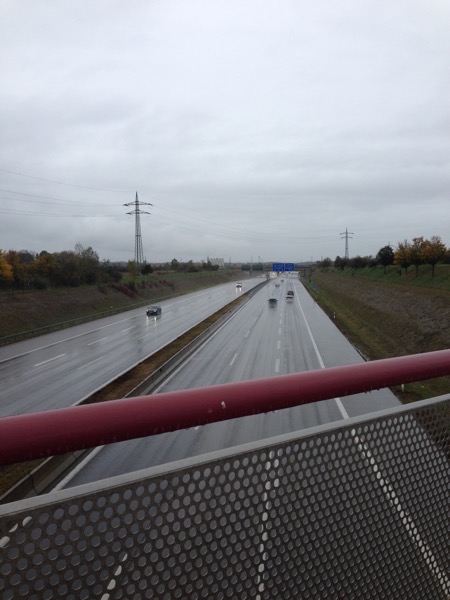 Here’s a picture near my halfway point. Not all parts of the route are equally idyllic.

I met my husband shortly after, we talked some more and then he ran off again, being much faster than me.

I came home, peeled potatoes, took a shower and half an hour later I felt like I had finally thawed.

Lunch was much needed comfort food: 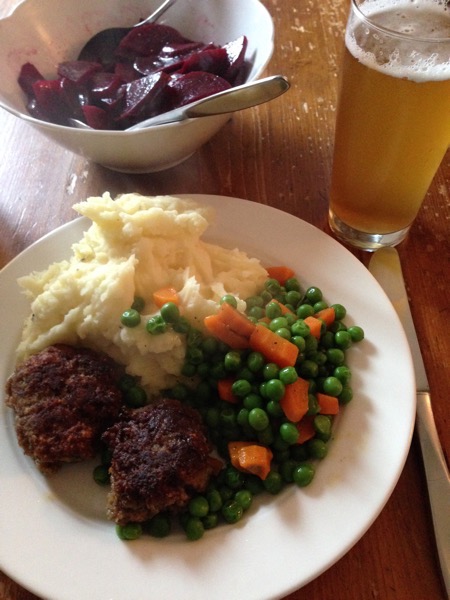 Then I braced myself for the dreaded Saturday afternoon slump. I did take a little break but when I felt the slump setting in I forced myself to do the dishes and make some music instead of staying on the kitchen bench.

I wound the yarn from the pi shawl into skeins and washed it while watching a show. I booked a train ticket for April. I did everything on my to do-list but spin.I did read a lot of „The Bullet Journal Method“. I really like it.

Then I washed the yarn and hung it up to dry, watched „Deep Space Nine“ with the boy, brushed my teeth right away, wrote in my journal and made a list for today. Yes, I have a to do-list for a Sunday. One point on it will be „Watch a show with the boy“. Another will be yoga.

So. Not all that much to do today but I need to call my mother because of her birthday and make a plan for next week and such. And change all the clocks in the house that don’t change on their own. And write.