Woke up early and read. I did get up a little earlier than usual because I was expecting a package to arrive around seven. Apparently it should have but despite me being awake, the doorbell being on and me waiting for it I still got the message that it couldn’t be delivered. I’m starting to get pissed.

I’ve also spent the whole day waiting for that package.

No writing in the morning yet again but I went out and finally mailed my mother’s birthday present. It will probably be late but maybe I’ll get lucky. I decided that I had too much to do to make pizza from scratch, especially since I hadn’t managed to make the dough the day before. So I went to the grocery store right next to the post office and bought frozen pizza.

Found that I had a message on voice mail, called back and might have a new student starting after fall break. Which is a good thing. 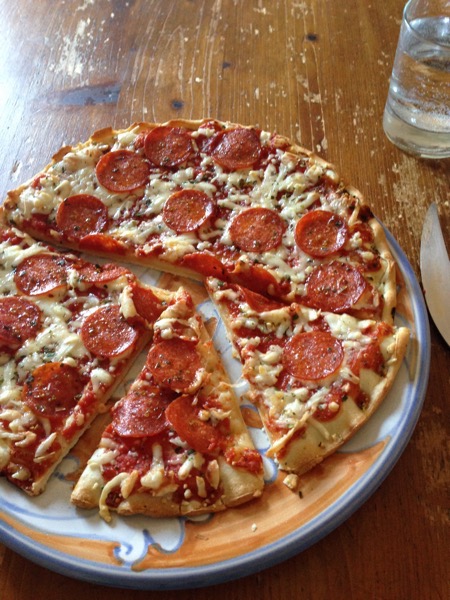 Looked at the pictures I had taken the day before, taught three students (all the others had canceled), wrote an email and did strength training. Second time this week, yeah!

Then I watched the very first episode of „Star Trek Voyager“ with the boy. It was fascinating because I had only ever seen them overdubbed in German. I hadn’t realized.

Today there will be running and knitting for sure. And reading. Otherwise I don’t know yet. Which is great.