I woke up from the alarm and didn’t write first thing but I did manage to get up on time.

Had breakfast, managed to write: 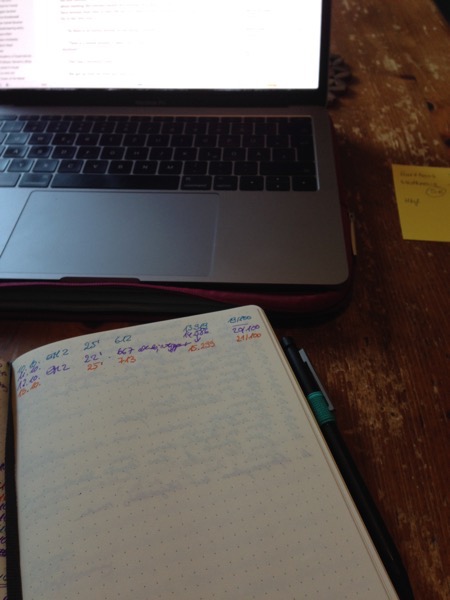 And sewed the last few buttons on my Cria cardigan.

Talked with my husband and found out that there would be massive disturbances in the train service to Munich again. Still, there was a way for him to get where he wanted, it only took longer than usual.

I did the dishes and went running: 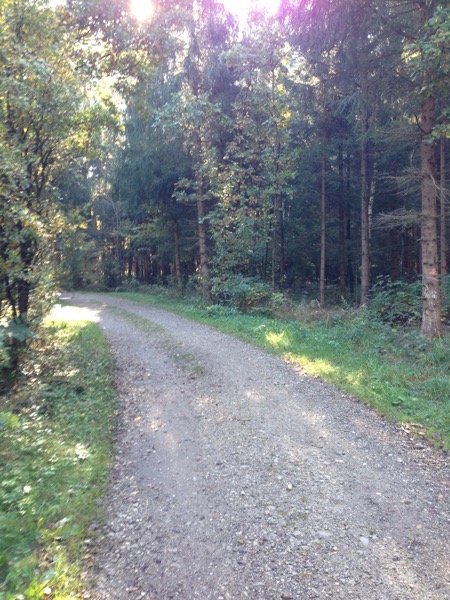 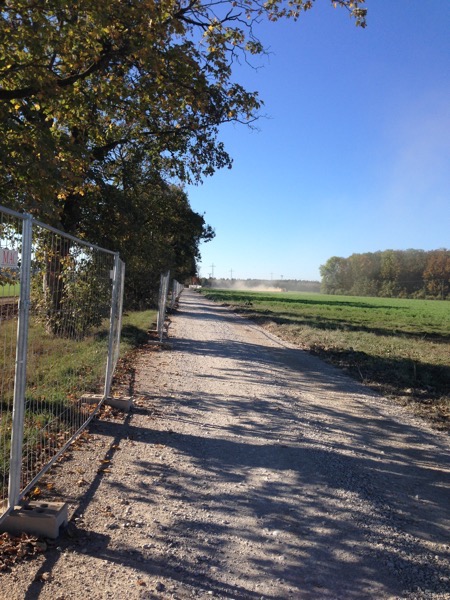 The farmers are moving massive loads of earth around on this field, and have been doing so for a while now. Every Saturday there are tractors up and down that road. They are the source of dust in the middle of the picture. 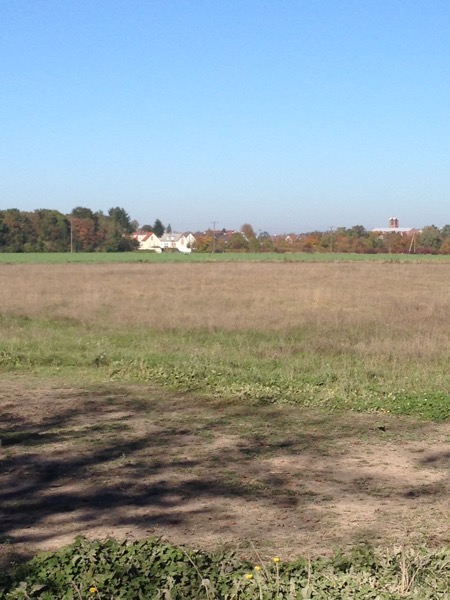 This was my halfway point where one can see houses again.

Then I took a shower and went to reheat the rest of Thursday’s soup for lunch. But. There was no lunch. I was a little disappointed and thought that my husband had eaten it despite us talking about leaving it for my Saturday lunch. So I had this for lunch: 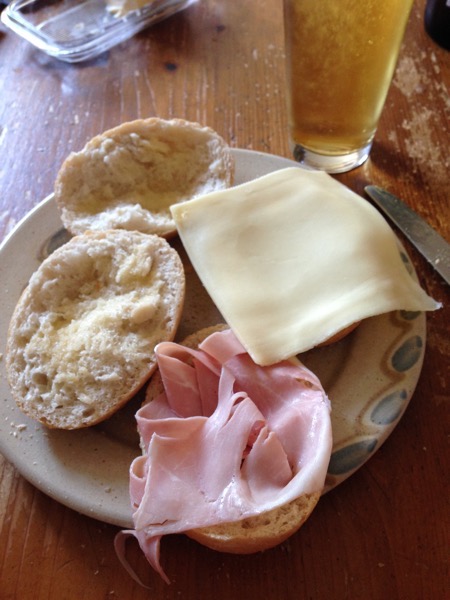 Plus more cheese and ham.

Then I rode my bike to the spinning meeting. I hadn’t been in ages and it was really nice to see everybody again. Quite a few people had opted to go to the wool festival on the other side of Munich which made the spinning meeting smaller than usual.

I went home rather early as usual. I find that about 2 1/2 hours of sitting, spinning and talking are usually enough for me. Rode back through fall leaves and acorns on the bike path.

My husband was already home and cooking tomato sauce.

I had a package, I had ordered a new cable for my phone and new headphones because the old ones have a frayed cable. Unfortunately the phone cable was broken so I need to send that back.

I didn’t really get anything done until dinnertime but it still was nice. For once I did eat dinner, I had the soup at last. Very yummy.

Then I wrote a bit and read a lot and went to bed early.

For today I had planned to go to the wool market but after much deliberation I decided that I won’t go. The day will be busy enough with yoga and voting and writing and all. I’ll save the time and energy and might spend a little money on ordering self-striping sock yarn online. And the fiber advent calendar that I’ve been thinking about.

I think I have a plan.