I woke up rather early which had the great advantage that I could write first thing.

I ate breakfast alone because the boy had the first two periods off from school. Talked with my husband, did the dishes and decided that I felt well enough for a run: 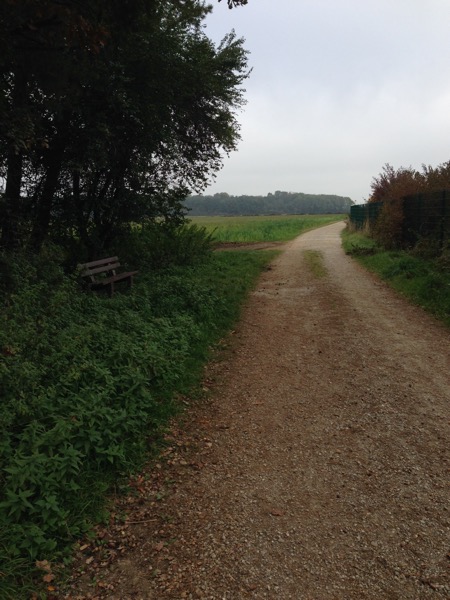 I did feel a little faint somewhere around the middle so there was a lot of walking back. It was fun, though.

Then I went out again for grocery shopping and for picking up clothes that I had ordered for the boy. Came back home just in time to help with lunch. Took a shower, had lunch: 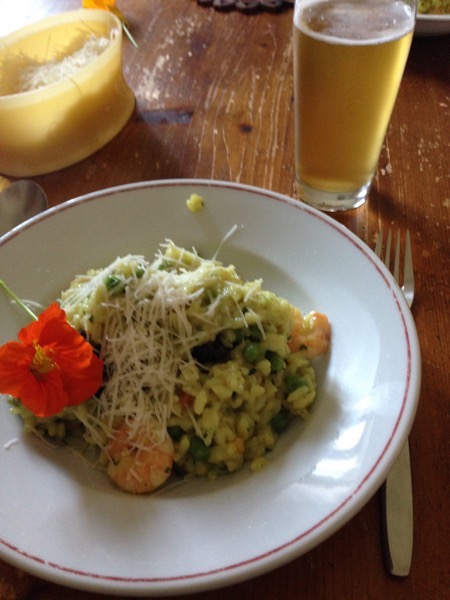 The furnace and the heating, by the way, worked perfectly all day so we did not call the repair guy.

I had a little time before teaching but mostly used it for reading and doing the dishes again. I sang a little. Taught a student and procrastinated for an hour. Made the boy try on his new clothes. They are all a little too big which is good, and he loves his new winter coat. The past few years he kept wearing a jacket that wasn’t warm enough because he didn’t like his winter coat at all. This year we decided that even though it still fits him (I bought a lot of very big clothes five years ago because he was so chubby then) it might be time for a new one.

Then I tried to make him pack for his trip. I had realized that I was super-anxious because he hadn’t prepared anything yet. I mean, if it were me I would have made a packing list at least a week ago and I would have been well packed by then. But the boy is not me and tends to put unpleasant things off.

Then I taught another student. Helped the boy find some things he needed to take with him like packing cubes and a power bank. I had already sent him a link to the list of things that are recommended to bring.

I have to say that I found it really hard not to make a list for him. I keep telling myself that he’ll be fine even if he forgets things. As long as he has his ID, ticket and some money all should be fine.

I got ready for bed after that, planning to write some more and read a lot. I have to say that not eating dinner does free quite a bit of time in the evenings. Especially since my husband thinks that people who don’t eat shouldn’t do the dishes. I do miss bread and cheese, though. And liverwurst. Maybe I should eat dinner again one of these days. Not eating it is the easiest way not to gain weight (and maybe even lose some again) at the moment. And it is surprisingly easy.

Today I have a doctor’s appointment basically right after breakfast which means I won’t see him before Monday. Then I will go to the really nice health food store that has those delicious potato chips, my favorite kind of peppermint tea and all the meat.

Only three students today, and again I’m hoping for marvelous productivity in between.