Woke up super-early again, lounged in bed. Got up almost on time and made breakfast. I started reading „Night and Silence“ by Seanan McGuire yesterday and found it hard to put down.

After breakfast I meditated and wrote (phew).

A comment on yesterday’s post made me realize that there might be a misunderstanding about my writing at the moment. After whining and a lot of teeth-gnashing and such over the past months I seem to have turned a corner (knock on wood) twelve days ago when I decided to do the „100 days of writing“-challenge on instagram. I like to get the writing out of the way early in the day if possible but when something happens – or I’m just totally not in the mood – I just write later. Ideally I have three or four windows of opportunity. The first one is right after waking up but I only wrote that early once and it gave me half the words that 25 minutes usually give me so I’m not sure forcing myself at that time of day is worth it. The second one is right between my breakfast and that of my husband. That one is ideal, so at the moment I make sure that I don’t dawdle it away. Sometimes there is a third one between whatever I’m doing after breakfast and the time when we need to start making lunch but that’s rare, and then there is another window of opportunity in the evening before I go to sleep. Interestingly, I often manage to write pretty fast and easily at that time despite not being a night person at all.

With the added incentive of the challenge I managed to write more than 6,000 words last week even with skipping a day. I do have the secret hope to finish the current novel until the beginning of November but that is just crazy talk at this point. It would be very, very cool, though.

After talking with my husband I decided to try my new soft contact lenses because it was raining, and running in the rain with glasses is not my idea of fun. And they worked. It was great: 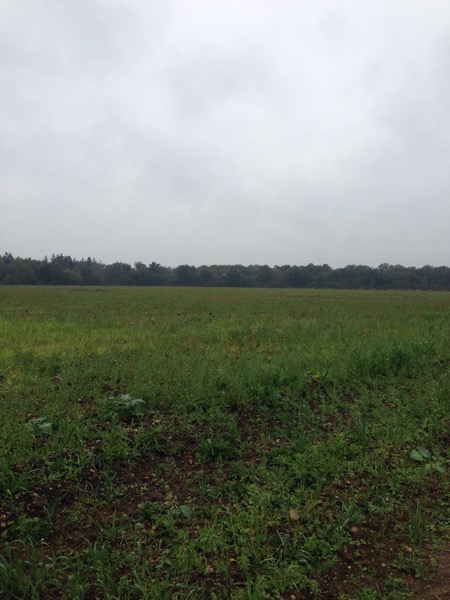 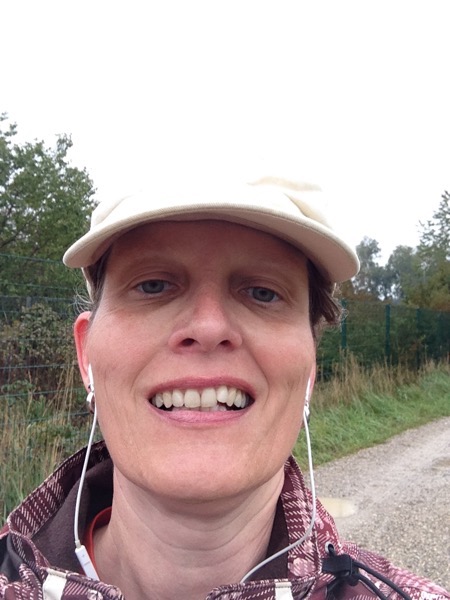 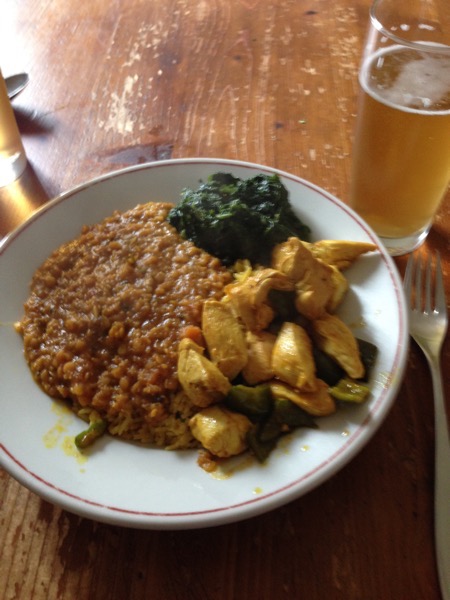 Tasted better than it looks.

Then I had some time before the first student and used it for writing emails and sewing. The Kew dress is now actually dress-shaped. Next step is to clip some seam allowances and press them and understitch things (which I’ll need to look up again but that will take just a minute) and then I have to make 15 buttonholes and sew 15 buttons on, and stitch the hem and then I’ll have a dress.

I tried it on today and it is a little snug round the bust. It might work with a non-padded bra. I’m pretty sure that I will love wearing it next summer.

Then I put on makeup and taught my students, wrote some more words and read a lot more and went to bed early.

Today I want to run some errands, and write and make good use of my one-hour break in the middle of the afternoon.