I don’t quite know what happened there but there really was no time at all.

I woke up early and didn’t write again. But I did look at the short story that I’m working on, promptly despaired and closed it again. I started formatting the novel, just to see how it’s done and – lo and behold – this will be a lot of work. I should first read it again and iron out the mistakes, though.

I finished knitting a sock for my husband after breakfast and then he came along with a pretty new shirt that had caught on something in the greenhouse. I knew that I could mend it, but not invisibly. And then he said that would be great but he’d love it if it wouldn’t sit in a pile for the next three years.

So I mended it right away: 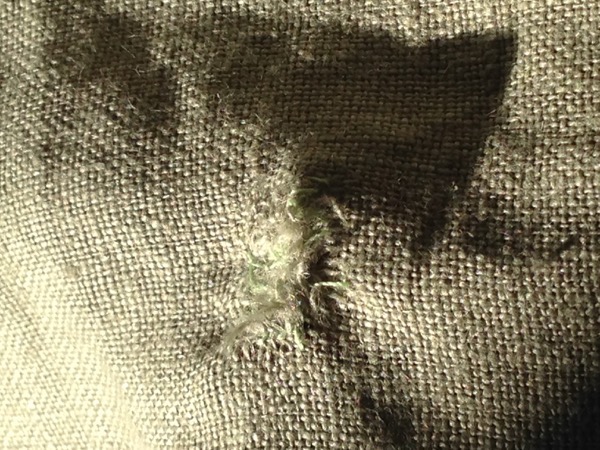 Yes, that is the mended shirt. And the color isn’t quite right but my husband was happy with it. It does look less glaring from afar: 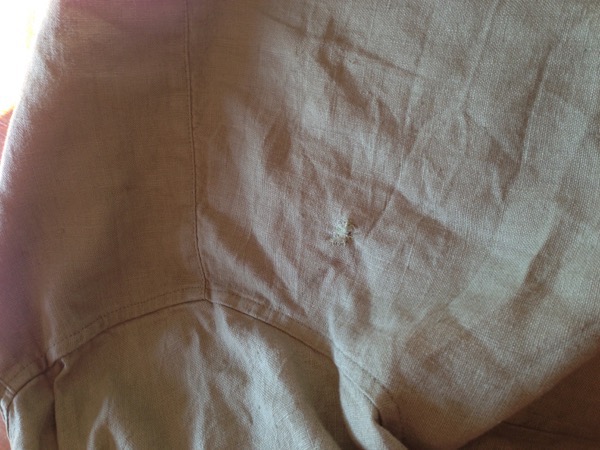 Also, it’s in the back. And since I had the mending stuff all out I also mended my favorite running socks: 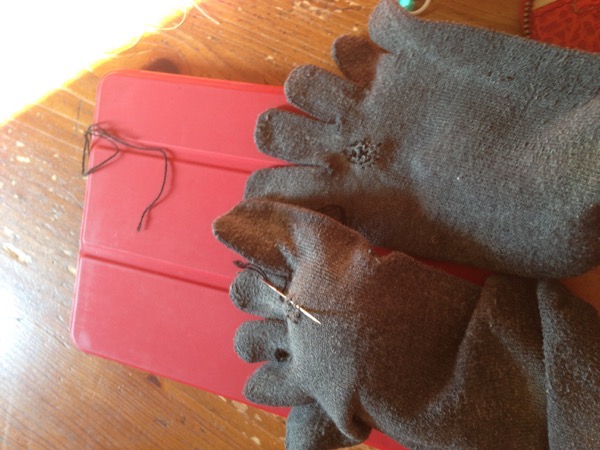 I wanted to also sew a button to another shirt of my husband’s but I couldn’t find the button in the big pile of things on top of the fridge.

Then I started a new sock, as one does.

Then I went out to the bakery and the health food store and we decided to make salad Niçoise again because we loved it so much the last time, and then, right in the middle of frantic cooking we found that we were all out of mustard. So I went to the nearest supermarket to get more. It was totally worth it. 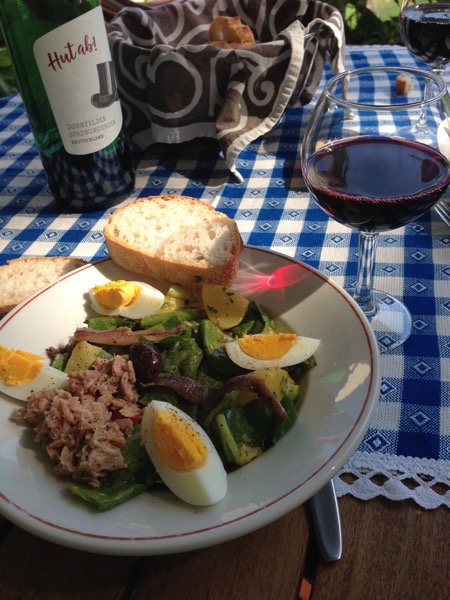 After lunch I did the dishes and hung up some laundry and then the boy came home from school. There was a lot to discuss and he needed to get all his school supplies still.

I finished everything just in time to do a quick singing warm-up before my first two students. Some time in between I shot off an email to my doctor to renew the prescription for my thyroid medication.

More teaching. Afterwards the boy practiced piano and there was more talking about school supplies. And then my husband told us about a music video he had watched the day before and so we ended up sitting down in his studio watching music videos on youtube for some time. The poor boy was pretty hungry at that point but we all enjoyed it.

And then I wrote another email and such and was right in time for yet another webinar. The monthly Orna Ross one. I keep returning so I must be getting something out of them.

After that I only had time to brush my teeth, write in my journal and that was that.

And what have we learned from this?

If you want to get any writing done? Do it in the morning. Preferably first thing. Because then if anything unexpected happens you still will have written.

So today. I will of course write first thing, and then there will be running and only a few students. I had hoped for some sewing to happen yesterday after lunch, 90 minutes should have allowed for that but actually they didn’t.

But. Today will, of course, be much better.