And again I didn’t really write first thing in the morning, and – funny enough – that meant not a lot of writing got done throughout the day.

Instead I lounged in bed reading the internet for an hour before getting up. I’m not quite sure if that’s the best use of my time in the morning.

Breakfast, then meditation, started writing, got stuck after 23 words, decided to start a new document for the second novel in the current series and transfer character sheets and settings, and then my husband was up.

We went running pretty early, and the weather was really nice: 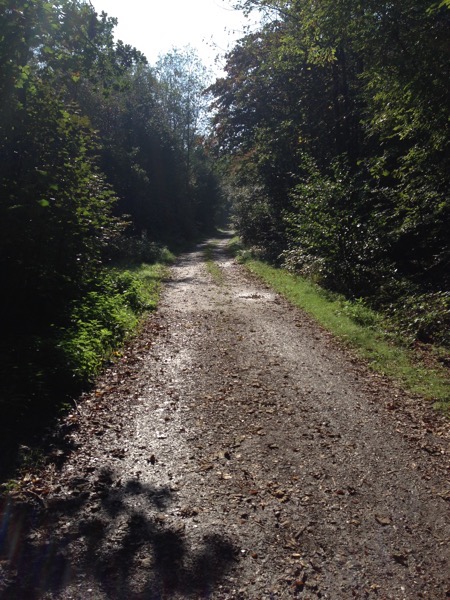 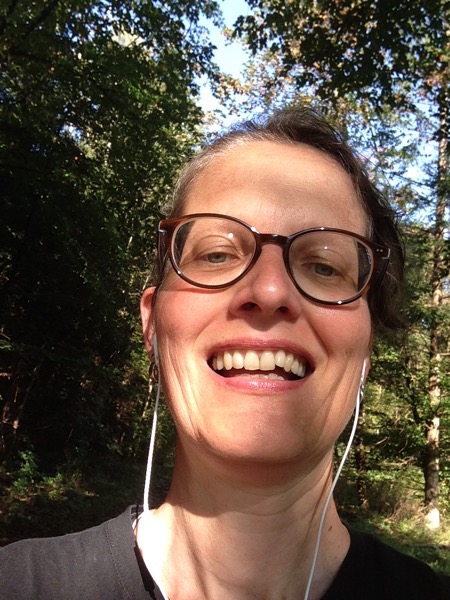 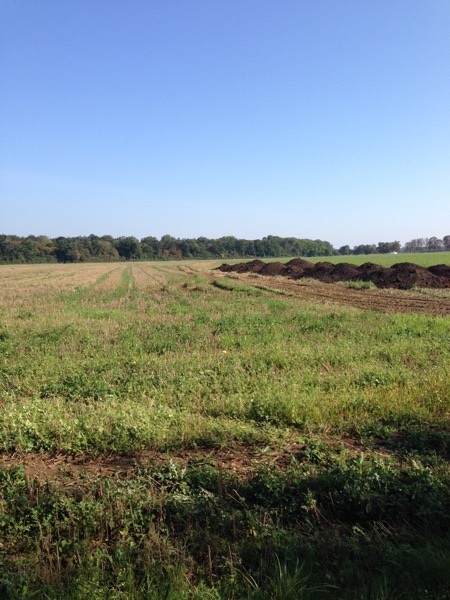 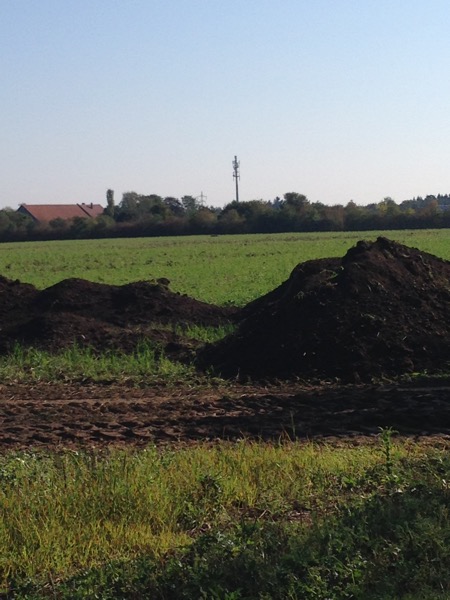 It was just beautiful out there, hence the many pictures. I hope you don’t mind.

Running was fun but again rather slow. And my hip is bothering me again so I’m debating running not as far and only three times a week. I really don’t need the hip pain back. I thought that my change in gait and the stretches that I do made the pain go away but right now that’s not working. We’ll see.

Then my husband started cooking so early that I didn’t even get to help. Well, he usually cooks three different Indian things at once and this time it was only rice and dal: 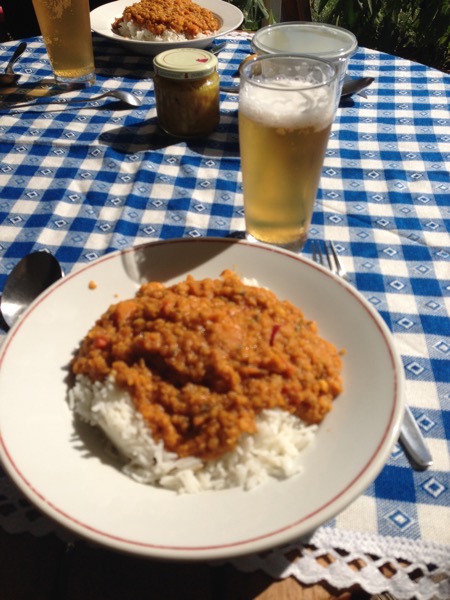 It was really delicious. Pro tip: if you have breakfast early and don’t snack between meals lunch tastes much better. Works every time. When I explained it to a friend I said that it’s like when your hiking in the mountains and you’re eating your lunch up on the peak. Food never tastes better. And she replied with; „Best boiled egg of my life!“ from the bottom of her heart.

Somewhere in there I had gotten an email about what was wrong with the file for the sign that I wanted to have printed and so, after doing the dishes, I set out to wrangle the print-monster again. And I was victorious. Soon there will be a sign on our fence announcing our services to the world. Especially that part of the world that is walking their elementary school children to school and back every day along our house.

Then I taught some students and wrote some emails, and somewhere in between I did some phone calls.

The boy had things to discuss (we’re still in the ‚sign this‘ and ‚I need money for that‘-phase of the new school year) and then he plays the piano and I took care of putting some frozen buns in the oven because we were out of bread, and then we did a little strength training, and then I found that my husband had done a load of laundry and that I had to hang it up and then I was rather done with the day.

So, while I did not practice all my instruments and only wrote 23 words I’m still pretty pleased with the day.

I wrote in my journal and made a list for today and contemplated my drawing exercise.

And then I went to bed rather early.

Today is Tuesday and Tuesday means that I’ll go to the health food store. Since we’re completely out of bread a visit to the bakery will be on the agenda as well. Quite a bit of teaching, some writing and music, and then the monthly Orna Ross webinar.

Who knows, maybe there will even be time for a little sewing…