Well, not really because I didn’t really try to fight it.

I slept in until 6.30, lounged around in bed for an hour and then started doing all the dishes from the day before. Had breakfast, talked with my husband, did dishes again, cut my husband’s hair, reprimanded the boy for getting up at eleven, went running for a short (but not quick) 5k: 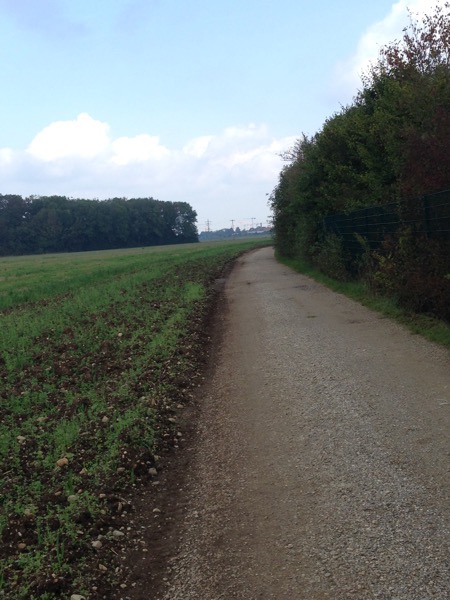 Came back and helped to make lunch. Since we were starting late we decided to have just appetizers so there were fried zucchini blossoms filled with cream cheese (and a lot of other stuff, I mean we’re talking about my husband cooking) and some bresaola: 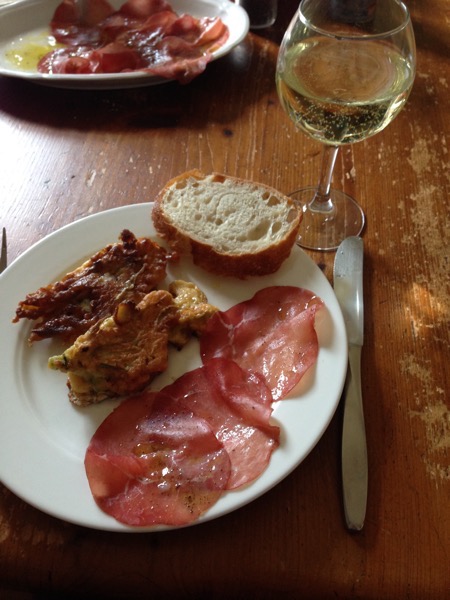 Then my husband and I realized that we knew nothing about futurism or expressionism so we had to look it up on wikipedia and when we looked up again it was 3 pm.

I then sat down to read and eat all.the.chocolate (Literally. Of the two bars that I had bought at the beginning of the week there was half a bar left and now there is none. The boy has a separate stash of chocolate.) When I looked up again from my computer it was 5 pm and the lunch dishes were still sitting there on the counter. Oops.

Of course I had hoped to do something productive with the day but I have to say I rather enjoyed sitting around doing nothing. I’m just hoping to spend today a little differently.

I read some more until it was time for watching Star Trek with the boy, then hung up some laundry. My husband was kind enough to do the dishes.

Today I will do mostly nothing with a bit of fun and productivity thrown in. I want to make music and write and set up my bullet journal for the week.

I also want to try out if I have more energy when I do more. I usually find that that is the case, up to a certain point. A point that I almost never reach, by the way. But we’ll see.