So I did finally manage to force myself to write just before going to bed the night before. In fact, I fell asleep while typing in bed and had to delete some rather weird sentences. I woke up about an hour later and went to brush my teeth.

Because falling asleep while writing is a little unpleasant and gives you a crick in the neck I decided to do things differently yesterday. I woke up really early again, 5.38 or something like that, wrote into my journal, finished the day’s blog post and then started writing immediately. I set myself a timer for 25 minutes and told myself very sternly that I couldn’t do anything else until that timer dinged. I was rather mad at myself but I did write 890 words and was in an extremely good mood for the rest of the day.

I also managed to force myself to do my one drawing exercise. Sloppily. Took all of seven minutes.

And then I was basically done with the most important things for the day.

I knitted and I read more in that design book that sounded interesting but is not quite as much as I thought. I might know more about design than I thought, though. I definitely know more about how people work and what kind of reactions they have to things and such. Being interested in people and psychology and reading a lot does make a difference at some point. I am determined to finish the book because I am still learning stuf but I have to say there are other things I’d rather be reading. Like „Competence“ which I have almost finished. So that I can start „Night and Silence“.

Then I talked to the boy about the weekend because there is a “medieval fair with horses and such“-thing going on near us on the weekend. We decided to go (none of us has ever been to something like that) and so I tried to get tickets. Well, after half an hour of research I found out that in order to get tickets I had to go to the town where the thing is held. So, we’ll try our luck when we’re actually ready to go there. Which costs more. Next time I might want to get tickets earlier, maybe. 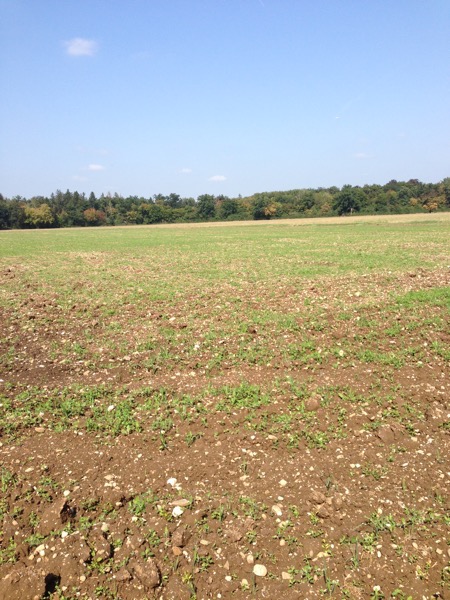 Beautiful weather, lots of dog walkers around. I was rather late.

Then I helped to make lunch which was delicious yet again: 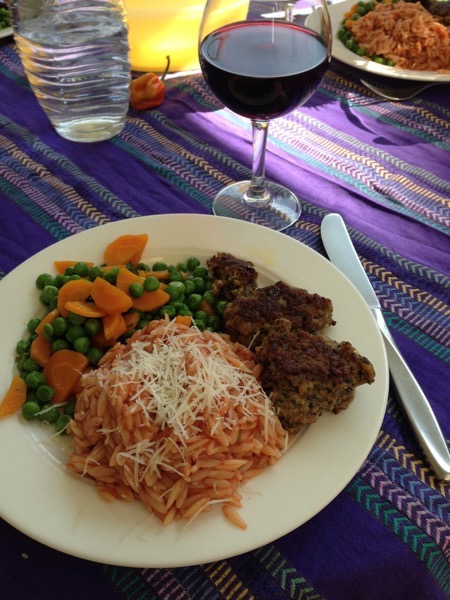 The only thing from the garden is the carrot and the tomato for the sauce. Lamb burgers where leftovers.

Then I unpacked some packages, the birthday presents for my father and brother-in-law arrived. Also: 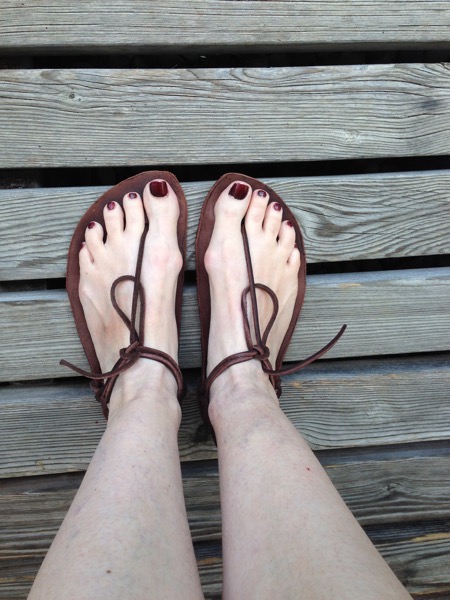 And then I realized that I could just get a new pair of shoestrings for them. The ones I had were beige, and I also had some bright orange ones but I didn’t really want to use those because while orange does gor with a lot of my clothes it doesn’t work with everything. So. One pair of brown leather shoestrings later I have a pair of really comfortable sandals that I love wearing and looking at. They make me very happy.

Then I wanted to finally tackle the sewing but it turned out that when my husband and the boy decided to go through the boxes of books that still clutter the living room-to-be I had to constantly tell them where things went and which books were mine. Half an hour later I pulled out the sewing pattern, saw that the next step would be „iron on interfacing“ and gave up for the day.

But none of that mattered because I had already written. My writing stats for the past few months had been abysmal. Around 6,000 words per month. I’ve had better writing days than that. Okay, only once or twice but still.

Then there was the guilt-free watching of Star Trek and a little more writing and early to bed.

Today there will be the grocery shopping and then the boy and I will go out for sushi because my husband is meeting his friend who lives in Spain for lunch. They have a tradition of going to the nearest Greek restaurant.

Then I will record the podcast and I even thought of a topic at the last minute.