I didn’t actually take a day off from work but I came pretty close.

My husband had planned to get up early because he had a dentist’s appointment and wanted to go running. So I didn’t plan to write first thing after breakfast. He ended up skipping his run and having breakfast at the usual time but I couldn’t know that.

I had a long list of things that I wanted to do but in the end I decided to skip my own run as well so that I could finally repair the DS that had been sitting half-gutted on my desk for weeks now.

I spent most of the morning and some time in the afternoon on this. So far the thing is fully gutted and I have transferred most of the buttons to the new casing. Now I need to find out how to put the two parts of the casing together without a broken hinge. Also, I’m really hoping that I still have all the screws. Well, I should but these things are really tiny.

There are several videos on how to do this but unfortunately no proper manual. I really, really love the ifixit-tutorials. No video, just pictures with clear instructions and helpful hints like „this one opens from the light side not from the dark side like all the others“.

So I will have to spend some more time on this soon. You wouldn’t want to have all those teensy, tiny screws rolling around on your desk for too long.

In between I helped to make salad for leftover lasagna, I taught my students, signed up for yet another webinar and I yawned a lot. 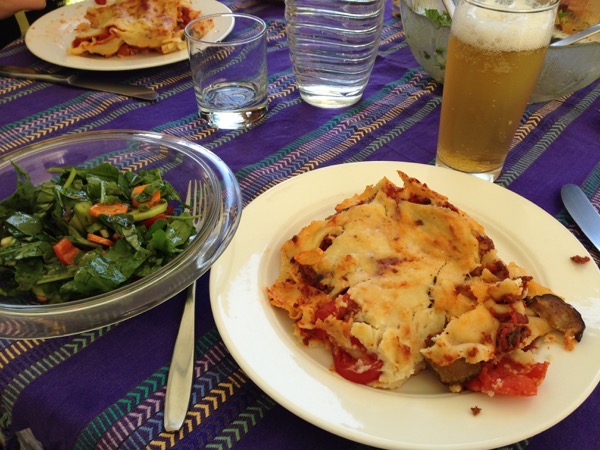 The boy was supposed to come home for lunch at 1.20 and instead was there at 12.40. That is his usual Monday lunchtime but the school’s homepage had said that lunch break had been moved.

As it had. For the other half of the students. Fun! At least we were almost ready for lunch. His lasagna was not quite hot yet and he didn’t have time to eat all of his salad but that was all.

Managed to go to bed early for once. This was sorely needed.

So today everything will be bigger and better than yesterday. I will do a long run because I skipped my run yesterday, I will maybe even go to the health food store. Then I will teach loads of students non-stop and then I will attend – yet another webinar. This one his taught by Orna Ross, at least she is in Great Britain and so I won’t have to stay up much too late.